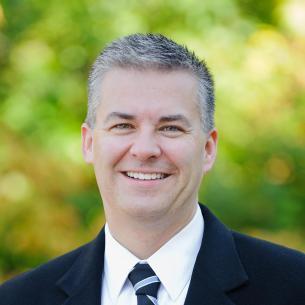 Social Media Is a Form of Media

It may sound obvious, but social media is a form of media, which can be defined as “tools used to store and deliver information or data.” Social media is “media disseminated through social interaction.” The use of media has evolved—most recently, from radio to TV, and then from TV to the Internet. We have been in the process of moving from passive/static Internet sites to social networks (Web 2.0, 3.0, 4.0—in other words, “interactive” sites).

Social media is an iteration of this ongoing evolution of media. The uptake has been fast, global, and spanning demographics. Likely, in the future, we will not differentiate "social" media from media at all. However, for now, it is still new to many people, including those in the oncology community.

What are the differences in social media versus traditional media?

There may be (and are) criticisms of individual social media platforms; however, you can't wait for the optimal platform or you will be waiting forever.

Before, at, and after the ASCO Annual Meeting, discussions will be identified on the microblogging social media site, Twitter, using the hashtag #ASCO13. And we will be discussing the use of social media at the ASCO Tweetup on June 1st, 2013, in room N226 of the McCormick Place  (#ASCO13Tweetup Tweetvite RSVP). I hope to see you connect and interact with ASCO members and content. Below are some resources that might be of help.

@DrDonSDizon—Editor of the #ASCO13 Educational Book

--ASCO Social Media site
--ASCO Connection
--ASCO Ten Tips for Use of Social Media
--Trends in Twitter Use by Physicians at the American Society of Clinical Oncology Annual Meeting, 2010 and 2011—Chaudhry et al. JOP
--Putting Twitter to Use Among Oncologists: Shared Note-Taking at National Meetings and Other Stuff—by  Mike Fisch (@FischMD) on ASCOconnection.org
--Symplur #ASCO13 analytics
--Practical Guidance: The Use of Social Media in Oncology Practice—Dizon et al. JOP 2012
--To Friend or Not to Friend: The Use of Social Media in Clinical Oncology—Wiener et al. JOP 2012
--Using Social Media in Oncology for Education and Patient Engagement—Thompson et al. Oncology 2012
--Online Medical Professionalism: Patient and Public Relationships: Policy Statement from the American College of Physicians and the Federation of State Medical Boards —Farnan et al. Ann Int Med 2013
--Tao of Twitter by Mark Schaefer (@markwschaefer)

Apps to help interact with ASCO:

To read more about these ASCO apps and find links for downloads, visit: asco.org/mobile-applications.

Mike, thanks for this post and the terrific set of resources you've embedded into it. I recently shared some of these key resources with a colleague after discussing the potential value of using twitter to enhance the key research functions of this person's group.  My colleague's response, paraphrased below, gives a voice to the hesitancy many physicians experience when thinking about social media.  At the same time, there is a tone of curiosity and willingness to explore.  Perhaps this viewpoint will resonate: "I do not have a face book account; have viewed Tweeters with suspicion (they need to get a life), and am not so attached to social media that I feel that I need to keep a pulse on everything around me. Quite the opposite, b/w the needs of family, work, expanding Institutional leadership responsibilities and hope for a personal life I am admittedly leery of so many things new or different to me. But as is mentioned in the article, our patients are very connected to these avenues and we really need to go where they are. That large cooperative groups such as SWOG are working to develop group norms around this  form of communication and ‘rules of engagement “ is, I think, encouraging.

This is just another way to get our message out and to communicate with others who share our interest.

How we go about this is something we can discuss...and then move as a group deliberately and with due diligence.

This weekend I am going to beg my son ...to help [me] create an account, and then I think I am going to start tweeting. Mike [Thompson] said it well....its kind of like riding a bike..you just have to take the plunge and learn as you go.”

I predict that many ASCO members can relate to this perspective.

Thank you for sharing that. It is true that we are all time constrained. And indeed Twitter and other forms of media -- social or not -- may not be for everyone.  However, dipping your toe in the river of tweets doesn't mean you need to buy a kayak and change your lifestyle. It's just a sampling of the temperature. Some will want to get in and some won't.

Also check out The Social Oncology Project 2013
http://www.wcgworld.com/mdigitallife -- which includes a deep data dive into #ASCO12.

Robert Miller and colleagues did not perform the same data analysis on #ASCO12 likely they did on #ASCO10 and #ASCO11.

Doctors and Social Oncology: The MDs most active in leading online cancer conversations

I missed this great commentary in my initial list of links:
Twitter: A Social Soundtrack for Medical Meetings - Thoughts From Broad Street - via @stevenshie [5/16/13] http://ow.ly/lCERO @Symplur

To which Dr. Attai (@DrAttai) responded...
@mtmdphd I hope that trend doesn't continue. I want to hear about #ASCO13 from the docs, not pharma

Dr. Attai (and others) -- what do you think of:
1) Pharma contributions to the Twitter virtual discussion?
2) Physican and other providers discussions?

Do you find the Twitter feed a valuable resource?

Current Symplur analytics can be found at:
http://www.symplur.com/healthcare-hashtags/asco13/

Also, at our #ASCO13Tweetup someone said that there were "established" social media gurus at ASCO (including myself). However, I noted that people like Dr. Tapan Kadia (@TapKadia) just got a Twitter account exactly one year ago at #ASCO12. Barely used it until #ASH12, and then arrived Friday at noon at #ASCO13 and made major contributions to the twitter conversation. So, if you have something to say...join in.

At that Tweetup we also realized that some people don't "take" to the short format of Twitter as fast as others.
Options such as guest posting to the ASCO Connection or commenting on the ASCO Interactive Annual Meeting is possible.

Regarding the contributions from Pharma - we can't live without Pharma - no question about that. However, on twitter and in other social media forums, there is no shortage of headlines meant to generate buzz and excitement. Our role (in my opinion) as physicians is to cut through the headlines and provide some interpretation of the latest, greatest drug or provide context for clinical trial results. We do no service to our patients if all we do is regurgitate headlines - it's no different on line as it is in our individual practices. Not always easy to do in 140 charachters - which I'm sure is why many physicians don't even bother with twitter. However as you mentioned, there are other forums where the physician voice can be heard. I use my practice Facebook account quite a bit for posting a new study and then providing detailed context and commentary. Blog posts are another option.

I think the most important thing is that physicians keep at it - our voices need to be heard and our patients (real and virtual) are counting on us.

Thank you for including this breast surgeon in the discussion!

I and I'm sure many others appreciate your comments.
Thank you for engaging in the discussion, both on Twitter and on ASCO Connection.
We know anecdotally about the ASCO Connection print version and from analytics about the online version that there are many viewers. However, interaction and discussion is less.

I hope other ASCO members and non-members chime in and add to our knowledge base.