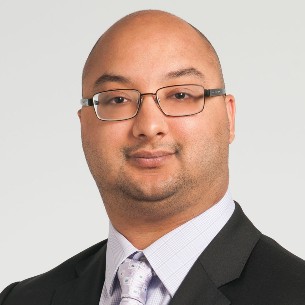 By Miriam A. Knoll, MD, and Chirag Shah, MD

Brachytherapy is a form of radiotherapy where a radioactive source is placed inside or on the surface of the body to treat cancer. While brachytherapy is indicated as part of or as definitive therapy in the treatment of many types of cancer, including prostate cancer, cervical cancer, breast cancer, and head and neck cancer, several studies have reported a decline in its use in the U.S. as well as worldwide.

To bring awareness to this radiotherapy technique, the American Brachytherapy Society Social Media Committee (full disclosure: CS is chair of the committee and MAK is a member of the committee) headed a Twitter-based social media campaign utilizing a new hashtag, #ThisIsBrachytherapy. The campaign was held on July 17, 2019, and was modeled after the successful #WomenWhoCurie social media campaign which simultaneously celebrated Marie Curie’s birthday and also brought awareness to the stagnant representation of women in the radiation oncology physician workforce.

The first ever #ThisIsBrachytherapy campaign was a great success. We obtained data from Symplur, a platform that analyzes health care analytics and hashtags. One hundred and two participants generated 217 tweets and over 254,000 impressions from July 16 through July 20, 2019. Radiation oncologists from across the United States, United Kingdom, France, and Australia shared tweets regarding the brachytherapy equipment, treatment plans, diseases treated, and brachytherapy teams. 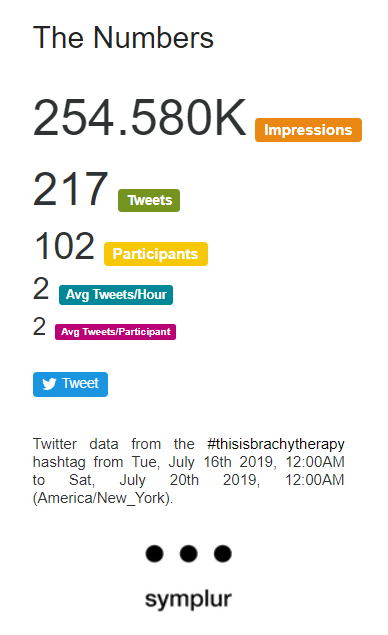 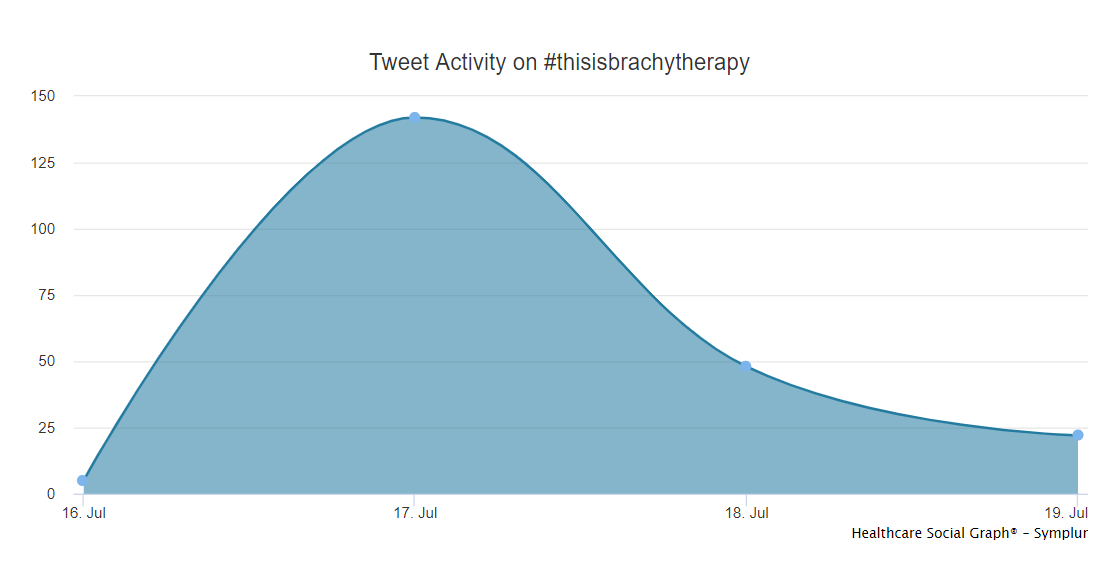 Bringing social media attention to this often underutilized cancer treatment is important because 72% of Americans search online for health information. In addition, Twitter facilitates connectivity and conversations between physicians, physicists, and other brachytherapy professionals worldwide; by utilizing the hashtag #ThisIsBrachytherapy, anyone with an interest in brachytherapy, radiation therapy, or cancer treatment can join the conversation.

With this inaugural #ThisIsBrachytherapy campaign, we hope to continue to bring awareness and attention to the significance of brachytherapy to cancer care.

Dr. Knoll is a board-certified radiation oncologist at the John Theurer Cancer Center at Hackensack University Medical Center in New Jersey. She is an associate senior editor for the American Society of Radiation Oncology (ASTRO)'s journal Advances in Radiation Oncology. Her research interests include breast cancer, lung cancer, social media in medicine, and women in medicine. In addition to writing for ASCO Connection, she is Forbes contributor. Dr. Knoll lives with her physician husband and four sons in New York. Follow her on Twitter @MKnoll_MD and on Instagram @Dr.Mimi.K.