The Political is Personal: A Case for Greater Political Awareness on the Part of Physicians 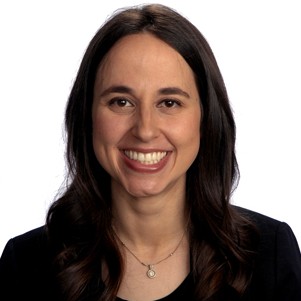 By Talya Laufer, BA, and Miriam A. Knoll, MD

The second-wave feminist movement of the 1960s famously announced that “the personal is political,” declaring to the world that the day-to-day experiences of women were rooted in problems of systemic policy, rather than the dynamics of their own relationships. This notion is now a widely accepted dogma of social theory, whereas the reverse concept is not sufficiently appreciated: the political is personal. Debates on the floors of Congress and on campaign stages around the country directly affect the lives and opportunities of individual citizens. Physicians must similarly consider the impact of government policymaking on their ability to do their jobs and provide patient care of the highest quality.

It is no small feat to stay on top of the relevant emerging data in one’s field; doing so requires disciplined and efficient reading and processing. Keeping up with political current events and becoming educated on the positions of potential and current elected officials may, then, seem to be secondary in importance for good practice. To the contrary, however, current events on the Hill are as relevant to our practice and our patients as current events at NCI; Politico is as impactful a publication as the New England Journal of Medicine. This is especially true as we approach a presidential election year, and several elements of American health care could be altered dramatically in the run-up to elections and in their aftermath.

One of the proposals being hotly debated right now is the issue of surprise medical bills. Such bills are often a result of patients receiving emergency care from out-of-network providers without being given the option to elect for in-network care because of the emergent nature of their treatment. In other instances, patients seeking care at an in-network facility of their choosing are treated by an out-of-network consultant—a distinction they only learn for the first time upon receiving the bill weeks to months later. There is rare bipartisan support in Congress for legislation that would ban bills of this nature; however, the medical profession is divided in its opinion on this topic. One camp is advocating for the “Lower Health Care Costs Act” in the Senate and the “No Surprises Act” in the House. These bills outline a “benchmarking” system, in which payments to out-of-network physicians are determined by the median in-network payment for comparable services or, alternatively, 125% of the Medicare reimbursement rate for the service.

The opposing view claims that the blame for surprise medical bills lies with insurance companies that force physicians to not participate in-network because of insurances’ unreasonably low reimbursement rates. These voices, amplified by the power of private equity-backed lobbying, are advocating for an arbitration system wherein fees for out-of-network services would be determined in a case-by-case manner by a third-party arbitrator, without a pre-imposed cap on permitted charges.

A second issue, of particular interest to oncologists, is that of HPV vaccination. According to the CDC, greater than 34,000 HPV-attributable malignancies are diagnosed in the United States each year, including oropharyngeal, cervical, anal, vulvar, penile, and vaginal carcinomas (in order of decreasing incidence). Level 1 evidence from multiple prospective randomized controlled trials has demonstrated the efficacy of the 9-valent and quadrivalent HPV vaccinations in preventing CIN, VIN, VAIN, and AIN. (While the vaccine has been shown to be effective at preventing oral HPV infection, its efficacy in preventing oropharyngeal and penile cancers has not yet been evaluated.) In light of this overwhelming evidence, one may assume that parents would be rushing to get the two doses of this anti-cancer vaccine for their children between the ages of 11 and 12, as recommended by the CDC. And yet, in 2017, fewer than 49% of U.S. teens between the ages of 13 and 17 completed the series. Reports have surfaced all over the country of pediatricians offering the vaccine to minor teens at the recommended age (between 11 and 12 years, or as early as 9 years; the vaccine’s efficacy is significantly diminished by prior HPV infection) whose parents refused to consent on their childrens’ behalf.

In May 2019, a bill was introduced in the New Jersey legislature to allow minors over the age of 14 to consent to vaccinations, including the HPV vaccine, in the absence of parental consent. It failed to pass. The New York State Senate tried to pass a recent bill whose goal was to add HPV vaccination to the list of required immunizations in New York State. This attempt also failed. Of note: California, Delaware, Minnesota, New York, and Washington, DC, have all enacted laws allowing minors to consent for vaccination related to sexually transmitted infections, including HPV and hepatitis B.

The local politicians and elected officials who vote against these lines of legislation cite concerns that HPV vaccination will lead children to engage in risky or irresponsible sexual behaviors. A 2015 study, published in JAMA Internal Medicine, followed 886,981 high school students across the country from 2001 to 2015. The observational study reported: “Human papillomavirus vaccination was not associated with increases in STIs in a large cohort of females, suggesting that vaccination is unlikely to promote unsafe sexual activity.”

As physicians in 2019, we bear witness every day to the reality that the political is increasingly personal. With election season approaching, it is our duty to educate ourselves on which candidates for local, state, and national offices rely on high-level evidence to inform their policy and which of them hold the health and well-being of their constituents as the paramount value guiding their electoral strategy. It is our imperative to become conversant with these issues and many others like them to determine which candidates will best facilitate the provision of optimal care, and to make these choices known at the ballot box.

Dr. Knoll is a board-certified radiation oncologist at the John Theurer Cancer Center at Hackensack University Medical Center in New Jersey. She is an associate senior editor for the American Society of Radiation Oncology (ASTRO) journal Advances in Radiation Oncology. Her research interests include breast cancer, lung cancer, social media in medicine, and women in medicine. In addition to writing for ASCO Connection, she is a Forbes contributor. Dr. Knoll lives with her physician husband and four sons in New York. Follow her on Twitter @MKnoll_MD and on Instagram @Dr.Mimi.K.