ASCOconnection.org is a forum for the exchange of views on topical issues in the field of oncology. The views expressed in the blogs, comments, and forums belong to the authors. They do not necessarily reflect the views or positions of the American Society of Clinical Oncology. Please read the Commenting Guidelines. 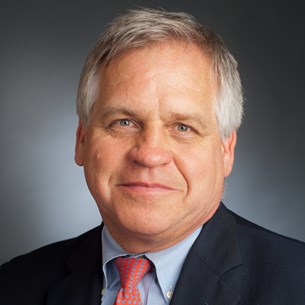 2017 ASCO Practice Census: Take the Survey Today to Help Shape the Future of Cancer CareBruce E. Johnson, MD, FASCOJun 12, 2017
Preparing for the future starts with gaining clarity about the present state of oncology care. Our goal is for practices in all settings across the U.S. to provide feedback in the 2017 ASCO Practice Census.

Why It's Important to Make Your Voice HeardAnees B. Chagpar, MD, MPH, MBA, MSc, MA, FACS, FRCS, FASCOMay 08, 2017
If you say things of consequence, there may be consequences; but the alternative is to be inconsequential. Particularly in these tumultuous times for health care and research, we need to speak up!

An On-the-Ground Approach to Implementing MACRA in Your PracticeGuest CommentaryMay 03, 2017
Mr. Harvey D. Bichkoff offers a firsthand perspective of MACRA implementation at Marin Cancer Care, the private practice for which he serves as CEO.

Adverse Events: A Clinical Trialist's Thoughts on Reporting and Right-to-TryDaniel F. Hayes, MD, FASCO, FACPApr 07, 2017
We’re making progress in better understanding, and communicating, the many issues surrounding adverse events, although not as fast as we’d like. In the long run, our patients will benefit from all of these initiatives.

ASCO Statement on the Annual Report to the Nation on the Status of Cancer, 1975-2014 Daniel F. Hayes, MD, FASCO, FACPMar 31, 2017
Sustaining this progress described in this report will be determined in large part by the level of federal investment in our nation's biomedical research enterprise.

Cancer Care for Undocumented Immigrants: A Vulnerable Population Deserves Adequate CareGuest CommentaryJan 30, 2017
In the past 2 years, Bellevue Cancer Center's legal clinic saw more than 75 patients who were ineligible for lifesaving transplants or clinical trials due to their immigration status. Ms. Domna Antoniadis and Dr. Daniel Boxer outline the challenges faced by these patients.

Apply Now for Health Policy FellowshipDaniel F. Hayes, MD, FASCO, FACPNov 28, 2016
Policy issues fundamentally affect us, our practices, and most importantly, our patients. As I hope you are aware, ASCO has our backs.  Indeed, understanding and making meaningful changes to health policy has become a major focus of ASCO.

Become Engaged, Stay Engaged: More Important Than EverEdward P. Balaban, FACP, DO, FASCONov 28, 2016
We (the ASCO delegation) have just returned from the interim American Medical Association (AMA) House of Delegates meeting in Orlando. ASCO proposed a resolution focused on the restrictive opioid policies being adopted by many states. Many of the state legislations include language restricting...

ASCO Commends Cancer Moonshot for Helping Accelerate Progress Against CancerDaniel F. Hayes, MD, FASCO, FACPOct 18, 2016
Vice President Joe Biden and the government-wide Cancer Moonshot Task Force have presented today a sweeping vision that, if realized, could change the face of cancer prevention, screening, treatment, and survivorship as we know it.

Fish Story: What Is the Purpose of Big Pharma?George W. Sledge, MD, FASCOAug 30, 2016
Many of the successful, FDA-approved drugs commonly used in cancer care were developed at small biotech or pharma companies—so what role do the "big fish" play?

Unity, Progress, and Federal Research Funding: An Optimist’s PerspectiveDaniel F. Hayes, MD, FASCO, FACPAug 24, 2016
Support for federal research funding for cancer is not about politics. It's about people. There is no one in our society—liberal, conservative, libertarian, or just don’t care—who isn’t touched in some way by cancer.

Are You Ready for MACRA? Daniel F. Hayes, MD, FASCO, FACPJul 11, 2016
Believe it or not, the Medicare Access and CHIP Reauthorization Act of 2015 was passed more than 1 year ago, and program changes begin in less than six months, on Janurary 1, 2017.

Brazilian Society of Clinical Oncology Makes Last Stand Against "Miracle" Cancer Drug Gilberto Lopes, MD, FASCO, MBAMay 23, 2016
This is the story of how, like Mr. Smith in Washington, the medical community in Brazil gathered to speak truth to power about the lack of evidence for phosphoethanolamine as a cancer treatment.