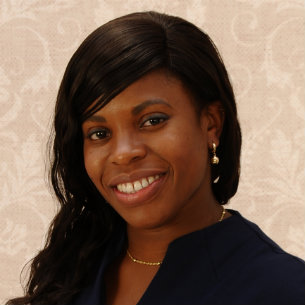 There Can Be Miracles

These are the kind of words and phrases that swarm in my head when I find myself in this situation: a patient with an aggressive malignancy, a grim prognosis, and “strong faith” that they will be healed.

I find it’s the perfect recipe for a stalemate when it comes to treatment planning. It is a clinical scenario that I must navigate extra-carefully, so that the patient before me understands that I truly respect their faith and that I’m on the same side, on the same team, wanting the best clinical outcome.

It’s right along in my mind with one of our favorite real and simulated patient scenarios: “The Angry or Difficult Patient.” It’s a little different, of course, but I end up hanging it on the same rack in my clinical skills closet. It’s usually not the eruptive scenario you can get with an angry patient—instead, quite often, it’s a smoldering “I don’t trust you and your pharmaceutical poisons and would rather pray and go ‘natural’” deal.

The end point often feels the same though. A smidgen of frustration, just enough to make the day seem a little longer.

Frustration, because you know cancer doesn’t sit around while you take your time. It’s a pretty busy disease for the most part. Progressing.

Frustration, because if you’ve practiced medicine long enough, you’ve seen this scenario play out before, or heard about it before. Maybe one too many times. More often than not, weeks to months later, you get a call or a phone note about this same patient, now with complications or disease progression and an even grimmer clinical prognosis. Many times, he or she is now willing to try the original treatment plan. Unfortunately, sometimes it’s too little, too late.

So maybe you’re like me and have found yourself, once or twice, leaving this clinical encounter feeling doubtful. Doubtful that you’ve communicated effectively. Doubtful you’ve helped your patient understand your genuine concern and willingness to help. Doubtful you’ve communicated your respect for their beliefs along with the understanding that you are also compelled professionally to share the somber reality of the science and facts of their disease.

As a non-denominational Christian, a born-again believer, or whatever my version of faith is described as these days, I have sat through and watched several sermons and clips of preachers using the example of the “doctor’s report” as an opportunity to prove the magnitude of one’s faith.

Like a great comeback story, these messages create a movie clip in your mind.  A faithful patient walks into the doctor’s office. The doctor pulls up and points at images of CT and PET/CT scans and looks bewildered.

“I can’t explain it. The tumor is gone.” And not just gone. Vanished, as if it were never there, without any treatment. Well, no treatment, except prayer.

Whenever I hear this example, I cringe. I am concerned that such sermons fuel the foggy perspective that faith and medicine are incongruent, when so many times I’ve seen them intersect so gracefully. I know it’s very complicated because while there are miraculous, unexplained, true stories of people getting healed spontaneously, the truth is that the vast majority do not—regardless of the depth and sincerity of their religious beliefs.

Faith is a beautiful thing. It’s fuel for a mission, it’s inexhaustible hope, it’s audacity. It’s visualizing something that hasn’t existed before, believing it is possible. It’s also deeply personal and discussions around it can get inflammatory and touchy.

I’ve come to learn that having faith does not necessarily mean you will be healed, at least not in the way you hope. Sometimes healing is a long, drawn out process, sometimes it never comes physically, even when we have faith. I am learning that with both faith and science, there are things we don’t—and maybe can’t—understand. I know that I personally believe in God and miracles, and that God still does miracles. I believe He still performs the spontaneous, instantaneous kind of miracles, as well as the equally beautiful, day-to-day, often overlooked, kind of miracles.

Over the years, I’ve seen a lot of unnecessary suffering and death from holding on to the idea that God performs only one kind of miracle—complete remission, often spontaneously, without treatment, preferably instantaneously.

But I’ve seen other miracles, the kind of miracles that I am a part of everyday. Dedicated researchers and clinicians showing up in spite of their personal hardship and losses to care for another human being. I’ve seen other patients almost give up but continue to press on after hearing a story of another patient who pulled through. Above all, I’ve seen how diseases that were once incurable death sentences have become treatable, curable.

I have seen the miracles of immunotherapy and targeted therapies, and as we gain a deeper understanding of the science behind cancers, more promising treatments are emerging.

I have seen clinicians take a leap of faith by enrolling patients in early clinical trials when their backs are against the wall when it comes to treatment options. I have seen the delight when somehow a patient, who has exhausted the lines of therapy that the current standards of care propose, goes into complete remission on an early-phase experimental drug.

I call that a miracle!

I have seen how medicine (via treatment planning and support from multidisciplinary teams) and faith (through pastoral support and support from a patient’s faith community) can work in synchrony, making for such a beautiful outcome: not always a cure, but a journey of hope, comfort, and courage.

It’s one of the most beautiful things, I think. When a lonely journey like cancer is made much less lonely because you’ve got a large team helping and cheering you along, without the wearying shame from believing that receiving conventional medical care somehow negates your faith.

One of my very favorite true stories and movies of all time is Miracles from Heaven (a must-see in my book, if you haven’t). Now if you know me, you know I’m so not a fan of weepies and tearjerkers, and it takes a lot to make me cry, but this one gets me each time.

What is especially beautiful about the story to me—and the movie captures this so well—is not just (spoiler alert) the miraculous healing, which I have to say was just mind-blowing and simply incredible. Rather, the real trip for me were the other, easily missed miracles, that paved the broken road, that led to that final, miraculous healing.

The kindness of neighbors and strangers, the dedication of first responders, the amazing doctors, clinical and administrative staff that chose to be hopeful, vulnerable, even when it was risky and uncomfortable. The minister who stood by this family and didn’t judge what he couldn’t understand. The love and resilience of the family despite their differing perspectives on religious faith.

To me, those were the precious little miracles, that made that final miracle ring true.

So I hope before faith communities throw shade on clinicians, medicine, and science, they understand that faith shows up in our clinics and hospitals more often than they think. Prayers are spontaneously prayed in operating rooms, in the middle of emergencies, while dealing with a difficult patient and, yes, in the middle of professional exams.

No one should feel shame, fear, or guilt for seeking out medical care, nor should anyone be pressured into receiving care that they don’t want. Again, it’s deeply personal. From a public health perspective, leaders of faith-based communities can and should be a strong influence in promoting health. No one should have to die or suffer from complications of a disease because of poorly executed faith-based messages that inadvertently polarize faith and medicine.

There is faith. There is medicine. And most days in my world, they actually blend together like a well-made smoothie. I find that I like to keep it that way.

So here’s what I tell my patients, when they ask me what I think as a Christian physician: “I believe with you that God still performs miracles, but I cannot assure you that you’d be healed by a spontaneous, instantaneous miracle without treatments. Based on my knowledge and clinical experience, what I can tell you is that left untreated, the clinical data shows that this disease is aggressive, and it will more than likely take your life. And I want to help the best I can.”

And I pray to God, for a miracle.

Dr. Oluwasanjo, Thank you for your eloquent essay that captures many facets of this clinical challenge and highlights how patients can blend science and faith in healing ways. It struck a nerve because I recently wrestled with this clinical dilemma as a physician-survivor in "Patients' Hope for a Miracle" (Oncology Times, 1/5/19). Now I can share an oncologist's perspective, too, when I talk about this topic. With respect and hope, Wendy

Thank you so much, Dr. Harpham for your warm and kind comment! I looked up your article and I thoroughly enjoyed reading it! It just truly echoes the fact that to improve health outcomes we have to "try" to address all the many facets (like you said :)), all the complex psycho-socioeconomic and spiritual aspects of an individual's well being.  It does hit close to home because I've seen a number of close friends and relatives struggle with this too. I really just try to find a way to get the message across, the best I can, that science and medicine are not "anti-faith", and can be seen as just another dimension of it. All the while being aware that faith is personal and can be a very touchy subject.