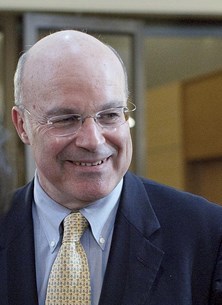 Leaving My Laptop at Home

I'm traveling on business for the first time in almost twenty years without a laptop computer, bringing only my iPad and my iPhone. We'll see how it goes. This allows me to fit all of my travel goods in a Patagonia backpack, which I place in under the airplane seat in front of me; no checked luggage or need to jump inboard first to claim an overhead bin. Granted, I have only one set of outer clothes, so a spill (as when this morning I peeled back the foil seal on my small yogurt tub with the opening pointed toward my shirt, and some of the contents landed there), unexpected weather emergencies (rain at the meeting or going to dinner), or travel delays could be awkward, but my usual business activity of moving between air-conditioned caverns should be sufficiently provided for.

My computing needs are checking email, reading the meeting agenda sent to me as a PDF file, and composing relatively simple, unadorned plain text. I don't have to compose, modify, or present any PowerPoint presentations (I have learned to only trust Windows-based PowerPoint to preserve the formatting). I'm also carrying a large-capacity stick drive containing several Briefcase files, which are synchronized with my Dell Windows desktop at home. My hard drive synchronizes itself to MozyHome, an Internet cloud-based backup system that runs overnight. If I have to give a presentation or work on something requiring full Office functionality, I will use one of the hoteling or condominium computers at ASCO or at the hotel.

My iPad (and the iPhone as well) synchronize my university and hospital email and address book (also known as Contacts in Apple-speak) with the servers back at work. For documents, I have come to rely on the cloud-based application DropBox. The minimum level of service is free, and more storage (5GB is the threshold) is tier-priced. On a Windows computer (which is the configuration of my home desktop) the integration is pretty slick. Once installed, the DropBox icon appears in the MyDocuments folder, and allows for the creation of multiple subfolders just like on the C drive. As far as I can tell, with a fast internet connection the DropBox drive functions just like a folder on my local hard drive, and I use it to open, edit, and save Word, PowerPoint, and other files seamlessly when at home. (My iPad was a gift from ASCO when I left the President position, for which I am very grateful.)

DropBox is not my first knowing foray into use of the cloud. I tried the Microsoft Windows Skydrive, but found the interface clunky and ended up not using it. I had a foray into GoogleDocs but also found them hard to use; I am also, perhaps unrealistically so, concerned with Google's access to information which I consider private, and may be relatively sensitive. (I take great effort to not store any patient or other Protected Health Information in the cloud.) At work, both at the University of Michigan and at Stanford, our network has "N" or “S" drives for backup or archival storage, and for file sharing. DropBox works on the road, and seems more convenient to use than these familiar mechanisms.

DropBox also has a "Favorites" feature, which allows storage of a few favorite files on a computing device's local memory, and is able to synch up the Favorites on each device. I use this, for instance, to keep recent photos from my iPhone camera available on my iPad. I have also loaded the PDF file of the meeting agenda temporarily into my Favorites folder, so it is available offline (such as now in the airplane cabin) and I can review it during flight or other times.

I haven't yet used DropBox's file-sharing or public-access features, but I have set up a potential collaborator with his own, private access to one of my folders and he has accepted (which I know because of the sharing icon on the folder for this project). The public folder allows non-DropBox users to access files. This is accomplished through the use of URL, which can be embedded in emails, blog posts, or any documents which allow hypertext.

The one fault I have found is using the iPad's native word processor "Pages" to compose or edit Word documents. Unlike on a Windows computer, I cannot drop the files into a DropBox folder or export them. My workaround is to email the updated file to myself as an attachment. The next time I'm on a Windows computer I open Internet Explorer, sign on to the DropBox Internet application, and upload the modified file into the appropriate DropBox folder. Judging by reading of the DropBox blog sites, saving an iPad-created file to DropBox is a common, unresolved problem.

One suggestion is the app GoodReader, which I bought last weekend from the iTunes store for $1.99. GoodReader appears as one of the choices to open a document (in addition to Pages) but my experience is limited. I'm concerned about keeping track of multiple versions of a document (and inadvertedly overwriting the most recent version with an earlier version). GoodReader looks to be able to allow annotation and highlighting of PDF files, but its file management and synchronization system requires more familiarity on my part. More later.

We're eastbound, three hours into the flight. The day is clear and the fields below are brown, punctuated by meandering rivers and straight blacktop roads and occasional stands of trees (probably cottonwoods). Altitude is 36,993 feet, and we are on a track north of Omaha, flying at 532 mph with a 19-mile per hour tailwind, according to the rotating display on the seatback. I've had a short snack and written two and one half pages using iPad keyboard. The touchpad keypad slows my typing and my eyes are starting to feel fatigued. Battery, which was fully charged when I left home, shows 77% charge remaining. Battery life is no doubt lengthened by not using the in-flight Internet connection.

Time for a rest.

Doug,
I would be interested in hearing your impressions of how well the iPad works as a word processor without a mouse. I have heard others say selecting text in a non-native app with a fingertip (such as trying to put the insertion point into the middle of a word) is tiresome. I am debating getting an iPad and using a VPN connection to our clinical apps at Hopkins to test it out at the bedside. But I have heard that unless you are using an iOS version of the app, if it exists (and to my knowledge none do for our legacy systems here), it is too hard to navigate menus and buttons.

Bob:  You're porbably correct.  My take: