Doctors, Patients, Families: Part of the Same Fabric of Humanity 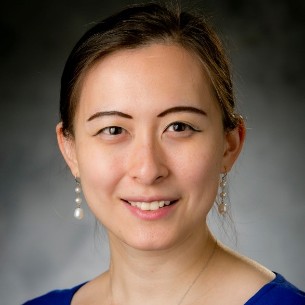 Author’s note: This piece was written while I was a third-year medical student at Harvard Medical School, around 2007-2008. I came upon this reflective piece recently while going through old files, thinking about a recent student’s question that perhaps, in order to protect ourselves from burnout, shouldn’t we separate our emotions from patient care? I had replied to her that contrary to separating our emotions, it is the shared humanity of life and death that I share with patients and their families that then motivates our research and drive to improve clinical outcomes. My job as a medical oncologist requires that I care for patients with metastatic disease, often helping them with end-of-life decision making. This piece shows how perilous all of our medical treatments can be. By sharing their pain, I am more invested to finding a better treatment to prolong the lives of my patients.

Rose*, my first patient on my neurology rotation, was a 76-year-old woman with a complicated history of peripheral and carotid artery disease, status post carotid endarterectomy, who had been at her gastrointestinal doctor’s office when she complained of slight numbness and tingling in her right hand, as well as weakness that made her drop her handbag from time to time. Concerned about the possibility of lacunar stroke, he sent her into the emergency room of the Massachusetts General Hospital (MGH). She walked into the hospital—and never walked back out.

My first day on the stroke service at MGH consisted of getting accustomed to a new team and a new way of treating patients while on the floors. I began to follow Rose’s progress that day, although I could never have imagined the outcome. She had been in the hospital for 3 days at that point, anticoagulated with heparin because ultrasound had found her repaired carotid artery to be almost completely re-occluded. Before I left that day, I introduced myself to the elderly woman with snowy white hair, telling her that I would visit more extensively with her the next day. At that moment, she spoke clearly and interacted appropriately with me.

The next morning, when I went to pre-round on Rose at 7 AM, she did not respond to my attempts to wake her. Unknowing, I did not yet understand the difference between altered mental status and the state between sleep and wakefulness. I could only guess that she was not quite awake and continued on to morning report. At 8 AM, I rejoined the team outside Rose’s room, only to hear that she had become hypotensive and had a 10-point drop in hematocrit, which in a patient on heparin was concerning for GI or retroperitoneal bleed. She received a transfusion of 3 units of red cells and was transferred to the neurology intensive care unit, where the neuro stroke fellow began the painstaking task of placing a central line.

Although I had just come off of my surgery rotation and understood the tricky technique of central line placement, I was just a medical student and could only stand beside Rose for moral support. I watched as the fellow put down layers of white sheets and sterilized blue drapes, making a sterilized field at the neck. I remember thinking that Rose was smothered under the sheets, and that she had been dehumanized to become just another sterile field where he would work. I watched as the blue sterilized sheets mixed with bright red, stained with Rose’s blood, as the fellow spent the following 3 hours inserting the line first through the femoral vein, then through her internal jugular vein, desperately trying to gain access. I could only stand to the side, lifting the suffocating sheet off of her face and holding her pale, bloodless hand in my purple gloved one.

Several hours later, Rose finally had her line, received intravenous fluids to replenish her volume, and became hemodynamically stable to undergo a CT scan of the abdomen and pelvis. CT showed the 16.6-cm fluid collection in the retroperitoneal space and a right iliopsoas hematoma. With the anticoagulant that Rose had needed, the delicate balance between clotting and bleeding had tipped toward this devastating hemorrhage.

In a study of 119 patients with spontaneous retroperitoneal hemorrhage, 14 died—all of them were on anticoagulants.1 Eight of the 14 were on heparin or warfarin alone, and the other six were on a combined anticoagulant-antiplatelet regimen. Rose had been on heparin when we caught her retroperitoneal bleed. As I left the hospital that day, I asked myself again and again whether Rose would die, knowing the data were not in her favor.

The day after Rose was transferred to the neuro ICU, I walked into her room. She smiled weakly at me as I came in, perhaps recognizing that I had been by her side through the painful moments of resuscitation, throughout the duration of the central line placement. Although I wanted to be hopeful, I knew that she still had much to pull through—her many organs were all suffering from lack of perfusion, and her brain had lost precious moments without oxygen or nutrients. Two days passed. Rose had become more somnolent with each passing day, until her eyes glazed over and she could no longer recognize me.

I was on call the day when Rose’s children agreed to discontinue their mother’s suffering; it was only one week after Rose had been admitted to the hospital. I came back from class and saw all five of Rose’s grown children—three sons and two daughters—and their husbands and wives in the hallway outside the neurology ICU. I stayed with them that evening, talking them through their mother’s brief but eventful hospital course. Describing trials of heparin and aspirin going back to the international Stroke Trial in 1997,2 I explained the reasoning behind their mother’s treatment of heparin after thrombotic occlusions of the carotid artery and the delicate balance between clotting and bleeding that doctors negotiate when treating thrombosis and strokes.

Surprisingly, Rose’s children did not blame the system for their mother’s rapid decline in the hospital. Instead, they inquired after me, their connection to the gaggle of white coats that came to see their mother each morning. Seeking to reassure themselves that I would understand their plight of losing a mother, they asked me what I did, who I was, where I had come from. They sought to reassure themselves that even though I wore a white coat, I was part of the same fabric of humanity that they knew and understood. As they changed their mother’s goals of care to comfort management, they sought to know that the medical team taking care of their mother would grieve as they would grieve.

Indeed, our status as health care professionals does not protect us from death and dying. There are times when the delicate balances that we negotiate every day while managing the health of our patients tip, and we are helpless to prevent or to stop the progression of illness, age, and mortality. And we grieve, as we ought to grieve for a death of our own kind, a member of our human family.

In her book Kitchen Table Wisdom, Dr. Rachel Remen (a palliative care specialist) discusses the important impact that grieving has on the connection between the health care professional and his or her patients. She writes, “‘On to the next’ is a denial of a common humanity, an assertion that someone can die in front of us without touching us. It is a rejection of wholeness, of a human connection that is fundamental.”3 From my evening with Rose’s children, I witnessed this connection and accepted that my frustration with the system that led to Rose’s demise arose from the grief that I was feeling as their mother faded.

My first patient on the neurology rotation died within one week of being admitted for slight right-sided numbness and tingling.

Dr. Zhang received her medical degree from the Harvard-MIT Health Sciences and Technology (HST) program at Harvard Medical School and completed residency in internal medicine and fellowship in hematology/oncology at Duke University. She is currently an assistant professor within the Division of Medical Oncology at Duke, specializing in genitourinary (GU) malignancies. She actively leads both clinical and translational research studies in the GU oncology and Cancer Immunotherapy groups. She is the overall study chair for the phase III PDIGREE trial for metastatic renal cell carcinoma in the Alliance cooperative group and serves as principal investigator for several investigator-initiated trials at Duke. She is committed to improving novel therapies and biomarkers for patients with GU malignancies.