Can Physicians Be Too Social on Social Media? A Discussion With Dr. Charles Blanke 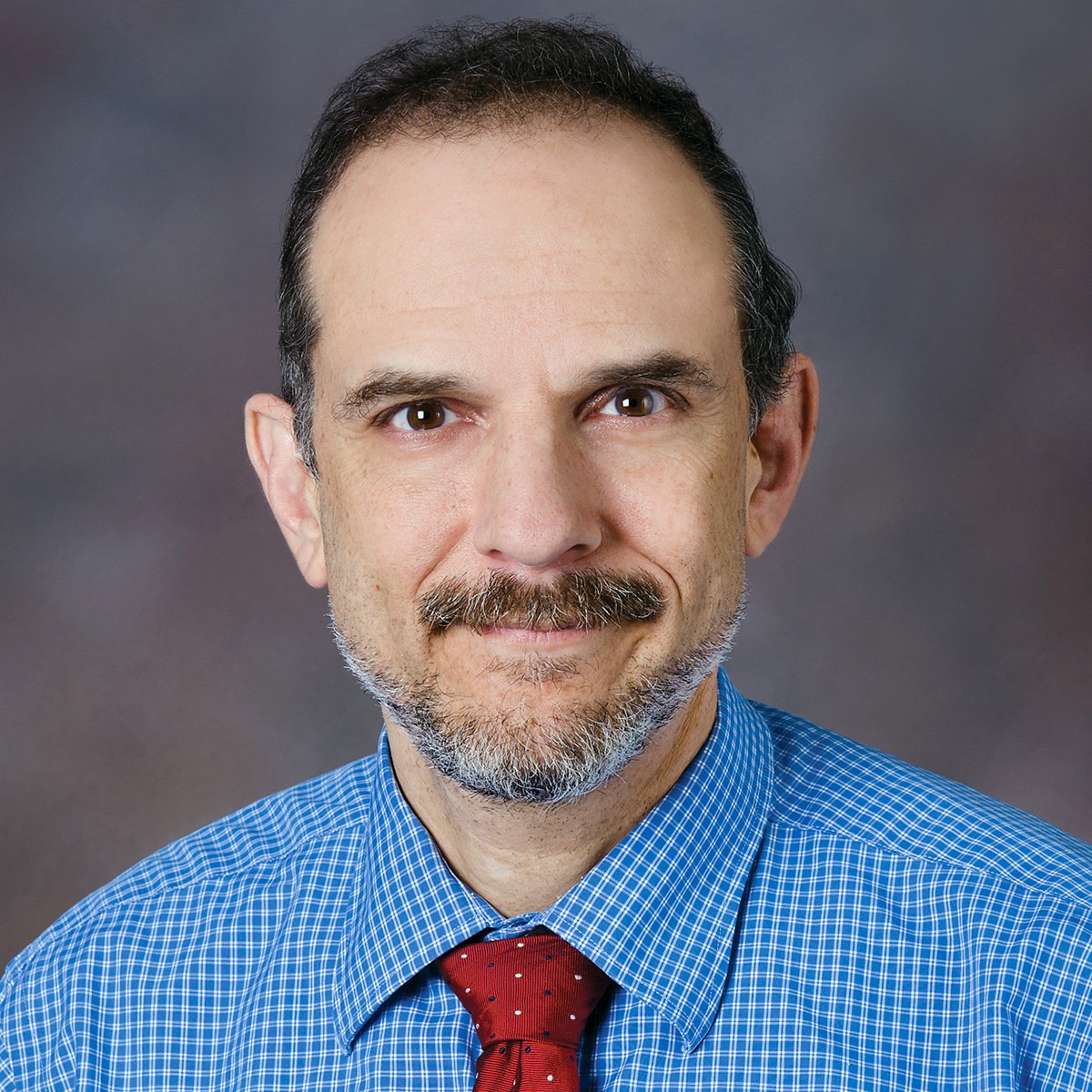 As many who know me are aware, I am a big proponent of social media. When I talk on the topic, my primary advice is always to keep the personal separate from the professional. It’s a concept that I first heard about from Brad Crotty at Beth Israel Hospital. It allows one to be the professional voice on an unfiltered platform but reserve the right to interact with family and friends, whether just catching up or sharing private news and information probably best not seen by colleagues or patients. After all, clinicians have a right to a private life, even as they are tasked with the enormous responsibility of health care.

Recently, though, I find myself opening up more, testing a middle ground between my “purely” personal network and my “purely” professional network. My testing ground of choice has been Instagram. Here I post pictures from various places I’ve been privileged to travel for work, my latest outfits and fancy tie knots (including one or two tutorials), and videos of my cat, Katniss, as we walk on the beaches of Truro together (#catonaleash). I feel it’s an opportunity to paint a picture of the person behind the oncology professional for those who wish to see who I am. More recently I’ve started exploring video using TikTok, wondering what it can offer.

Despite my foray into these media, I sometimes wonder if there is a risk of oversharing. I imagine being referred a patient with a new ovarian cancer diagnosis, and that she, her caregivers, or others in her own social network might perform a Google search on me (a prerequisite these days). They will certainly find videos of talks I’ve given on YouTube, interviews on professional topics on the web, and even my collection of columns. Search enough and the full extent of my public social media involvement can be found. Will I come across as shallow or narcissistic? Self-promoting? Obviously these concerns have not stopped me from being active on social media. But I did wonder how my colleagues felt on the topic of personal and professional, on whether it is a good idea to allow a look into the person behind the white coat.

I decided to ask a mentor of mine, and a giant in our own community. Dr. Charles Blanke is the chair of the SWOG Cancer Research Network. He has had an illustrious career in oncology, having been instrumental in developing targeted therapy for gastrointestinal stromal tumors, vetting multiple new regimens for advanced colorectal cancer, and most recently conducting research in the field of medical-aid-in-dying. We met through our work at ASCO, when he had chaired the Scientific Program Committee and I served on its Gynecologic Oncology Track. When he became chair of SWOG, he also spearheaded a new committee on digital engagement, the first of its kind in the cooperative group, and he asked me to lead it. I thought of no one better than Dr. Blanke to engage in this discussion.

I told him about my use of social media and wondered how he used it himself. Dr. Blanke, in the context of his end-of-life work, truly gets close to his patients. He gives them his personal cell phone number, advising they may call at any hour, and he usually attends the deaths of those utilizing death with dignity. I imagined he might actually “friend” some of his patients on Facebook, or otherwise engage them in his social media posts. I was wrong. He explained:

I am very active on social media, mostly Facebook. I have about 600 friends. I administer a large parenting group and participate in lifestyle groups (mostly diet and sports). I frequently offer support to total strangers, in the form of general medical decisions (e.g., vaccination and circumcision), mostly supplying data and trying to disabuse false information (e.g., “drinking raw milk is a safe lifestyle choice”—it isn’t). I also am willing to discuss various neoplasms and treatments that might be offered. I do allow Facebook members to send me private messages if they need more information, with the usual disclaimer that I am more of an interpreter of the medical advice they have been given, versus actually serving as their physician.

As I considered what he wrote, I was reminded that I am personally aware of my own patients following me on my social media accounts; some have even commented on my posts. While they follow me, I do not follow them back. Somehow, I feel it would be intrusive to invite myself into their lives, even if they were to accept me as a “friend” or “follower.” I wondered whether Dr. Blanke had allowed patients (former or current) to follow him on Facebook. He responded:

I do not. Although I love the idea of them seeing me as a fellow human, blurring that line between professional and friendly, doctor and friend, washes out the professional relationship, in my opinion, and weakens your recommendations as their physician.

I do often discuss my private life at their appointments, especially if we share interests such as mountaineering or martial arts. When I stay with the families for hours and hours at the end of a patient’s life, we talk about everything under the sun. But in those contexts, I choose exactly which information to share, with that specific patient or family. It feels much different than a large variety of patients having ad-lib access to me at a hot- pepper eating contest. That might be okay for some patients, but it is important that I choose which ones. I truly think others (perhaps older, or at least old-fashioned) might be concerned or see me in a much different, maybe more human but markedly less professional, light.

I like social media. I do use it to talk about cancer a lot, occasionally including my research and proposed research, and I post about new findings in oncology as well as in the field of diabetes. But I don’t let relative strangers access unfiltered personal details.

I wasn’t sure how I felt about that. At its most basic, my writing has been an attempt to break down the barrier that elevates me as “The Doctor” and, ultimately, help to establish a more collaborative relationship between clinicians and their patients. I see my personal posts on public spaces as further humanization of me as a doctor, and to some extent, the profession. I hadn’t seen any evidence that my posts had diminished my standing in the eyes of my patients who followed me, nor had it weakened my recommendations.

I recall one patient who underwent treatment for ovarian cancer. Typically, a first meeting is a time of heightened anxiety—she has no idea who I am or what to expect, and I usually take the first 10 minutes building trust and, hopefully, confidence in my own abilities to help her. But in this particular instance, she reached out her hand to me when I entered, and she smiled, as if she were greeting a friend. It turned out she had Googled me, found me on Instagram and on Twitter, and by the time we met, she felt like she knew me. The conversation was easy, even as we turned to the discussion on how to treat her cancer. After completing adjuvant treatment I saw her less frequently, but she lets me know she’s here every time she “likes” a post, and I try to acknowledge her as well with each comment she leaves. It has brought a new dimension to this doctor–patient relationship for sure.

I asked Dr. Blanke whether he had been asked for medical advice by followers on social media. He said:

“I tell myself to be very careful in offering specifics. You cannot know all the details from a simple post, and you cannot ask all the questions you would in clinic. You may not know about the patient’s medical history, or allergies. Finally, you cannot have the extended risk–benefit conversation you would hold in a face-to-face clinic. Lots of pitfalls out there!"

I agree. Like him, I don’t directly address the question; rather, I point to good sources of information, medical reviews, and sometimes individual studies. However, I’ve made one interesting observation: These requests typically come not from my own patients. It’s almost as if those I am treating have a respect for what belongs in a medical context and what is okay in a social context.

In the end, it’s clear that while we diverge on our use of social media for personal and professional purposes, we have a similar philosophy: Be deliberate. As I’ve always said, one cannot take back anything with confidence once it’s been posted—even a post quickly deleted will live forever on a server somewhere. I try to live by that lesson even as I post on Instagram—and so far, so good.

Dr. Blanke closed by saying he saw one of the garish ties I was sporting in a Facebook post (he and I are friends there). He concluded he could probably no longer be friends with me on Facebook or in real life. He has said he likes my cat, though.