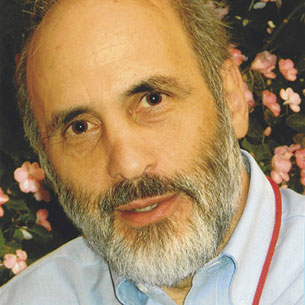 A commentary in the August issue of The Lancet Oncology should serve as a disconcerting “reality check” for any pediatrician or oncologist. Although we now can cure 80% of children with cancer in resource rich countries, only 20% of the world’s children are fortunate enough to live in those countries and thus have access to such care. For the overwhelming majority of the world’s children who live in resource poor countries, the outlook is much less favorable. Particularly discouraging is the fact that more than one half of therapeutic failures in these countries are directly attributable to abandonment of therapy—defined as the failure to start or complete curative treatment in the absence of a contraindication to administration of such treatment.

Although The Lancet Oncology commentary focused on children with cancer, it is almost certain that similar data apply to adults in resource poor countries as well. Such abandonment has a multitude of causes, most of which relate to poverty, absent infrastructure, and limited access to subspecialty care which affect more than just cancer treatment. In fact, one might reasonably consider other messages delivered by these deplorable figures; in such resource poor countries, a better “return on investment” might result from improvements to sewer systems and provision of clean, sanitary water supplies or a better system for providing widespread vaccination to immunize children against preventable diseases. But that is a matter for politicians, not oncologists to wrestle with. [The fact that we have failed to provide such protection for all children in our own resource rich country is a sad commentary on our health care delivery system.]

What is particularly upsetting about the data presented is the reality that most of the common childhood cancers can be cured, but not by the administration of the ridiculously expensive “blockbuster” therapies emerging from recent clinical trials leveraging our understanding of cancer on a molecular level. Rather, advances in treatment of children are based on relatively cheap drugs that have been available since the 1970s with regimens that can be delivered mostly in the outpatient setting. Yet, such relatively cheap curative therapies are unavailable to the majority of the world's children with cancer. [There is a certain bitter irony at work here in that these same cheap drugs that are the backbone of curative therapy for cancers of children and adults are now in short supply in the United States—a disgraceful reality to be sure, but an issue for a future commentary.]

I am reminded of a wonderful Shattuck Lecture by Claude Lenfant, then Director of the National Heart, Lung and Blood Institute of the United States National Institutes of Health (NIH), who, in acknowledging the great advances in knowledge that had resulted from clinical research studies, lamented at how much of such advances was “lost in translation” because it was not delivered to patients.

We.…. are not applying what we know. Indeed, medical researchers and public and political leaders are increasingly talking about the lack of success we have had in translating research findings into medical practice. Regardless of the reasons cited for this phenomenon — structural, economic, or motivational — the result is the same: we are not reaping the full public health benefits of our investment in research. Given the ever-growing sophistication of our scientific knowledge and the additional new discoveries that are likely in the future, many of us harbor an uneasy, but quite realistic, suspicion that this gap between what we know about diseases and what we do to prevent and treat them will become ever wider.

What to do? ASCO is, after all, an international organization with an interest in the welfare of patients with cancer worldwide. While we advocate for continued research into the basic biology of cancer and for the resulting newer and better and more sophisticated molecularly-based therapies for our patients targeted to their individual tumors and pharmacogenomes, we should keep in mind how much of what we already know is not getting translated into better outcomes for cancer patients globally. There is an opportunity to focus on delivery as well as discovery, so that we can leverage what we know now into better outcomes and quality of life for patients with cancer throughout the world.