Rewarding Awareness Campaigns Amidst Major Crisis in the Middle East

Perseverance is a characteristic that we continue to learn about from our patients with cancer on daily basis. No matter their disease outcome, our patients persevere in their journey through diagnosis and treatment, prognosis and expectations of response and survival, falling and rising, despair and hope, routine care and critical decision moments, and sometimes dealing with life-and-death issues.

October is the international breast cancer month (#breastcancerawareness), and people everywhere are doing awareness campaigns and encouraging women to enroll in early detection and screening campaigns. Those campaigns, during the month of October and throughout the year, include seminars, media interventions, teaching women how to examine their breasts, recommending a clinical examination by a physician, and invitations to proceed and do yearly mammograms starting age 40, and have made big difference and helped downstage breast cancer at diagnosis in Lebanon, many neighboring countries, and worldwide. In Lebanon, for example, we have published data showing a trend towards downstaging, increase in breast conservation surgery, and improved survival since we started systemic national campaigns in Lebanon in 2002.1,2

Last year, because of COVID-19 pandemic-related home confinement, the Lebanese Breast Cancer Foundation and the American University of Beirut (@AUB_Lebanon) held what was a very widely acclaimed award-winning campaign to teach women how to examine themselves (#khabazte: The Bread Exam) and report changes to their physicians. This year, associations of Arab women and Arabic Foundations Against Breast Cancer coordinated a campaign of education and screening mammography campaigns entitled “#tsawarteh #تصورتي ” which translates to, “Did you have a mammogram?” The campaign was launched by Princess Ghida Talal (@GhidaTalal) of Jordan, a highly authoritative women’s health advocate. It is encouraging and enlightening to know that breast cancer awareness campaigns are being conducted all over the world, including low-income countries in Asia and Africa, and even in countries troubled with major political and military conflicts. There are dedicated volunteers, especially women in Yemen, Libya, Syria, Iraq, and Gaza of Palestine, who are part of the coordinated “tsawarteh” campaign to educate women about breast health and promote early detection of breast cancer.

There has been some fair criticism that even well-intentioned awareness campaigns can become “Pink October colorful events,” and cause frustration to many women who are on treatment for breast cancer or those whose cancer has recurred. For that reason, we emphasize the new name of October as “Breast Cancer Action Month” instead of just “Pink October Breast Cancer Month.” We emphasize the need to take action to detect breast cancer early, make treatments for breast cancer available and accessible for all women, and advance research for the treatment of patients with breast cancer. We encourage people to take this opportunity to improve on their infrastructures and capacity building, advance health care providers and resources, donate funds to support patients, and support and conduct research.

I would like to end by saluting the perseverance of health care workers, breast cancer survivors, and volunteers in Lebanon. In spite of Lebanon’s current major political and economic crisis, they are proceeding with creative campaigns for education, awareness, early detection, and screening of breast cancer. This year, the Lebanese Breast Cancer Foundation and the Iraqi Breast Cancer Association have partnered with Roche and 2 SOULS Production to produce a satellite television series, Shaher 10 (#shaher_10, or in Arabic, (#شهر_10, which means “Month 10,” or October. The series stars Karess Bashar (@karessbasharnet), a famous Syrian actress, and airs in primetime on Fridays and Saturdays by satellite Panarab TV station MBC4. It features the living stories of women undergoing screening and/or diagnosis of breast cancer and treatment. 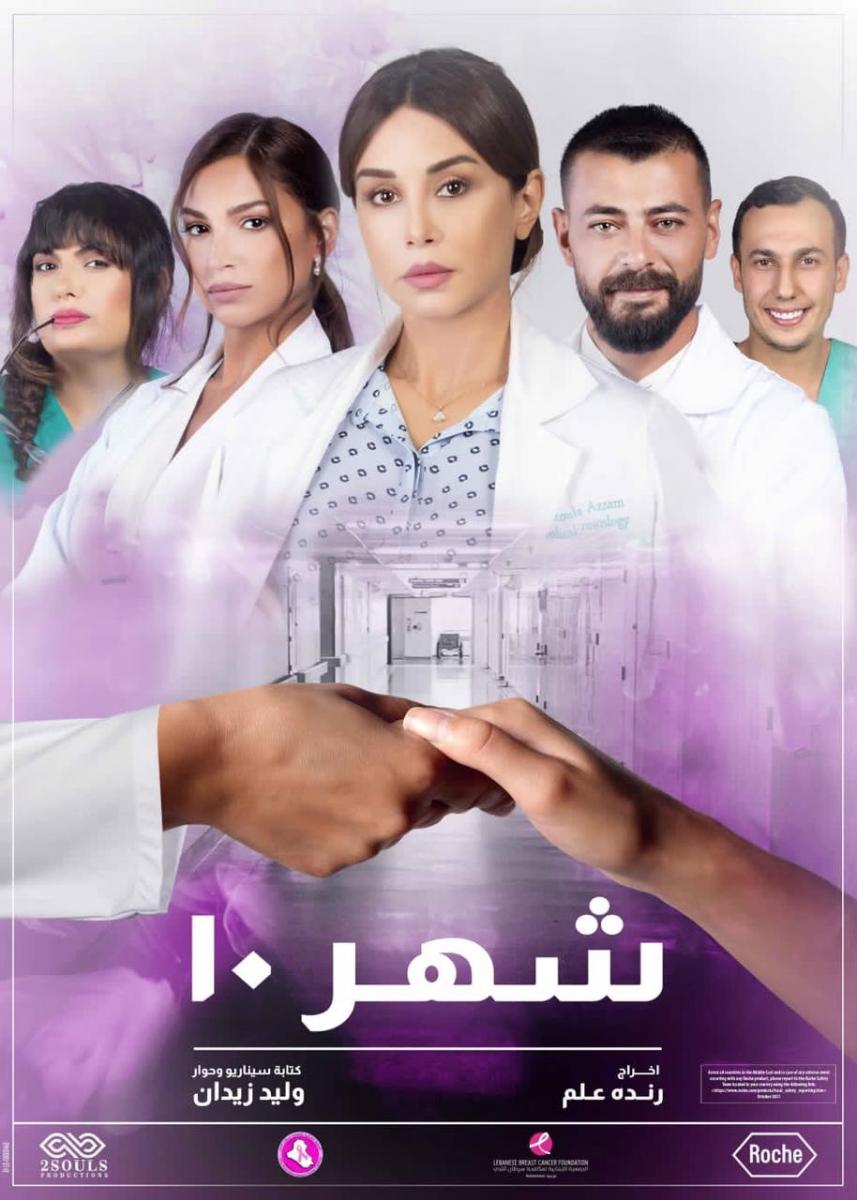 Despite being a country that is rich in skilled human resources, the resulting financial collapse, caused by a combination of troubling national, regional, and international politics, military conflicts, and corrupt governance at all levels, has transformed Lebanon from an upper-middle-income country to a lower-income country in less than 2 years. Doctors are struggling to make sure that patients with cancer can have their treatment and their medication on schedule, but unfortunately many times they not able to because of shortages. International donations are being helpful but not enough. Lebanon, like many other countries, needs international help for political solutions and to end corrupt governance. International support for the care of patients with cancer from professional societies and successful Lebanese expatriates remains badly needed for now.

Subscribe to this column
Nov 17, 2022
Breast Cancer Awareness Campaigns Are Back in Full Action!
Jul 21, 2022
Best of ASCO Lebanon: An International Success for 17 Years
Jul 07, 2022
FOR HER Patient Support Workshop Emphasized Hope and Reality of Life With Breast Cancer
Apr 13, 2022
The Beauty of the White Coat Ceremony in Medical School
See all Posts