Cancer Unintended: A Story From A Pandemic 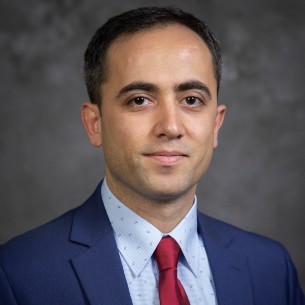 It is late August 2020. I haven’t worked night shifts for more than 2 months, but now here I am, starting my first 12-hour night shift at 7 PM. I prepared myself by sleeping a few hours in the afternoon, to remain awake for the period I am on-call. I woke up at 6 PM, took a shower, and shaved my beard to be able to use a fit mask when I attend a patient with COVID-19. I wore the scrubs and carried my backpack. When I arrived at the hospital, I headed toward the not-so-new tunnel designated as an employee entrance since COVID-19 struck. I reached our resident’s lounge, where residents meet on breaks to chat on many subjects in life and residency, and also the place where we sign-out on patients while transitioning their care during shift change.

I like to be organized while receiving sign-out on the patients admitted throughout the day from my colleague. I usually grab a piece of blank paper, start to make notes on patients’ conditions and events prior and during admission that led to this moment, and a checklist of things to follow up on.

The Missed Opportunity for Early Cancer Detection During COVID-19

Not more than an hour since the start of my shift, while looking at the patients’ charts and going through some multiple-choice questions, I received a page from the emergency department (ED) asking for consultation for a man complaining of facial numbness. I picked up the phone and called the resident who had placed his name and phone number at the end of the page. I know him; we have stayed in touch for more than 2 years since I did my ED rotation in the first year of residency, and we often talk as he calls for admitting patients with various clinical conditions. He sounded different this time, less vibrant, and there was this tone in his voice that concerned me. He really grabbed my attention when he conveyed that the patient, who had no significant past medical history, had just turned 60 and came on the night of his birthday for a striking symptom. While the resident related the patient’s story, I looked into the patient’s chart and went through prior records, laboratory workup, and images to get an impression of his condition.

The patient came to the ED complaining of progressive facial numbness and headache that started several hours prior. About a month earlier, the patient had felt like he had a focal arm weakness, but it resolved within a few hours, and he didn’t have any residual motor weakness, so he didn’t seek medical attention. Now he described a persistent right-sided facial numbness, a feeling that he had never experienced before. It was associated with constant headaches over this period that persisted even after he took aspirin and acetaminophen, and therefore, he decided to come to the ED. His family history was pertinent for prostate cancer in his father.

In the ED, he had a CT scan of the abdomen and pelvis, which showed a 6-cm rectal mass that spread to the abdominal lymph nodes, bones, including the pelvis, and spine; a CT scan of the head confirmed the presence of skull base metastasis. A CT chest revealed lymphadenopathy suggestive of metastatic disease, and a large, nearly occlusive sagittal thrombus at the pulmonary trunk without radiographic evidence of right heart strain, suggesting an acute inciting tumor thrombus formation.

While looking at the patient’s chart, I found a prior ED note from early March 2020. He presented to the ED for bloody streaks in stool, but he couldn’t provide a stool sample at that time. Given that he had no abdominal pain, further imaging with a CT scan was deferred, and he was sent home with a plan to see a gastrointestinal (GI) specialist in the outpatient clinic.

The Impact of Social Distancing and Hospital Restrictions on Patients

With this information in hand, I went to the ED. The patient seemed fatigued and was lying in the ED bed, but from the monitors I could tell he was vitally stable. One of my first questions to him was what had prevented him from scheduling an appointment at a GI clinic, as advised during his previous visit almost 6 months prior. He started to relate his story. He had intended to see a GI specialist. However, because of the implemented lock-downs and restrictions in the U.S. health system that were initiated around the middle of March 2020, he couldn’t schedule the appointment and subsequently was unable to do any imaging or colonoscopy. Even as restrictions on elective procedures eased, he was afraid to come to the hospital, as he was worried about contracting COVID-19 himself. He also stated that his stool changed over the last 2 months—the blood became more extensive. He had lost weight and felt increasingly fatigued while at work, symptoms that were new to him. He related a prior history of alcohol abuse, which he had quit 30 years ago, and did not have a history of tobacco or drug use. He also said that he had a previous colonoscopy when he was 50, which was reported normal.

So far, the story is self-explanatory. Looking back in time to the start of the pandemic in the U.S., weeks went by, which became months. The patient continued to have rectal bleeding that he stopped paying attention to as it became his new norm. He continues to work as a construction handyman, a physically demanding job where he heard stories of people getting infected with COVID-19 and overwhelming hospitals, which made him even more afraid to come to the hospital.

Now that I had heard his story, the moment came for me to tell him my impressions and observations, to tell him that he had metastatic colorectal cancer. This clearly was not the news he was expecting to hear. For months, he thought that the blood in the stool could just be from hemorrhoids! While weeping, his physical pain merged with emotional pain, and he said that millions of questions were flying in his mind. Why had he been chosen to bear this difficulty? Would he be able to continue supporting his family? How would he break the news to them? And would he still receive cancer treatment, being uninsured? Those were all concerns raised in his mind at that time, and he told me how they were paining him.

I tried to lessen his misery. In the room, it was only him and me, as his family was not allowed to visit—not even at a time when he really needed them to ease the shocking news.

Colorectal cancer (CRC) is the third most common cancer in both men and women worldwide. Screening for CRC is an essential prevention tactic in patients above age 50, and there is a proven survival benefit from screening and early detection. More than 20 million adults in the United States receive CRC screening, according to the CDC’s most updated statistics; as of 2018, there was a reported 1.4% increase in screened adults age 50 to 75 years, by 4.2 million adults.

At this point in time, with the numbers of COVID-19 infection cases coming down in many areas of the United States, we face the unintended consequences of months of lock-down. This pandemic’s impact is immediate for people who suffered from COVID-19 infection, but there is also an indirect impact on people who had to defer diagnosis and treatment plans, and the consequences of these delays will likely last for years. The postponed routine diagnostic workup for “non-urgent” conditions and suspended cancer screening, not to mention the varying availability of COVID-19 testing, has impacted cancer diagnosis, delayed cancer management, and subsequently may influence survival outcomes—especially for patients who, under normal circumstances, would have been spared an avoidable cancer diagnosis. These indirect effects of the pandemic, entwined with being uninsured, were crises that led to my patient’s delayed diagnosis and deferred workup.

I was able to help this patient process the news of his cancer diagnosis, counseled him, admitted him to the hospital to monitor him and do further diagnostic tests, spoke with the social worker who started a process for Medicaid health insurance, and consulted with the gastrointestinal team to further establish a multidisciplinary management strategy for his disease. I did everything that I could do.

But this man has stayed with me, and his case left a mark on me. I know that we would’ve been able to catch his disease a step earlier if we were not in the middle of a pandemic, and I wonder how many people we will start to see who have a new advanced cancer diagnosis from delayed elective procedures and preventive screening evaluation.

Even in Re-Opening, Tough Decisions That Require Compromise

I am trying to imagine the possible next phase of our life in medical practice. Many people are still too afraid to go to the doctor, even in areas where the COVID-19 infection rates have dropped significantly. People are still staying home to prevent exposure to COVID-19, even when they have health conditions that will be worse if left unaddressed.

As hospitals and health facilities moved into phased re-opening, we need to rethink and adequately prepare regarding proper protective equipment, supplies, testing programs, and prevention protocols, so that we can get back to performing screening tests for cancer and prevent needless suffering. We need to encourage patients and educate them about the strict and meticulous safety measures we are taking in our hospitals and clinics to reduce the risk of COVID-19 exposure. We need to make sure that patients understand the situation in our regions and help them reasonably assess the risk of seeking medical care, especially in places where COVID-19 spread is largely linked to social gatherings, not to health care facilities.

I have to go—I got another page about another patient who needs my help, another person in need of support and care. That is why I am here, working to help as much as I can to deliver the best care through the knowledge I gained and honed through years of medical school, training, and practice. I intend to reflect on the lessons learned during the pandemic, work within my health care system to prevent further repercussions, and commit myself to delivering outstanding care.