Caring for Transgender Patients With Cancer

Normally when I am asked to do a talk, it’s in one of the areas I’ve become a context expert on: gynecologic cancers, survivorship and sexual health, even social media and digital technologies in oncology. I was excited when the Partnership to Reduce Cancer in Rhode Island asked me to participate in their 2019 Summit, on gynecologic cancer and cancer disparities involving the lesbian, gay, and bisexual community. I volunteered multiple topics quickly, ranging from “Standards of Care in Ovarian Cancer Management” to “Novel Approaches to Gynecologic Malignancies” to “Sex After Cancer: On Intimacy and Sexual Health.” A few days later, they responded with a different request entirely—a talk on communication and the Lesbian, Gay, Bisexual, Transgender, Queer+ (LGBTQ+) community. I thought about saying no, but then I remembered an experience early on in my practice that made me think twice.

I had just started practicing in Providence. That day, as is my usual practice, I had glanced at the charts of new patients being referred to see what their diagnosis was so I could focus on what we would be talking about. I moved through clinic seeing my patients, ensuring each was doing as well as could be expected, and that symptoms were managed. I entered the room of a patient I was meeting for the first time, and seated there were two people. I assumed they were married—both wore a ring on their left hand. I approached the woman at that point, and introduced myself, expressing that I was sorry to be meeting her after her diagnosis of ovarian cancer. She seemed to stiffen as I held out my hand and looked… defensive.

“Actually,” she said. “I am not the patient. He is.” I was confused at first, but did my best not to show it. I remember turning to the only other person in the room, who outwardly appeared male.

“Yup, I’m transgender. And I’m the one with ovarian cancer.”

They both laughed—nervously, I thought—as I sat down to face them both.

“My name is Don Dizon…” I went into my own background—that I was a medical oncologist, specializing in gynecologic cancers, like this. I discussed his diagnosis and the approach to treatment. I explained the risks and side effects as I would do with any other person. Very quickly, the fact that my patient was trans was no longer even on my mind. I was simply speaking with another person with ovarian cancer.

I’d like to think I handled things well, and that I did not betray any sort of discomfort. But truth is, I know now I could have done better. At the time, I remember how I tried not to use pronouns—I was not sure if I should use “he” or “she”; my patient had referred to his partner as his wife, so I did use that liberally. Now I realize that avoiding pronouns is not welcoming; instead, I should have just asked quickly to confirm that he wanted to be referred to as “he.”

I also remember the first time I did a pelvic exam. I was almost bashful about this—embarrassed, for both of us. Now I understand that the more matter-of-factly I approach issues like this, the more I help reassure the patient. I also realize that if my office had collected sexual orientation and gender identity data on the intake form, I wouldn’t have made the original gaffe about his wife.

I have to say, I learned how to be a better doctor by caring for him and his wife, and I got to know them both beyond the cancer journey. I learned about his family, and what a source of support they were. I learned about his community, and met friends who would come with him to clinic and stay with him through treatment. I also saw how our staff treated them—with respect and dignity. I would see him laugh with our nurses and interact with other patients. He had become part of our family—a circle of providers, patients, loved ones, nurses—the heart of each and every cancer center. At these moments, I was incredibly proud of our institution.

I realize that not all LGBTQ+ patients have this kind of experience. I also understand that providers, whether we are doctors or nurses, advanced practice providers or medical assistants, may not be fully prepared on how to care for, let alone communicate with, transgender patients. We make assumptions at our visits, like the ones I did: that the “female” in the room is obviously our patient, or that the two women coming in together must be best friends, nothing more. But, these assumptions can create barriers to care, and because of it, we must address them in order to improve, and evolve.

For me, it included this opportunity at the 2019 Cancer Summit in Rhode Island to give a talk on a topic that I had not been asked to do in the past. As I thought back on everything I learned from this patient, I felt honored to be given the opportunity to share my experience. Every step we can take towards helping ensure we welcome this vulnerable population is extremely valuable.

Acknowledgment: Huge thanks to Scout for helping me write this column. 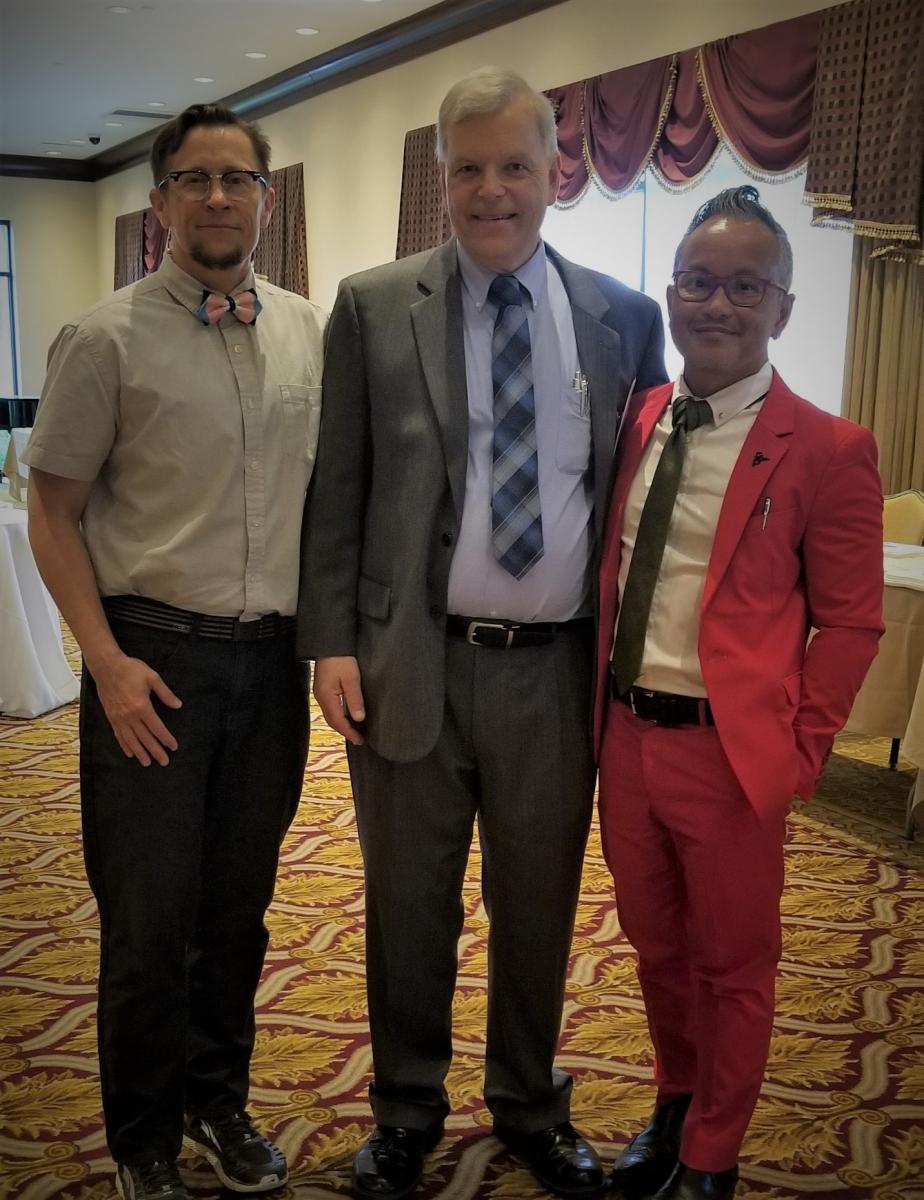