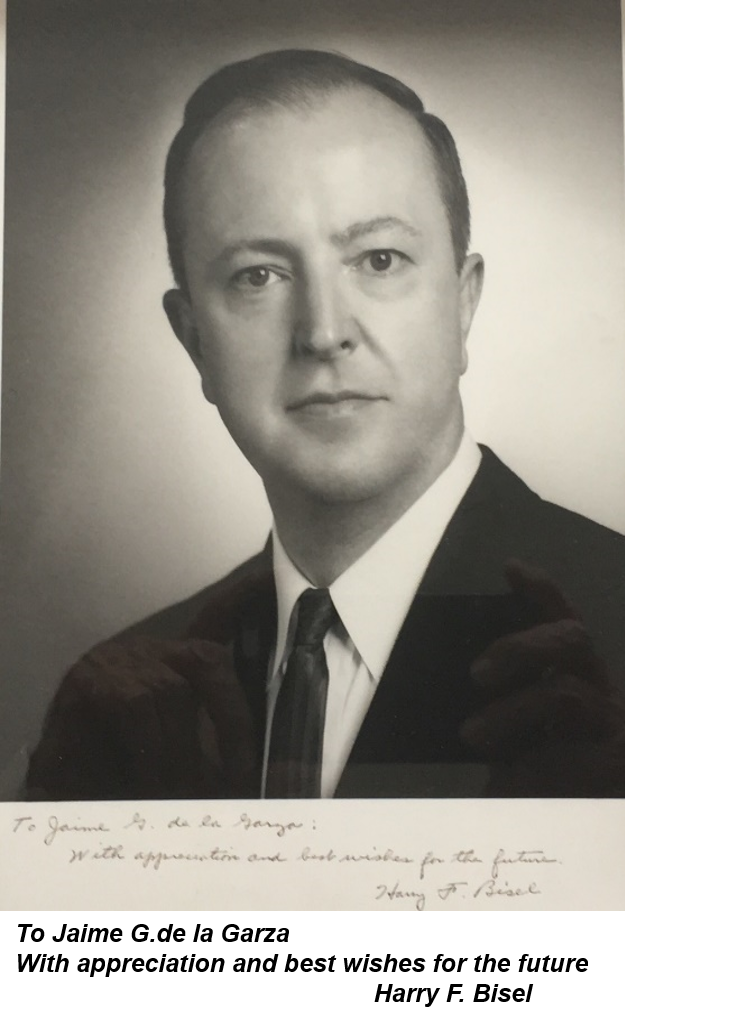 On Sunday, June 17, 2018, Harry F. Bisel, MD, would have celebrated his 100th birthday. Although he passed away in 1994, he lives on through his influence as a mentor, friend, physician, and co-founder and first president of ASCO.

Born on June 17, 1918, in Manor, Pennsylvania, Dr. Bisel attended Peabody High School in Pittsburgh and received his medical degree in 1942 from the University of Pennsylvania and Harvard Medical School. He was one of the first trainees to graduate from the Memorial Sloan Kettering Medical Neoplasia Center and received the Hench Award from the University of Pittsburgh's School of Medicine. Dr. Bisel was in the United States Navy Reserve from 1942 through 1978, and was on active duty from 1943 through 1947. During World War II he was a flight surgeon and was awarded three battle stars for actions in the Pacific. Dr. Bisel was the first formally trained oncologist hired by the Mayo Clinic, where he served on the staff from 1963 until he retired in 1983. He founded the Mayo Clinic Section of Medical Oncology and was chair from 1963 to 1972. He also served as a faculty member of the Mayo Graduate School of Medicine and the Mayo Medical School. He married Sara C. Bisel and had three children: Jane, Clark, and Harold.

Dr. Bisel was one of the seven founding members of ASCO along with Drs. Fred Ansfield, Herman Freckman, Arnoldus Goudsmit, Robert Talley, William (Bill) L. Wilson, and Jane Wright. This group of pioneering doctors, through the formation of ASCO, is largely credited with the development of modern clinical oncology in America. Dr. Bisel was elected the first president of ASCO in 1964.

This is Dr. Bisel’s biography, which is widely available (he even has a Wikipedia page). Today I would like to share with you some of my personal memories and photos of him, starting with our first meeting during my medical training.

In my third year of training, I was the chief resident in internal medicine at the South Texas Medical School in San Antonio, Texas. This was back in 1961 at the Robert B. Green Hospital, where there was a hospital policy that mandated physicians to refer patients with terminal disease to hospice care.

One afternoon, Bill Wilson (later one of the founders of ASCO) asked me why had I sent a patient with metastatic colon cancer to hospice. Dr. Wilson explained to me that such a patient was part of a new study conducted by the Central Oncology Group (COG), and that he was a clinical investigator with the COG doing phase I and II studies that examined and used new antineoplastic agents in patients with advanced metastatic disease. As a result of this discussion, I agreed to bring the patient back to the hospital; 3 months later the patient walked out in remission.

One of those studies examined the application of hexamethylmelamine (HXM) in lung and ovarian cancer. In our hospital in San Antonio, I remember, we were the leaders, with the largest number of patients treated during phase I with HXM. At that time, every 3 or 4 months the COG organized meetings in different locations in which the investigators presented the results of the different studies. One of the COG meetings was hosted in San Antonio by Dr. Wilson, where we had planned to present the results of our study of HXM. The night before the COG meeting we had dinner in a local restaurant. It was there and then that I first met Dr. Bisel. He impressed me with his education and elegant simplicity.

It so happened that early the next morning Dr. Wilson's wife called me, saying that Bill was very sick and could not attend the meeting. She asked me to please pinch hit for Dr. Wilson and give a talk. My presentation impressed senior physicians in the audience, including Dr. Bisel, who at that time was the head of Medical Oncology at the Mayo Clinic. After a short discussion he congratulated me and he asked me to join his institution.

I said, “Well, I’ll have to fill out a lot of papers,” to which he responded, “No, you are already contracted to come with me to the Mayo Clinic.” So I then commented, “When do you want me to leave?”’ and he replied, “Tomorrow.”

I spent the next 2 years working at the Medical Oncology Department at the Mayo Clinic, where Dr. Bisel offered me a staff position at the hospital. In those days we were only five doctors: Drs. Bisel, Charles Blackburn, Gil Hahn, David Ahmann, and me.

But as it well known, the weather in Rochester, Minnesota, is terrible in the winter. And my wife, Melba, who was from Texas, could not stand it. I even mentioned to her that I had been offered a position as a staff doctor at the Mayo Clinic, to which she did not respond. The next day she had three plane tickets to go back to San Antonio with our two daughters, Judith (5 years old) and Jessica (1 year old).

Seeking a compromise and having to make a difficult decision, I decided to continue my career with my family in Mexico.

In the end, I consider Harry my “academic father.” While I was working in Mexico, I invited Harry many times as a professor to give lectures. He was an excellent speaker and was the pioneer of hormonal therapies in breast cancer, but we also had some touristic adventures. Harry enjoyed Mexican food and he loved visiting different historic places in Mexico, such as museums, pyramids, Cuernavaca, Puebla, Xochimilco, etc. His last visit was in September 1992, when he accompanied me to receive the title of Doctor Honoris Causa from the University of Puebla.

The ASCO Annual Meeting on May 16-18, 1993, in Orlando, Florida, was the last time I saw Harry. We had a nice dinner and he looked very well. He was scheduled to come to our National Congress in Aguascalientes, Mexico, but it was never to be so, as he passed away the following year.

Dr. de la Garza served for a decade as the general director of the Instituto Nacional de Cancerología and is a founding member of the Latin American and Caribbean Society of Medical Oncology (SLACOM) and of the Mexican Oncology Board. He received ASCO’s Distinguished Achievement Award in 2014 and is active in the planning of the Best of ASCO® Cancun Meeting.

Photo at top and below courtesy of Dr. de la Garza. 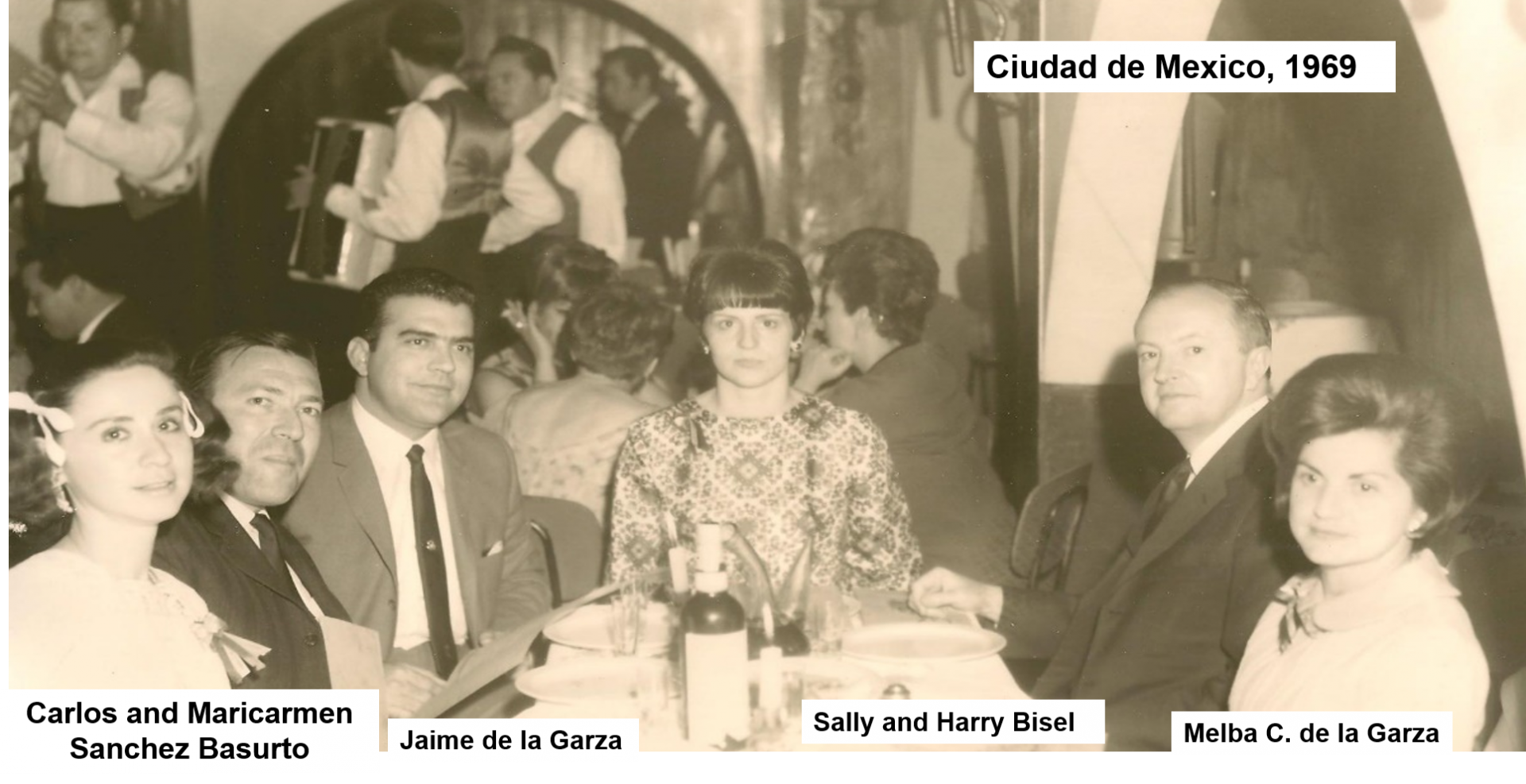 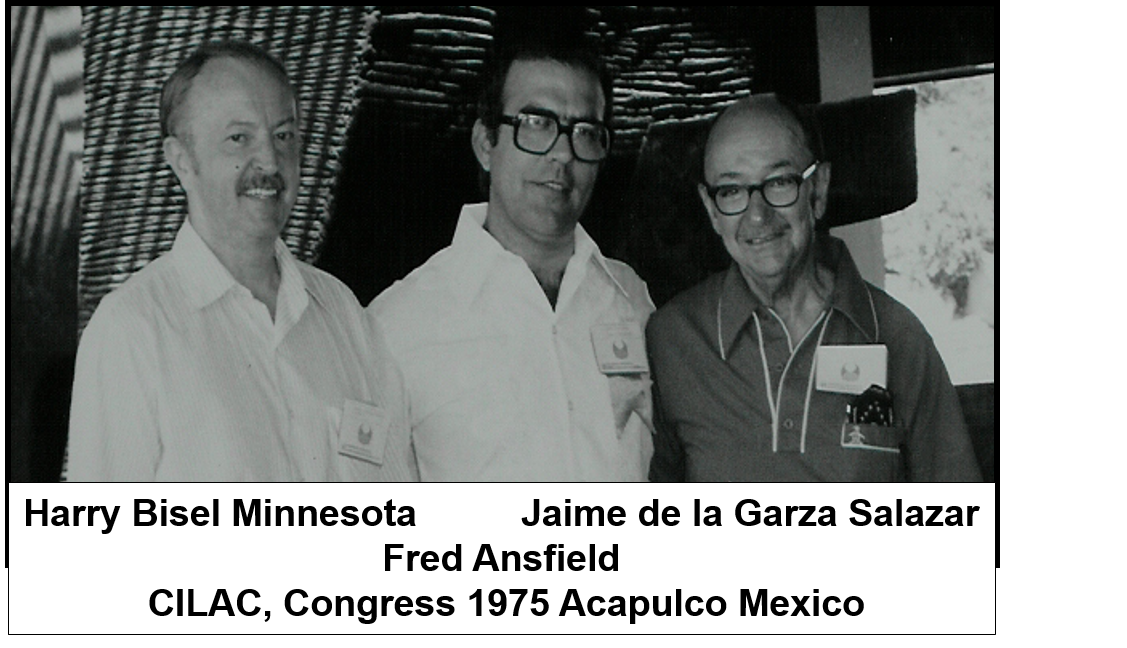 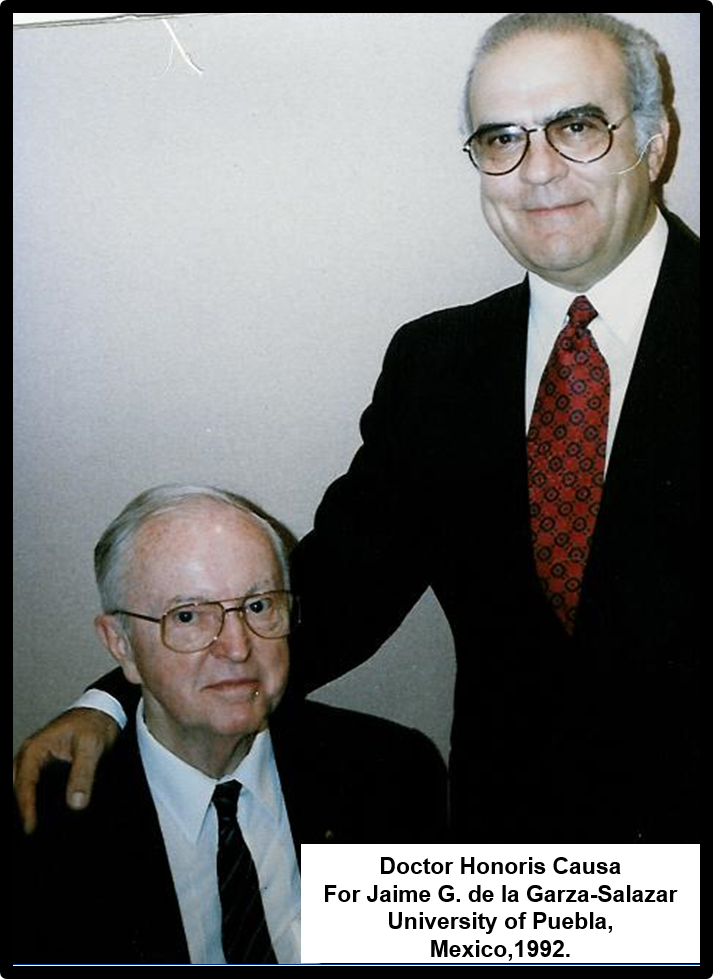