Awareness to Wellness: The Path to A World Without Cervical Cancer 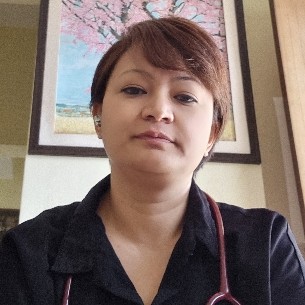 Ignorance is not bliss in this world burdened with cervical cancer where we strongly believe that prevention is better than cure.

Was she muttering something? I listened carefully while I put on my gloves—yes, she was. She was murmuring something to herself and it sounded like a prayer, a recital. I couldn't clearly hear the words but I realized she was praying from the core of her heart, asking for God's help to keep her cancer-free. She was a patient who had completed her treatment for cervical cancer. She was lying on the examination table for her routine check-up. I could imagine how badly she wanted me to tell her that everything was alright. I examined her and said, “There is no evidence of recurrence." I could see the creases on her face become prominent, which led to a big crescent smile, a smile of relief. My words gave her new hope, a hope of life which would brighten her days till her next follow-up.

She had visited me in the beginning with complaints of vaginal bleeding and foul-smelling vaginal discharge. When the cervical biopsy revealed cancer I enquired of her if she had ever done any screening tests for cervical cancer. To my surprise she said she had never heard about such tests. I informed her that cervical cancer is caused by a virus and it takes 10 to 15 years for malignancy to develop after the infection. I also told her about the availability of a simple test called a Pap smear which is done to detect cervical abnormalities before cancer develops, and that every woman who is sexually active should be doing this test every 3 years. When I informed her about the availability of the Pap smear, which is free of cost at our institution and in government hospitals in India, she wanted me to write down the name of the test so that she could inform her family and friends and ask them to get tested so that they would never have to face the same consequence as hers.

I wondered, was it ignorance that led her to this state or was it a fault on our part, as medical professionals, for not creating public awareness? We talk about one women dying every 2 minutes because of cervical cancer, but we never talk about how aware the population is about a simple, accessible, and free or low-cost screening test like a Pap smear. We need to inform the women of our country about barrier contraception and make them aware that human papillomavirus is sexually transmitted. Public health guidance on barrier contraceptives is like killing two birds with one stone, but are we doing enough to raise public awareness about it?

In this era of modernization and advancement in information technology, in which every house has a television and every hand a cell phone, how many advertisements do you ever see about awareness of cervical cancer—which is preventable, yet the most common reproductive organ cancer in low- and middle-income countries (LMICs)? In a country where the sexually explicit epic Kama Sutra was written, our society thinks that talking about vaginal examination is filthy, which makes women shy and hinders public awareness of prevention.

We need to create awareness not only at the grassroots level, among women in our communities—it should also penetrate to health care professionals, policymakers, and stakeholders. The World Health Organization has developed initiatives for LMICs like ours where women are shy to come for pelvic examination. There is a tool called "self-sampling," for example, but are physicians themselves aware of such tests? Hence, awareness should begin with the physicians who are willing to increase their knowledge and participate in public health research. Awareness then needs to be brought to the policymakers and stakeholders. Only then can we succeed in pulling down the socially, economically, and culturally impenetrable wall surrounding our society and be successful in cervical cancer preventive strategies—not just for the moment, but persistently.

If we, as knowledgeable people, start informing women whom we come across about cervical cancer screening, we add a drop to the ocean of wellness. I assure you that one day we will be successful in creating a world where no cervical cancer dwells, however, the question remains: how long is it going to take and how many lives is it going to cost until then?

Dr. Lucksom is a professor in obstetrics and gynaecology and a gynae-oncologist at Sikkim Manipal Institute of Medical Sciences, in India. Disclosure.