Being an IDEA Recipient From a War-Torn Nation 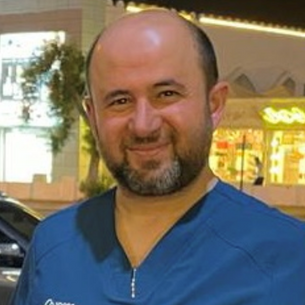 Entering the field of oncology in Iraq in the early 2000’s was like putting your feet on an unpaved road with an unclear end as there was no advanced radiation oncology training at that time. In fact, I could have entered other—more attractive—medical fields. Still, there was something inside pushing me toward this field (it could have been due to my brother's death from cancer that led to my passion to change this field's practice in my country). 17 years ago, I was selected to be the first International Development and Education Award (IDEA)⁠—formerly known as ITG-ETA—recipient from Iraq, a war-torn nation. Before 2005, I was just hearing the name of ASCO but could not imagine its activities, nor reach it, due to my limited access to the internet at that time in Iraq.
After two years of being a resident in oncology at the Mosul Oncology & Nuclear Medicine Hospital, and while I was in a short training course at the National Cancer Centre Hospital in Tokyo, Japan in late 2004, I could get full access to many oncology groups and societies. Among these societies, I came across ASCO. I noticed that they were offering a grant to attend the ASCO Annual Meeting and an extended tour for about a week after that. I was afraid to apply due to the security issues I might face if this news were to reach some of the terroristic groups in Iraq. Fortunately, my supervisor in Japan encouraged me to apply and supported this application with a letter.
In early 2005, I got an email from ASCO saying that my application was successful. However, some obstacles came with this acceptance, including logistics of getting a U.S. Visa, as I had to travel from Mosul, Iraq to Amman, Jordan to make it. This process led to three trips: First for an appointment, then weeks later for the interview, and lastly for the issuing of my Visa after my acceptance. Despite these difficulties, ASCO supported me, and even covered all the expenses. Unfortunately, the Visa issuance returned late, and I could not make it to the Annual Meeting. Still, ASCO offered me an alternative date and opportunity, and I attended a Best of ASCO Meeting in Dallas and later joined a 5-day tour at the UPMC Hillman Cancer Center in Pittsburgh.
After returning home a few months later, I got accepted at the King Hussein Cancer Center in Jordan in its residency program in radiation oncology (one position with 16 candidates). This mission enabled me to be the first board-certified radiation oncologist in Iraq by 2010. Finally, after three years, I got the enthusiasm and support to launch the first board-level certification program in Iraq at one of the tertiary cancer facilities, the Zhianawa Cancer Center, in 2013. That mission concluded with the first group of Iraqis in the program holding a board certification in radiation oncology by 2017. The program is still running actively today.
I acknowledge that the impact of ASCO on my career growth was magnificent. After the IDEA (and the former trip to Japan), I became oriented with the ideal comprehensive cancer care setup and system, the multidisciplinary approach, the evidence-based oncology practice, the importance of global oncology, and the need for networking in enriching career growth. Since that year, my practice has improved significantly, and I authored/co-authored over 60 manuscripts, chapters, and books, including seven manuscripts in JCO Global Oncology.
Also, I am honored that I volunteered in the IDEA working group and the ASCO International Affairs Steering Committee. I am still learning day-by-day, and I am enjoying transferring my knowledge to others to fight cancer and to help control it. In July 2022, the 20th anniversary of my oncology career will come—the field that I am enjoying, and continue to be challenged by, every day.
Dr. Layth Mula-Hussain is a consultant radiation oncologist at Sultan Qaboos Cancer Centre in Seeb, Oman. Disclosure.
2022 marks the 20th anniversary of the highly impactful International Development and Education Award (IDEA) from ASCO and Conquer Cancer. Read more perspectives from IDEA recipients.