Advancing Research on Cancer in Resource-Limited Settings: Don’t Be Just a Passenger, Be the Pilot! 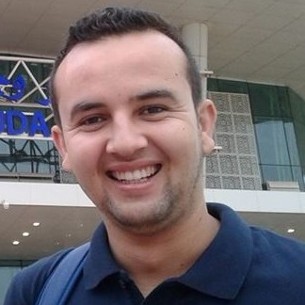 Research on ovarian cancer in under-resourced low- and middle-income countries (LMICs) is still under-represented in global oncology literature. Developing individual initiatives by young oncologists and cancer researchers may improve research outputs toward improving patient care and ovarian cancer control. In a planned series of five articles, I will share my career journey as a young cancer researcher in an LMIC and propose my recommendations to enhance research in resource-limited settings:

This was the conclusion of a 2017 report that analyzed the global research architecture of ovarian cancer worldwide.1 The same year, when I searched PubMed to see if there were any publications on ovarian cancer in Morocco, I got a similar viewpoint. Five years later, I rechecked the same database to see if there are further research advances on ovarian cancer in my country after my own team’s project was launched, and I quickly realized that our articles are the only records that appeared. On the one hand, that was motivating, but I also felt disappointed that there are so few research outputs on this aggressive cancer in our African setting.

My focus on ovarian cancer began several years ago, when I started looking at potential topics so that I could select the best project for my research to get my medical degree. In addition to my love of oncology in general, which I had discovered earlier when I was a medical student, I had a particular interest in understanding the biology of aggressive cancers in which the poor survival outcomes is a well-known hallmark, such as triple-negative breast cancer, pancreatic cancers, sarcoma, brain cancers, and ovarian cancer. After reviewing the topics under investigation in our department and other Moroccan institutions to limit any redundancy, I finally selected ovarian cancer, which still represents an unmet need in my community. Ovarian cancer can be recognized by its particular biology and hostile behavior. The beginning of the project was notably marked by reading a huge amount of the oncology literature in well-known academic journals. Day by day, the more I learned, the more excited I became to contribute to this field. I finally decided to go further and investigate ovarian cancer in a regional cohort. I have developed an individual initiative called OVANORDEST (“OVAire dans le NORD-EST” i.e., ovarian cancer in north-east of Morocco) Project, a three-step plan to improve research on ovarian cancer in Morocco (Figure 1, below).1,2

In future articles in this series, I hope to share my vision on how individual approaches may enhance cancer research in resource-limited settings, and in doing so, motivate oncologists and aspiring cancer researchers in LMICs to start changing their research and practice environments by building small projects and initiatives. I am inspired by the words of Esther Duflo, winner of the 2019 Nobel Prize in Economics: “I knew I wanted to change something in the world.”

Dr. El Bairi is a research associate in the Department of Medical Oncology at Mohammed VI University Hospital, inOujda, Morocco, and he is preparing for a career in medical oncology. The contents of this paper reflect the author's perspective and not that of his institution of affiliation. Follow Dr. El Bairi on Twitter @elbairikhalid19. Disclosure.