War in Ukraine: Statistics Do Not Keep Pace With Reality 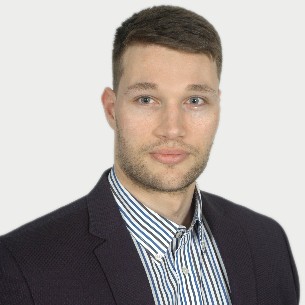 Editor’s note: The following is adapted from Dr. Hrynkiv’s presentation at the March 18 ASCO/ECO Briefing: Cancer Care During the War in Ukraine. Find resources for impacted patients and providers at asco.org/ukraine and onco-help.org.

Official statistics regarding damage and losses in Ukraine aren’t keeping pace with reality. Russian occupants continue striking Ukrainian cities and villages. Besides that, due to the shooting, it is not always possible to inspect wreckings and shelling sites to count all of the wounded and dead people.

Since the beginning of the massive Russian invasion, as of March 18, occupants killed 108 Ukrainian children and seriously wounded more than 120. They killed more than 3,000 peaceful citizens and these are only the official numbers…

Russian forces have destroyed more than 117 hospitals; 43 ambulances were fired upon. Six doctors were killed and 13 wounded.

During the last week, artillery strikes were taken upon the psychoneurological boarding school at Pushcha-Vodytsya in the Kyiv region and the psychoneurological boarding school at Izum in the Kharkiv region (during the attack there were 330 people and 50 of them were disabled persons not able to walk). Other hospitals which suffered from attacks were the oncological hospital at Mykolaiv, a boarding school for children suffering from vision issues “Kryshtalyk,” and the regional hospital of Rubizhne, Lugansk region.

On March 16, we received information that Ukrainian paramedic volunteer Yulia Paevska and the ambulance driver were taken as prisoners. Yulia Paevska, by risking her own life, saved a lot of people and received the status of Hero of Ukraine for this.

The epicenter of the humanitarian crisis remains the city of Mariupol. Every day it is being more and more damaged by aviation, artillery, and rockets. Mariupol can be compared with the bombed city of Aleppo, Syria. The whole city, with a population of 400,000 citizens is surrounded, by occupants, cut off from receiving any help for more than 20 days. There is a lack of food and drinking water. Electricity, gas, and water are cut. Evacuation for citizens often fails due to the shooting. On March 14, 2,357 deaths were reported—this figure is related only to people whose bodies were found on the street, so the real number can be much higher—and only 70% of them can be identified. According to the deputy mayor of the city of Mariupol, there is no building in the city not being damaged; 80% to 90 % of the city is destroyed. On March 15, the Russian army performed 22 airstrikes and dropped more than 100 bombs.

After the missile strikes on a maternity hospital in Mariupol, during which 17 people were injured and 3 died, including a child, Russian Minister of Foreign Affairs Sergei Lavrov confirmed that bombarding of the hospital and maternity house was performed on purpose and the order had been sent directly from the Kremlin.

On March 15, it became evident that Russian troops took doctors and patients of the Mariupol regional emergency care hospital as hostages. The building itself had been badly damaged before this, but our doctors were still treating patients in the self-equipped shelter. Occupants also forced 400 civilians to go there and were using them as a living shield while were continuing to shoot at our soldiers.

On March 16, a powerful aviation bomb was dropped at the dramatic theatre of Mariupol. Approximately 1,000 citizens were hiding there, including a number of children. After the bombardment, the central part of the theatre was destroyed and the wreckage of the building blocked the exit. The territory around it was under fire so our rescuers didn’t have the opportunity to unblock the building.

Satellite images showed that in front of and behind the theatre building there were marks in capital letters—“дети” which means children in Russian, so their pilots could see it and could have changed their mind before dropping the bomb.

Later that same day, occupants dropped a bomb at the swimming pool complex “Neptun” and a lot of civilians, including children, turned out to be under the wreckage. The number of victims in these two tragedies is currently impossible to assess.

In the Kyiv region, Russian troops shot at a column of evacuating cars; seven people died, and there was a child among them. After the shooting, occupants forced the rest of the people to come back to the village Перемога, which symbolically translates as Victory, and didn’t allow them to leave.

We are constantly receiving information regarding evacuation columns being attacked by occupants. Among the victims of one of the such attacks was a kid, currently in serious condition. The child received a very difficult surgical operation with help through the distant involvement of our foreign friends.

Occupants have already destroyed in 3,500 infrastructure objects in Ukraine, including 230 objects of the transport system and 165 objects responsible for life support of our people like electric stations and gas and water pipelines. All these are partially or completely destroyed. 72 educational objects are also partially or fully destroyed. 21 health care facilities. The number of residential buildings being damaged is constantly updating, but on March 15, it was more than 2,700. 10 institutions of the social sphere. And more than 400 other critical buildings like emergency service buildings, police departments, etc.

In the Lugansk region near the city of Попасна, occupants used phosphorus weapons. Ammunition that contains white phosphorus can cause extremely serious injuries and even a slow and painful death. Using this weapon against civilians is prohibited by international law. Specially trained doctors are needed to treat injuries caused by white phosphorus, and they might also receive injuries while performing their duties.

There is a constantly changing deficit in medications available in pharmacy shops. For example, currently, all of the iodine-containing medications are totally absent due to the spread of information among citizens regarding the potential nuclear threat.

Already more than 3 million citizens have fled the country and are receiving shelter that was hospitably provided by our friends. More than 1.5 million Ukrainian children have become refugees since the beginning of the invasion, according to UNICEF. Every day during the last 20 days, 70,000 children are becoming refugees. Every minute, 55 children are fleeing the country.

Behind these statistics, there are a lot of personal stories. A man who, due to the hostilities, lost all his family except a cat. Alexander Kononov, who was killed in his own house in the Lugansk region—he was a volunteer and was trying to help everyone although he had lost his arm and leg.

Let’s return to the medical issues. In the city of Kharkiv, with an approximate population of 1.5 million citizens, the only oncological hospital in the area was destroyed. In the city of Kyiv, with an approximate population of 3 million citizens, three oncological centers are providing just emergency care and outpatient chemotherapy. Doctors who work in the epicenter of military actions are facing extreme psychological pressure and even threat to their lives.

Most of the internally displaced persons are concentrated in the west of Ukraine because this region is thought to be relatively safe. But even though western Ukraine is thought to be safe, we often hear sirens announcing an air alarm and we have to evacuate our staff and patients to the bomb shelter.  Some of these patients aren’t able to walk…  and only surgeons in the OR are still working under conditions like this. All scheduled oncological care is stopped across the country so that we can prepare to receive a lot of injured and provide emergency care. A lot of warehouses with medicines were destroyed or are unavailable due to logistics problems.

The greatest burden will fall on hospitals in western Ukraine, and particularly the institution where I work—Lviv Regional Cancer Center, the largest oncological hospital in western Ukraine. Since the beginning of the war, the number of consultations in our hospital increased dramatically.

On the morning of March 18, we received information regarding missile strikes on the Lviv airport region.

I want to express my gratitude for all the help we are receiving from international cancer communities. My colleagues and I are happy to work in conjunction with ASCO and the European Cancer Organisation (ECO). All the support we and our citizens in Ukraine and abroad are receiving from your collaboration is priceless.

Dr. Hrynkiv is a surgical oncologist at Lviv Regional Cancer Center, in Lviv, Ukraine. He is a member of ASCO’s Central & Eastern European Regional Council. Disclosure.