Best of ASCO Keeps Getting Better!

It is always a great pleasure to work on, participate, and write about ASCO-related educational and administrative activities, especially the ASCO Annual Meeting and its offspring: Best of ASCO meetings around the world!

The Lebanese Society of Medical Oncology (LSMO), under license from ASCO, held its 14th Best of ASCO Lebanon in 2019, with over 400 attendees and speakers from Lebanon and the region as well as Europe and the United States.

So many oncologists, medical, radiation, and surgical, are also unable to travel to the United States for the meeting, and wait for Best of ASCO to hear all the most important presentations. That also applies for oncologists who covered their colleagues who travelled to Chicago in early June. It was also noticeable that local and regional fellows- and residents-in-training strive to attend Best of ASCO. We emphasize the importance of not only knowing the results of clinical trials, but also exploring their rationale and methodology and the way we arrive at conclusions, making practice-changing recommendation where applicable, and stimulating the young generation to be the leaders for future research.

The Best of ASCO meeting has become a top priority meeting on the agenda of LSMO. The LSMO Board of Directors organizes two major meetings, the LSMO Annual Meeting in March and Best of ASCO in June/July, right after the ASCO Annual Meeting. It was a great pleasure to co-chair the meeting with LSMO president Nizar Bitar, MD (@nizarbitar3), who worked effortlessly to organize, promote, and get sponsorships to cover the costs of the meeting. Lebanese oncologists and LSMO members who had attended the ASCO Annual Meeting were great speakers. Ghassan K. Abou-Alfa, MD (@GABOUALFA), and Eileen M. O'Reilly, MD (@EileenMOReilly), of Memorial Sloan Kettering, New York, Ahmad Awada, MD, of the Jules Bordet Institute, Brussels, Belgium, and Sana Al-Sukhun, MD, MSc, of the the University of Jordan, Amman, were among our international faculty.

Ample time for discussion was requested by the audience and accommodated as much as possible. We learned that we should give more time for discussions on the relevance of new findings to clinical practice. However, the high number of abstracts designated as Best of ASCO for a 2-day meeting does not allow more than a few minutes for discussion. Best of ASCO planning committees usually eliminate some abstracts that they think are not relevant. A better solution would be that ASCO selecting body reduces the total number of Best of ASCO abstracts. Having parallel sessions is another possibility; however, the majority of worldwide attendees are general practicing oncologists and like to attend all sessions.

Having been myself a proud member of the ASCO International Affairs Committee in 2002-2005, being among the first people to participate when Best of ASCO started in the United States, and having helped to take the meeting overseas (in Japan, Mexico, and Lebanon), I am delighted and honored to see that the tradition of Best of ASCO continues to grow in Lebanon, the Middle East, and and over 25 countries worldwide. We are all proud to see Best of ASCO getting better and better and providing oncologic educational opportunities worldwide! 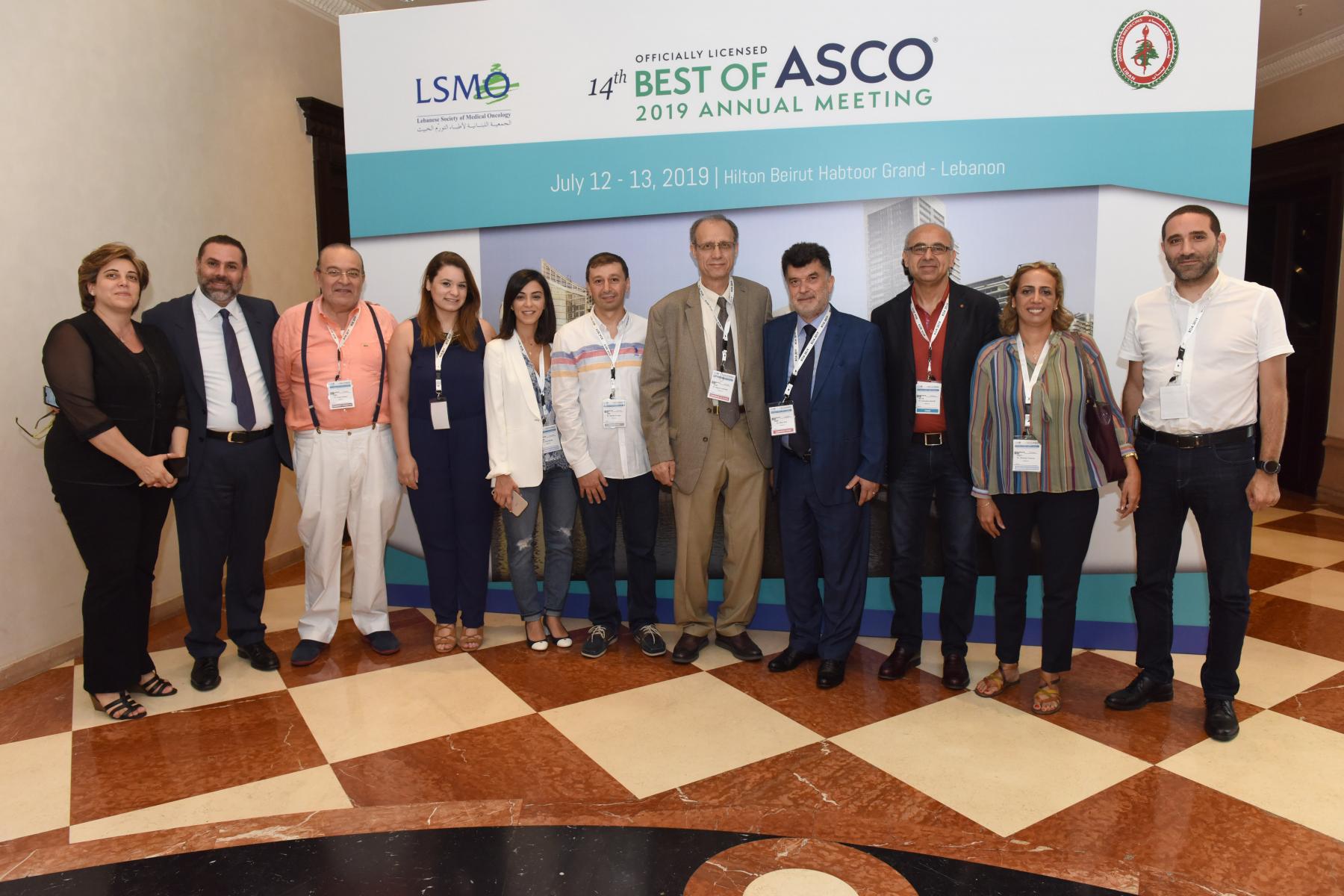 Subscribe to this column
Nov 17, 2022
Breast Cancer Awareness Campaigns Are Back in Full Action!
Jul 21, 2022
Best of ASCO Lebanon: An International Success for 17 Years
Jul 07, 2022
FOR HER Patient Support Workshop Emphasized Hope and Reality of Life With Breast Cancer
Apr 13, 2022
The Beauty of the White Coat Ceremony in Medical School
See all Posts