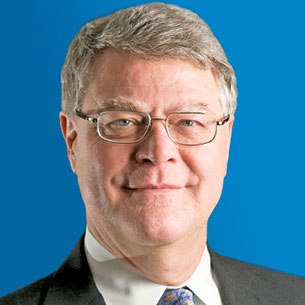 The Strangeness of Being an Exceptional Responder

Here is what the initiative is: “The National Cancer Institute (NCI) has embarked on the Exceptional Responders Initiative (ERI) to understand the molecular underpinnings of exceptional responses to treatment, primarily via chemotherapy, in cancer patients. Exceptional responders are patients who have a unique response to treatments that are not effective for most other patients. For this initiative, exceptional responders will be identified among patients enrolled in early-phase clinical trials in which fewer than 10 percent of the patients responded to the treatments being studied; patients who were treated with drugs not found to be generally effective for their disease; patients who were treated in later-phase clinical trials of single agents or combinations; and even patients who were treated with established therapies. In this pilot study, malignant tissue (and normal tissue, when possible) and clinical data will be obtained from a group of exceptional responders and analyzed in detail. The goal is to determine whether certain molecular features of the malignant tissue can predict responses to the same or similar drugs.”

As I mentioned in my last post, “Patient Psychiatrist,” I was diagnosed in December 2010 with stage IV, adenocarcinoma of the distal stomach, with a metastasis to the peritoneum. The ominously named “SEER Database,” (Surveillance, Epidemiology and End Results) suggested that I had a less than 5% chance of surviving for five years. Fortunately, for me, trastuzumab had been approved for HER-2 positive stomach cancer just a month before my diagnosis. About 20% of stomach cancers over express that antigen, about the same percentage as for breast cancers. Trastuzumab was approved because it increased the overall survival time for patients with metastatic disease, but only from an average of 11 months to an average of 13 months. So, over 4.5 years later, with no evidence of disease, I definitely qualify as an exceptional responder.

I absolutely, totally do not want to seem ungrateful; I am absolutely and totally grateful. Still, though, my unexpected survival has led to some unexpected issues for me.

The least serious aspect of the most serious issue noted above is that I have been spending way too much money on travel and stuff, trying to get everything on my bucket list done as quickly as possible, planning on my life insurance to take care of my loved ones. (That was an intentionally convoluted sentence, to convey my currently convoluted state of mind.) Now I have to go back on a budget. (To reiterate, I am not asking you to feel sorry for me in this regard. I also am not asking you to feel sorry for me because I am back on a diet, since I am back to my pre-surgery weight, plus a little bit.)

The most serious aspect of the most serious problem attributable to my having the good kind of problem is: I have totally run out of “script” for my life. I stole this concept from Eric Berne, MD, author of Games People Play. His concept was that early in life, each of us consciously or unconsciously, accepts a script for the performance that is our life. My script has been to be productive and high-achieving and to rise to the very pinnacle of my profession. At this point, my career is well past its peak, without having reached the pinnacle. Nobody in my work environment actually cares whether I am productive and high-achieving or not. By still being around, I am sort of creating a problem for my employers in that they need to spend time thinking of something to have me do.

Eventually, I hope that I will come to regard the necessity of rewriting my life script as the good kind of problem, but I am not quite there yet. I am mourning the loss of my old script before I have had the chance to come up with a new one.

My wife, Aingeal, has saved me from the very worst possible consequence of being an exceptional responder. She firmly believed that I would survive, when everybody else, especially me, had tumbled to the conclusion that I was a lost cause. If she had given up on me and started a “preparatory grief reaction,” and withdrawn from me, then I really would not have had a lot to live for.

Because of her, and because I have literally been given a new lease on life, I very much want to “give something back.” Being in the Exceptional Responders Study will be a way to do that. Continuing my crusade to fight Helicobacter pylori (H. pylori) and prevent stomach cancer is another way to give back. Being consistently kind and being less self-absorbed, though, may be the best way. Maybe I can pass on to others the wonder and joy that I now feel about being alive. I wish that I had been able to get in touch with this without getting sick, but better late than never.

I am also an exceptional responder and understand the odd shifts in gratitue and guilt, and old plans and new that comes with this.  Eleven years ago, I had Stage IV kidney cancer, with my lungs full of tiny metastases, all growing and threatening to choke me to death.  At this time, there was but one FDA-approved medication, high dose interleukin 2.  The original approval in 1992 indicated that about 15% of patients might respond, with a 7% having a complete response.  Whether any such response might be 'durable' was not really discussed--I just needed to live long enough to see my youngest graduate from highschool, and perhaps to see him off to college.

There is no solid explanation as to why I responded so well, nor why the response is so very durable. It seems somehow to oblige me to teach others about their disease, their options and the barriers to care, including those who dismiss HD IL2 as a treatment without fully understanding it or giving an objective assessment of its impact on the individual patient.

Every day is a joy, tempered too often by the realization that my 'luck' is not properly distributed to others, and the limited knowledge which denies cancer patients the chance at a healthier life.

I don't know if I am an "exceptional responder" but I alive and don't "look like a cancer patient" 11 1/2 years after being diagnosed with metastatic breast cancer.  Several members of the paternal side of my family have also done very well with cancer, including a first cousin who was cured of metastatic colon cancer and our grandmother who was treated for endometrial cancer in the 1950s when she was in her 70s.  She lived to be 101 and died of pneumonia and was not treated for cancer again after her course of treatment.  I have wanted to participate in any research that is looking at those with that kind of family history or those who live considerably longer than the median with metastatic cancer.  My intuition says that there is something to learn from our genetics or the genetics of the cancer cells.  I've not found a way to do that.

I agree with Dr. Hilliard that living so long as a cancer patient has some peculiaraties.  With a family history of considerable longevity going back at least well into the 18th century, I had expected to need to support myself at least into my 90s.  I was diagnosed at 57 and now at 69, I have no idea what length of life to expect.  I retired early as taking care of myself wasn't compatible with my career in parish ministry and I've not regretted that, but I have found it hard to make plans beyond the next six months at most and that is very unlike myself.  Constant treatment has caused fatigue and some difficulty with concentration.  Sigh.

My oncologist of the last 11 plus years just retired and that is a difficulty I have not experienced before!

You are both inspirations to me!  I am all proud of myself for being alive with no evidence of disease almost 5 years after diagnosis, but both of you have mad it over tiwice that long!  Do you ever stop worrying about it?  My guess is:  probably not.

Here is a link to the NCI Q & A about the study:  http://www.cancer.gov/news-events/press-releases/2014/ExceptionalRespondersQandA

Your doctor will need to nominate you.  The main issue will be whether or not appropriate tissue from your tumor has been saved.  Since you are so exceptional (11 years!) your tissue may not have been saved.

Anyway, congratulations!  Like both of you, I am always looking for ways to "give something back" because I am an exceptinal responder (AKA "miracle").  Randy