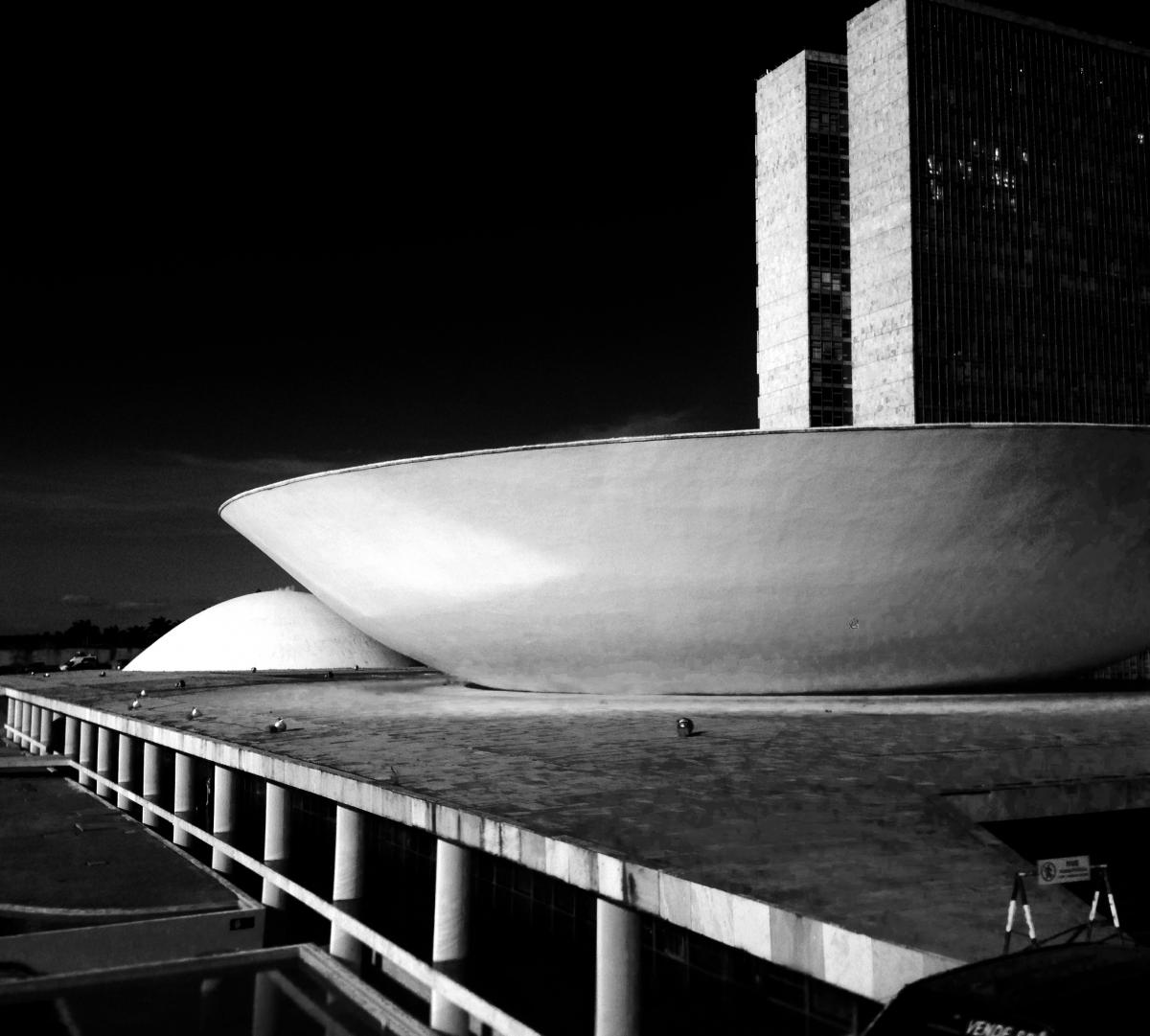 The first capital of colonial Brazil, in the 16th century, was Salvador. Nestled and protected in the Bay of All Saints in the northeastern state of Bahia and with easy access to the Atlantic Ocean, it was perfectly situated for its time. The country's most important commodity, sugar, could be easily brought in from all over its territory and then sailed on to Portugal effortlessly using trade winds.

When the economics changed, so did our capital. Brazil's gold rush, in the southeastern state of Minas Gerais, nearly two centuries before California's, not only helped finance the Industrial Revolution in England (against which our Iberian metropolis always had a negative balance of payment) but also moved the administrative center south, to Rio de Janeiro. Here again the commodity of the day flowed north to Europe.

The Napoleonic Wars led to a unique and reverse situation. For the first time in history, a European royal family was forced to abandon its center of power and move to one of its colonies. Think Queen Victoria moving to Singapore or Hong Kong in the 19th century or a French head of state going to Saint-Domingue (modern-day Haiti) or Cochinchina (in Vietnam). Rio de Janeiro flourished as it became the seat of the United Kingdom of Portugal, Brazil, and Algarves, and trade became open to friendly nations (read: Britain). Universities were founded, botanical gardens created, and the seeds of independence sown. When the King returned to Portugal, the Brazilian elites refused to return to the old state of affairs and led his son, Prince Pedro, to declare independence in 1822, becoming the first Emperor of Brazil.

As the country is vast, from the beginning of the 20th century there had been plans to transfer the capital away from the coast, both to help develop the hinterland and for protection against invasion (and probably to stay away from a growing population which could usually pressure the government by rioting in front of the legislative assembly and presidential palace). A couple of trillion dollars later, thus was born Brasilia in 1960. A modernist utopia (or dystopia, depending on if you actually have to live there) with public buildings and spaces designed by Oscar Niemeyer, Brazil’s most prominent architect, our current capital was built in the geographic center of the country, in the Brazilian Central Highlands. It was here that a populist Congress approved the drug that wasn't.

In a previous article I described the details of how phosphoethanolamine became thought of as a miracle drug:

“A key precursor of the biosynthesis of phospholipids in the cellular membrane, and part of the cell signaling system either directly or via second messengers, phosphoethanolamine, in its synthetic version, has been studied by a chemistry professor in one of the campuses of the University of São Paulo, one of the most prestigious tertiary institutions in Brazil. Potential antineoplastic effects have been demonstrated in a few preclinical studies in cell lines and mice models; nonetheless, no appropriate safety studies have been carried out in animals or humans. That has not kept the eager professor from artisanally manufacturing the substance in one of the chemistry laboratories of the university (which is not registered for producing medicines) and distributing it to an increasing number of patients over the years. He claims that nearly 40,000 individuals have been treated. In September 2015, after he retired, the university administration finally decided to stop this nonsensical practice. What appeared to be the end of a problem that did not even merit a footnote in history books actually sparked a spate of lawsuits, forcing the university to maintain the production and distribution of the substance not only to patients who were already using it but also to new ones who were motivated by the attention generated by the news media when production was suspended.

"In October 2015, the case reached one of the Brazilian Federal Court judges, who ruled that patients could continue using the substance and that the university laboratory should not stop making phosphoethanolamine, even though it was not accredited to make compounds for human use. Following this decision, additional lawsuits have been brought forward to guarantee the right to treatment for patients without taking into consideration the lack of evidence and the bypassing of the mandated scientific and regulatory process of drug development. In the same month, a hearing in the National Congress demonstrated the commotion of patients who placed all their hope in the supposed drug and clamored for action. After this meeting, the Ministry of Health created and funded (to the tune of US$2.5 million) a task force to conduct preclinical studies and clinical trials to evaluate phosphoethanolamine as a cancer treatment; studies will shortly start at the Cancer Institute of the state of Sao Paulo (ICESP). The upheaval and pressure from groups of patients and family members have been so forceful and misguided that legislators have taken to evaluate the creation of a special track for the regulation of this unproven substance. As of this writing, thousands of lawsuits are making their way through the court systems, and even a fake version of the substance has become available on Internet retail sites.”

In quick succession within 3 weeks in March 2016, in a manner atypical for a Congress known for its tortoise-like speed, a proposed bill creating a track for the distribution of phosphoethanolamine, and essentially approving it as a medication and bypassing the appropriate regulatory agency, went through the relevant committees and passed general voting in both the Lower House and the Brazilian Senate. ANVISA and the Ministry of Health, alongside physician associations, are now pressing President Dilma Rousseff to veto the bill. It is unlikely, however, that—enfeebled by an ongoing corruption scandal that has landed politicians, including the government’s leader in the Upper House, and the CEO of the largest construction company in Brazil, in jail, and facing impeachment—she will be able to do so.

If she enacts the phosphoethanolamine bill, in order to obtain access to the compound, patients will only need to get a physician’s certification documenting that they have cancer and to sign an informed consent form acknowledging that there isn’t enough information for the substance to be formally approved. Solomonic, or moronic, I’ll leave it to the reader to decide.

In typical populist fashion Congress was not clear on who will produce phosphoethanolamine or how it is going to be paid for. To complicate matters further, the Medical Council in the State of Sao Paulo, equivalent to a state medical board in the U.S., has stated that if physicians prescribe the substance they will be liable to malpractice and may be sanctioned.

I have used this space to praise Brazilian democracy in past posts, but today I lambast its populist verve. Democracy may very well be worse only than all other political systems tested here and there over the last few millennia, but it is getting harder to take the stamp “Banana Republic” out of my passport. I can’t stop imagining this as a plot in House of Cards, but no, fiction has to be at least within the realm of possibilities. Reality, in Brazil, apparently does not need to follow any rules. Stay tuned for scenes from the next episode…

(And, by the way, Rio will be ready and more gorgeous than ever for the Olympics. Just in case, do pick up some insect repellent. As temperatures drop here in August, however, I hope that mosquitoes and the Zika virus won't be much of a problem. Come join us and see some of this live!)

Pictured above: The National Congress Palace in Brasilia, designed by Oscar Niemeyer. Photo by Dr. Lopes.

Subscribe to this column
Dec 16, 2021
On Death and Dying (Or, the Day I Remembered My Dad and Smiled)
Mar 25, 2020
The Blind Leading the Blind: COVID-19, Cancer, and the Need for More Data
Jun 11, 2019
Breakthrough: New Insights, Ideas, and Inspiration for Cancer Research
Nov 27, 2018
Lung Cancer in Latin America Revisited: From Panama to Argentina
See all Posts