There Is No Place for Bigotry in Cancer Care 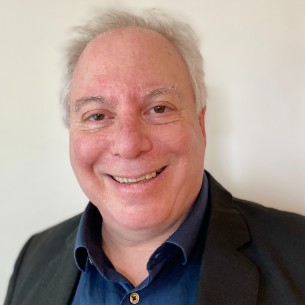 Author’s note: For this article, the acronym LGBT is inclusive of Lesbian, Gay, Bisexual, Trans, Queer or Questioning, Intersex or Asexual (LGBTQIA+).

The way we live, love, and connect is how we tell the world who we are. Patients from sexual and gender minorities deserve treatment that respects and honors their unique needs, presentations, and desires. Why, in 2022, does a concept so obvious need to be stated?

Twenty years ago, not a single oncology-focused intake form in the United States included questions like, "What pronoun do you prefer? Do you prefer having sex with men, women, both, or just by yourself? Who are the people in your life that you consider as your family?"

The primary problem is simple. We know that cancer outcomes depend on appropriate cancer care. Still, most doctors don't ask, and patients struggle to be out to doctors who don't ask or make clear their openness to listening to the unique concerns of LGBT patients. Cancer treatments also impact the quality of identity. A significant portion of LGBT identity is found in sexual behavior. Cancer treatments often alter a patient’s capacity for enjoying sex. Treatment choices should be offered that are aligned with the non-heteronormative aspects of LGBT patients’ sexual quality of life.

Almost all of our LGBT community report feelings of discomfort in health care settings. Twenty years ago, hardly any LGBT patients reported feeling comfortable being out to their doctors. Patients and doctors thought cancer treatment was agnostic to sexual and gender identity. Today, patients know that making treatment choices within the context of sexual and gender identity and patient goals leads to better outcomes.

Ignoring the unique presentations and concerns of LGBT patients can feel like the least problematic path for an oncologist; self-imposed ignorance serves as a defense against challenges to their medical practice. Heterosexual presumptiveness is the norm in oncology practice even for some doctors who identify as LGBT. Indeed, few LGBT oncologists are out to their patients, and even fewer are open to teaching their colleagues.

Our LGBT community presents toxic challenges to LGBT patients with cancer, too. LGBT patients seek the best care for their cancer, but many LGBT advocacy organizations mostly suggest that LGBT patients seek doctors who are out as LGBT. Malecare and the National LGBT Cancer Project are deliberate in not offering this recommendation. This "seek your own kind" attitude lets heterosexual and cisgender doctors off the hook. It defeats our mission of a world where all doctors understand, empathize, and appropriately treat all patients. Indeed, in a world where there may be few doctors with the specialty that could save your life, LGBT patients put their lives at risk if they only seek LGBT doctors.

Patients are mostly eager to be out to their doctors but fear discrimination and diminished safety. Homophobia and transphobia are real and prevalent in our world, including in some health care settings. We've heard far too many reports of transgender patients with cancer being referred away for non-relevant reasons.

All doctors want to think that they treat their patients with respect. But most doctors still fail to accept that not all men have a penis, and not all women have a uterus or breasts or a vagina, and that identities exist beyond the male/female gender binary. Many people do not feel themselves as male or female. These feelings often do not relate to gender presentation, such as clothing. Nonbinary people have existed for thousands of years in all societies, yet few doctors take time to understand how cancer treatments might impact their nonbinary patients.

Without taking the time and care to understand a patient’s gender identity, oncologists and their staff may make assumptions based on anatomy and encourage breast reconstruction or testicular implants to people who are gender non-normative. Indeed, the community itself is not a monolith: transgender and gender non-conforming patients have different support needs and experiences in cancer than cisgender lesbian, gay, and bisexual patients. Gender-appropriate care with hormone-based therapies is critical. Doctors should ask and respect patient self-determination.

Twenty years ago, threats of prejudice, harassment, and sometimes violence occurred in many hospital settings. Hospitals have improved their structural support of non-normative families. Still, there are problems regarding homophobia and transphobia among nursing and support staff. Some LGBT patients told us that their hospital stays were frightening in ways few heterosexual patients experience. Nurses ask LGBT patients to pray for salvation, and hospital "roommates" ask for a room change. Theft seems a common occurrence for LGBT patients during hospital stays. All patients should feel safe and confident in their care setting, and know that their oncology team is working in their best interest.

Unfortunately, unacceptable behavior exists in supportive care systems, too. Twenty years ago, heterocentricity, transphobic and homophobic behavior, and hateful comments were easily found on cancer support forums, webinars, and videos. Not much has changed. Some moderators claim that there are no LGBT people in their online communities, which is almost certainly untrue, but regardless, this is everyone’s responsibility. All online and in-real-life cancer care forums, facilities, and practices must provide a safe and welcome environment for LGBT people.

Most LGBT people feel uncomfortable talking about sexual health and social activities in mainstream support groups. LGBT patients want to speak candidly about sexual health and morbidity without being judged, snickered at, or ignored. Fortunately, models of the support groups started by Malecare and the National LGBT Cancer Project are being emulated by national and local nonprofit and nongovernmental organizations worldwide.

Patients challenged by cancer should not feel burdened with prompting their doctors to ask or correcting their doctor’s assumptions about gender identity and sexual orientation or where they are with any transition. How a doctor asks is just as important as if they ask. Read and repeat back aspects of the intake form that you may find uncomfortable as a doctor to talk about. Chances are, what discomforts you as a doctor is a top-level concern for your patient. Don’t ignore or rush through those sections. Ask questions throughout your examination. For example, ask permission to touch your patient's body at every turn, curve, and appendage.

Please don't assume that a patient has the same attachment to body parts or hormones that you do. Not all femmes care about their breasts, so don’t assume they want reconstruction. Conversely, some masculine-of-center presenting people want to carry children, so don’t assume they don’t need information about fertility preservation. Let the patients advocate for themselves and give them space to do so. Every patient is an expert on their own body. LGBT people have probably already had to examine their bodies in ways that straight and cisgender people don't.

What brings us together is not what we see but how we react. Our community welcomes the vulnerable, including oncologists who are new to learning about us. As Bruce Springsteen sings, our hurt and heartbreak make us tougher than the rest. Be our tough and LGBT-aware doctors so that all of us can live longer and happier lives.

Mr. Mitteldorf is an oncology social worker and the founder of the National LGBT Cancer Project. He is the executive director of the national men's cancer patient advocacy nonprofit organization Malecare. He tweets as @prostatenews and interviews health care providers at youtube.com/malecare. Disclosure.

This is exactly the type of work I have tried to promote as the LGBTQ+ Community Patient Advocate in SWOG. Our DEI presentations in April as part of the GU Symposium was a first step in bringing this message to the full spectrum of those engaged in Oncology Clinical Studies. Thanks for the great summary.