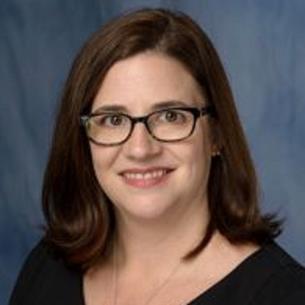 There Are No Guarantees

"I just want to know that she'll be able to travel," my patient's husband said.

Stan and Jane Jackson* sat side-by-side on the mauve loveseat in the exam room. A binder filled with sheaths of paper—copies of Jane's lab reports, CT scan reports, discharge papers, and chemotherapy information handouts—sat open on his lap. On top of the binder rested a notebook-sized calendar, open to the current month. From my perch on the rolling stool across from them, I could see that almost all of the calendar's boxes were filled with scribbles of black and blue ink representing appointments and obligations.

Jane had been my patient since her diagnosis. She was referred to me right after her initial cancer surgery, the one that yielded her diagnosis and stage and offered her the best chance of cure. She received adjuvant chemotherapy, and she tolerated it better than either of us expected. A few months after she completed therapy, her energy had returned almost to normal, and she was able to enjoy—and keep up with—her young grandchildren. Within the next month, however, her cancer returned.

More chemotherapy followed, this time with the goals of controlling her disease, and hopefully, helping her live longer. She tolerated the next course of chemotherapy quite well, with just a bit more fatigue, but the treatment wasn't as effective as we'd hoped. Her cancer shrank after a few cycles, then grew again.

At today's visit, I offered her a switch in treatment, with a different chemotherapy drug. We discussed the goals of treatment again. Jane and Stan looked at each other for a moment, seeing understanding in the other's eyes, and they both turned back to me.

"Yes," said Jane. She and her husband held hands.

After Jane signed the chemotherapy consent form and the tentative date to start treatment was selected, Stan mentioned the trip.

"She'll still be able to travel, won't she?" he asked. "I need to pay the deposit this week. She really wants to go on this trip. It's just . . . really important." He sounded almost desperate.

Jane sat quietly, smiling and nodding occasionally, while Stan told me about the vacation they were planning with a group of their closest friends. They were going overseas, to Europe, a destination neither of them had been to before. This was a bucket-list trip for my patient and her husband. And given Jane's prognosis, the pace of her cancer, and their financial limitations, this was surely going to be her only chance to take a trip like this. This trip was six months away, six long months into an uncertain future.

I immediately thought of the possibilities. The best-case scenario was that Jane's cancer would respond to this next line of therapy, and though a complete remission was unlikely, it was possible that she could have a partial remission. If she was lucky, the response would last long enough for her to enjoy the vacation with her husband and friends. The worst-case scenario was that her cancer would continue to progress, despite treatment, and she would become symptomatic and weakened from her disease, making travel unlikely. Reality was likely to be somewhere in the middle.

The problem with cancer, though, is that there are no guarantees. As Jane's oncologist, I do the best I can at predicting the future, taking into account her cancer's response to prior therapies, the amount and location of cancer on her scans, her functional status, and the possible side effects and toxicities of Jane's chemotherapy. Ultimately, though, her advanced cancer has the final say in whether she can travel six months from now.

"Plan your vacation," I told them both. "It sounds like you'll have a wonderful time."

I reassured them that I'd do whatever was needed to make sure she could travel to Europe when the time came. If she were still on chemotherapy then, we would schedule her treatments accordingly. If she was on a break, all the better. Jane and Stan leaned back into the sofa, letting out sighs of relief. Smiles replaced the anxious looks on their faces.

I hated to put a damper on their excitement, but I offered one last bit of advice, "Buy trip insurance . . . just in case." Because, unfortunately, with advanced cancer, there are no guarantees.

Subscribe to this column
Jun 03, 2019
Nudging the Work-Life Pendulum
May 08, 2017
Reflecting With Gratitude on Gifts From My Patients
Apr 16, 2015
“The Social History”: One of My Favorite Things about Patient Care
Jul 31, 2014
The Telephone Message
See all Posts