Put the Patient First, and the Rest Will Follow 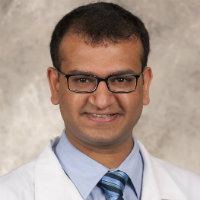 I remember meeting Mrs. Thompkins* last year while serving as a resident on the inpatient hematology oncology service at Parkland Hospital, the safety net hospital of Dallas County. She was an elderly woman who loved the Cowboys and her grandkids more than most things, and had recently been diagnosed with acute myelogenous leukemia. Most patients with newly diagnosed acute myelogenous leukemia remain in the hospital for several weeks (although this practice is changing) while their blood counts recover after intensive chemotherapy, and her arrival to the hospital coincided with the start of my 4-week rotation. As the primary resident caring for her, we quickly became friends over the first week.

Around 10 days after starting chemotherapy, I went in to her room early one morning to find her eating breakfast; usually she ate later in the morning, after a “lazy morning,” as she called it. She was trying to spoon some milk and cereal in to her mouth, and clearly not loving it. I asked her why she was eating this early and she replied, ‘’You know, I can barely get this stuff down. I thought I should eat breakfast twice since I need to keep my energy up. But I can’t eat enough of this at one time.’’

I asked her what she would like to eat instead, and her eyes immediately brightened. She smiled and said, ‘’Pears. They used to bring me pears until a couple of days ago, but they stopped coming.’’

I smiled too. Pears were easy to arrange—I had just seen another patient wolfing down a pear in a different room. I promised to get her one, exited the room, and called the hospital kitchen, who confirmed they had pears and would be happy to deliver them. They had just one question: which patient was it for? I read off Mrs. Thompkins’ medical record number from the computer screen in front of me, and the nutritionist at the other end said, ‘’Sorry, Doc, but Mrs. Thompkins is on a neutropenic diet. We do not allow fruits on that diet. It says the ordering provider was you. Do you want to change the diet?’’

I was suddenly unsure. I asked the nutritionist to keep the diet for now, and thought back to when I had actually ordered it. I did remember putting it in, but when I thought about it, I had absolutely no idea what it entailed: what foods were allowed and what weren’t, and what data supported its use. For those unaware, the neutropenic diet is a relatively loose term referring to diets that restrict or eliminate certain foods and drinks that are thought to confer higher rates of infection to people with compromised immune systems, such as people receiving chemotherapy whose white cell count is close to zero. I remember reading about these diets, and had seen some of my senior residents and oncology fellows ordering them, and had decided to order a neutropenic diet on Mrs. Thompkins to “protect her” from infection. I had not anticipated what it would mean for her and her quality of life. Apparently, fresh fruits were not allowed as part of the neutropenic diet.

I went back to Mrs. Thompkins’ room and told her that I was unsure if it was safe to eat a pear with her immune system, but I would read and ask around, and, if deemed safe, I would get her one as soon as possible. She smiled and asked me to also take care of my other patients.

I quickly looked at the literature about the neutropenic diet and came across several observational studies and randomized clinical trials that reported no reduction in infections among patients on a restricted diet which eliminated certain foods (aka, the neutropenic diet) when compared to more liberal diets that focused more on logical safe food handling rather than eliminating foods (aka, control diets). There really was no data to support their use. I asked our oncology faculty member on rounds that day, and she agreed that the neutropenic diet had no role in the care of immunocompromised patients as long as certain simple guidelines (such as the FDA safe food handling guidelines) were met. Thoroughly washed fruits were indeed safe.

I canceled the neutropenic diet order, and Mrs. Thompkins had her pear.

When we talk about value in health care, we commonly talk about patient outcomes relative to overall costs. It is easy to classify an intervention as high-value care by focusing on the denominator and judging it to be cost-effective. However, it is crucial to focus on what the patient wants and how an intervention affects that patient. Assessing outcomes that really matter to patients will always hold us in good stead. In the case of a neutropenic diet, it might not be exceptionally costly (although kitchen staff do have to spend some time to eliminate certain foods) and may not affect traditional “hard” outcomes such as infection rates. As I saw, though, Mrs. Thompkins was miserable without her pear. Multiple studies have demonstrated that neutropenic diets are associated with reduced patient satisfaction and reduced quality of life, and patients often don’t follow them. Why then do we continue to prescribe neutropenic diets across the United States? We recognize the extraordinary risk of infection faced by patients with neutropenia; rather than arbitrarily recommending or eliminating specific foods, carefully adhering to the FDA guidelines is sufficient to prevent infection in these patients.

As we bask for a few minutes while enjoying our success in making Mrs. Thompkins’ life better, a sentence from a recent op-ed by Dr. Abhay Bhang comes to mind. He wrote, “Go to the people, live among them, love them, learn from them, begin with what they know, build upon what they have.” We probably prescribe neutropenic diets to make ourselves feel better, to feel like we did something to reduce infection risk. The purpose of medicine is to make the patient feel better. We would be well advised to focus on that.

Dr. Gupta was chief resident of Quality Improvement and Patient Safety in the Department of Internal Medicine at the University of Texas Southwestern Medical Center and Parkland Health and Hospital Systems, Dallas. He is currently a hematology oncology fellow at Johns Hopkins University, Baltimore. Follow him on Twitter @guptaarjun90.

Subscribe to this column
Jan 15, 2021
My ASCO Journey
Jan 12, 2021
Challenge Your Biases: Understanding Your Patient Is Key to Providing High-Quality, Empathetic Care
Jan 08, 2021
Every Day at 6:38 PM, I’ll Think of You
Dec 08, 2020
Fellowship During the Pandemic: Mourning the Experience We Expected and Thriving in the New Normal
See all Posts