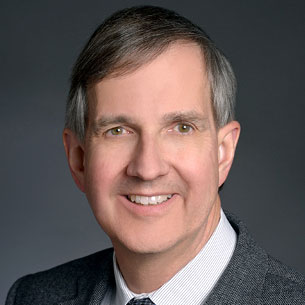 Perspectives on the 2011 Medicine 2.0 Conference

This past weekend, along with over 400 other health care providers, social scientists, technology entrepreneurs, and “e-patients,” I attended the fascinating and provocative Medicine 2.0 conference at Stanford, or more accurately the “Fourth World Congress on Social Media and Web 2.0 in Health, Medicine and Biomedical Research.” The Medicine 2.0 series is the brainchild of Gunther Eysenbach, MD, MPH, professor of health policy at University of Toronto and Senior Scientist at the Centre for Global eHealth Innovation in Toronto. He is a prominent researcher in the field of eHealth and the effects of the Internet on medicine, and he is founder and editor-in-chief of the influential (and open access) Journal of Medical Internet Research. This was the first Medicine 2.0 held on U.S. soil, and it was ably chaired by the enthusiastic and passionate Dr. Larry Chu, an anesthesiologist at Stanford who also has an interest in educational informatics and epidemiology. The venue was the beautiful, state-of-the-art Stanford medical education building, the Li Ka Shing Center for Learning and Knowledge. As I walked around the medical campus enjoying all of the gleaming new buildings and delightful 80-degree temps, I seemed to have trouble recalling much about the locale from my days there as an oncology fellow in 1989-1991. (Perhaps the fact that I was a first year fellow and had a newborn at the time had something to do with my recollections being mostly of inside corridors).

This meeting definitely had an “unconference” feel to it, with a paucity of bulleted PowerPoint slides and even fewer neckties, not to mention quite a few spiky-haired twenty-something Silicon Valley types (I think they call them Millenials) in attendance. Not exactly the same ambience as the ASCO Annual Meeting. The attendees encompassed a wide diversity of professional backgrounds and training, although most had a particular interest in social media and Web 2.0 technology. It was great to see the broad international audience, with Canada, the UK, Spain, Israel, New Zealand, and Australia, among others, all well represented, hardly surprising since Medicine 2.0 2008 and 2009 was held in Toronto and 2010 in Maastricht. The conference badges themselves were works of art, featuring our pictures, Twitter handles, and personal QR codes. The idea was that you could take a picture of the QR code with your smartphone (using an app like Red Laser), and it would open up to your individual profile page on the conference website, perfect for networking. I kid you not, here is a YouTube video about the badges.

This was a three-day event, and the full program pdf is here. Day 1 was the “Stanford Summit” and was organized like a series of TED talks, covering such topics as Communities of Practice and Participatory Medicine, Facebook for Scientists, Culture of Science on the Internet, and the Science of Sharing, and Innovations in Medical Education for Tomorrow’s Learners. Again, the feel was very un-conference-like, with a white leather couch on the stage and each speaker illuminated center stage while using a hands-free mic. Not the construct of most of the meetings I attend. These talks were interspersed with live demos of emerging technologies, such as iPad apps for patient education and a slew of different of devices like smart glucometers and high-tech pedometers that connect to your iPhone via Bluetooth. Days 2 and 3 had a more traditional format with abstract presentations and some panel discussions. Of course, social media was in use everywhere, with Twitter being the most obvious example. Using the conference “hashtag” of #med2, over the three days of the conference, 680 users sent 5802 tweets – not bad considering there were fewer than 500 registrants. Contrast that with our analysis from the 2010 ASCO Annual Meeting (4465 tweets/684 users/32700 registrants) - #fail.

Some things I found interesting

Reflections and next steps

Conferences like this, out of my usual comfort zone, are always interesting and raise a lot of provocative questions, particularly when you spend an intensive amount of time with people truly passionate about a topic, with words like “engagement,” “empowerment,” and “community” constantly swirling about. For myself, born several decades before Facebook, I became interested in social media as a tool for enhancing professional education and consumer health information about three years ago, related to my ASCO volunteer activity with the IT Committee, when we first started exploring the use of Facebook and Twitter as part of the ASCO portfolio. Since then, I have become a big fan of Twitter for personal enrichment and sharing, and I have dabbled a little bit in podcasting and blogging here at ASCO Connection – that is, when I am not feeling intimidated by the wonderful posts of blogger-in-chief, George Sledge.

Patients have clearly embraced social media, and we physicians are getting left in the dust. Perhaps most physicians are just fine by that, since the twin concerns about patient privacy and time commitment are always prominently mentioned in any discussion about physician use of social media. But before we assume there is safety in numbers with all of our heads in the sand, let’s not forget the institutions we work for are rapidly employing social media as well (current unofficial tally is 3,952 hospital social networking sites in the U.S.). The air may be getting a little thin underneath all of that sand, with our patients and our employers up in the sun. We do need more data, though, and that was probably my biggest take home from Medicine 2.0. Too many of the papers were anecdotal “how we did it” stories, and quite frankly the unbridled enthusiasm for all things social displayed by the attendees of the conference, while exhilarating at times, is a bit like the Silicon Valley Reality Distortion Field that Steve Jobs had been accused of perpetrating with Apple product announcements. Surveys of usage and storytelling may be a fine place to start, but we need to design some intervention studies and measure outcomes that matter. And they have to be real, hard endpoints like disease-specific outcomes and physician behavior. Plus, we need to do much more work from the policy standpoint, refining definitions of professionalism in social media, clarifying institutional terms of use, and figuring out a way to agree on best practices. (Here’s a nice summary of some of the policy issues.)

As I have been saying here, our patients employ social media tools to become more empowered and connected in their health care, and they have achieved remarkable success in just a few years. It’s time for health care providers, scientists, and policymakers to pay attention to this phenomenon. And I would submit that the field of oncology, with the enormous impact cancer has on the lives of patients and families and its current complexity, cost, and promise, might be a good laboratory in which to study this. Let’s stop focusing the conversation on social media risks and barriers and think about what good we can accomplish. I think I was the only oncologist at Medicine 2.0. Any takers here?

As one who could not  attend despite my avid advocacy for patients, (I could not afford it)...why so outrageous a fee? I want to thank you for the excellent summary...Almost as good as being there.  I will be able to use your commentary in a presentation to the medical staff at my hospital and others surronding it.  The comments on the ROI were good. Do you have any hard data on ROI?

Thanks for this great report. Just a quick note that the next Medicine 2.0 conference (aka 5th World Congress on Social Media, Mobile Apps, and Web 2.0 in Health, Medicine, and Biomedical Research) will be in Boston, Sept 15-16th, 2012 (Abstract Submission Deadline: March 7th, 2012), and we are already collecting the best ideas for speakers, panels, demos, sponsors. Potential participants who are not already member of the Medicine 2.0 network (membership is free) can sign up at http://www.medicine20congress.com/ocs/index.php/med/med2012/user/account to receive notifications about the next congress and suggest speakers/panels/sponsors. We certainly had a lot of oncologists at previous conferences.
@Gray Levin: Regarding the critique about the high conference fees - those who went to the conference probably got a sense of where all that money went to. Medicine 2.0 organizers are financially independent, and these fees were determined by the Stanford organizer Larry Chu - those who attended can probably testify that they got some value for money. Conference fees for next years' Medicine 2.0 congress in Boston will return to a "normal" level for an academic conference. Hope to see you all there!

Dear Dr. Miller: Excellent meeting report and commentary. Thank you.
I have taken the liberty of passing on the link to your report to the membership of the Society for Participatory Medicine (which includes some of the e-patients you refer to as well as others like Susannah Fox of Pew).