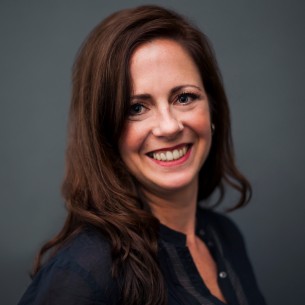 Throughout my career I’ve tried to adhere to the principles of biopsychosocial medicine—a tenet of training at the University of Rochester, where I went to medical school. It was developed by Drs. George Engel and John Romano, and it taught us to think of health, and illness, by systematically considering biology, psychology, and the social aspects of people, their conditions, and their communities. It informed how I look at cancer, and it has always informed how I talk with those who come to see me as patients.

What I did not imagine was a time when I would become involved in advocacy. I suppose I always saw myself as the one who referred people to advocates and organizations, where they could gain support, whether that be psychological, social, or financial. Indeed, I actively referred people to our social workers (the best institutional advocates) and to resources I found to be helpful. Yet, I never saw myself as an advocate.

In 2012, that changed. I attended the REV Forum, a meeting of stakeholders focused on creating patient-centric health systems. It was one of the first meetings where I was a part of a larger audience, including not just my peers in oncology, but policymakers, people with cancer (both those without disease and those living with it), tech start-up founders, digital technology pioneers, and leaders in the advocacy community. I learned so much more about the viewpoints beyond that of being a cancer doctor, and I also made some lasting connections.

One of those was with Jennifer Merschdorf, MBA (@JenMerschdorf), the CEO of the social-profit organization Young Survival Coalition (YSC; @YSCBuzz), herself diagnosed with breast cancer at 36 years old. She had a presence about her and spoke with passion about what young people with breast cancer face after their diagnosis, and the challenges that continue long after treatment has stopped. She was also approachable, and on the last night of the meeting, the memory I remember most vividly was her coming in with her tiny dog.

From that first meeting has grown a friendship, and even today, I marvel on her journey towards running YSC. However, I realized I never really got to know how she got here. So, I decided to chat with her about it. First I wondered whether this role was something she imagined she would do growing up. She answered:

“When I started college, I wanted to be an architect. I was accepted into a very competitive program and while I loved the classes, I did not have the maturity to prioritize the hard work before my new college social life and ended up dropping out of the program. While I have regretted that decision at certain points in my life, I have remained intrigued and interested in architecture and continue to invest in it both in practice and education.

“I pivoted my remaining college experience on an education in business with a desire to follow in my father's footsteps and run my own company someday. I wanted to do international work so took advantage of study abroad, living in Thailand and studying Southeast Asian business, and graduated with my BA. My father owned a successful advertising agency in the San Francisco Bay Area, and I think that many people believed that I would move into that work with him and someday take it over.

“Early on in my career, my desire to serve and help others began to outweigh the desire to gain wealth, and in my mid-20’s I chose to take a road into the social-profit industry (also called the nonprofit industry). Ultimately, I got an MBA, and worked hard to expand my fundraising and management skills. Many years later, I was offered the opportunity to become YSC’s third chief executive officer in 2011. My dad was beyond words, he was so proud.”

After I joined YSC’s board, I realized what a huge role Jennifer played; she was not only the face of YSC, but she had to ensure its survival. I marveled at the job she did with her team, how she worked to make sure they all felt important while always turning her attention to the needs of this community. I asked her about the role and the challenges of leading a national philanthropy.

“Because I always knew I wanted to run a business one day, I was able to take the steps and get the experience I needed along that path to ensure I would be a well-rounded leader. I gained years of experience working directly with low-to-mid-level donors. I managed a national staff of operations professionals. I learned finance and accounting. I learned how to ask for money. I learned how to market programs and services. I learned legislative advocacy and its role. I learned about the different types of money around the industry. Most importantly, I learned that a social-profit organization is a business, just like a for-profit business—the only difference is that the goal of the company is to fulfill its mission, not to generate a profit. Otherwise, they are exactly the same.

“In the for-profit space in the United States, an unprecedented number of mergers are occurring. Smart people are identifying others in their markets to align with, share resources, and streamline operations to allow them to have greater reach into their markets. I think that one of the greatest challenges right now in the social profit space is the reluctance to do the same thing. There is a limited amount of donated dollars with thousands of social profits competing for them. Why aren't more social profits looking to find partners to merge with?  Why aren’t there more business-minded professionals in the social profit industry who understand the opportunity of merging and consolidating resources to increase their impact?

“As people in the United States continue to battle with the ideology that social profits are not real companies, leaders like myself in the industry will continue to work to demonstrate that social profits are complex, well-run businesses that should be respected as such. While passion for a cause is important, it is not enough to successfully run a company. It takes more than passion: it takes training, education and skills built over time in business.”

Finally, I asked Jennifer for advice on a question that comes up a lot. Many people who go through the cancer experience are forever changed; old priorities fall, giving rise to new passions. For a lot of people, it is the need to do more—increase awareness, increase support, raise funds for research and for support services. Most, however, don’t know how to start. I wondered, what her advice would be to people who want to make a difference but aren’t sure where to begin?

“I am also asked this question a lot, and I always have the same answer. When you are first faced with cancer, the most important thing you should do is focus on yourself and do what you need to do to get through the initial experience. We are all different, and only you will know when it is time—but at a certain point, everyone realizes that they are through a major part of their experience and can look back with a different lens. At that time, each person needs to decide for themselves how they want to move forward. For some, they never want to think about cancer again, and I do not blame them. For others, like myself, it was important to try to do what I could to help others. To let them know an organization like YSC exists and can help them find the support and community they might need.