Motherhood on the Road: When Childcare and Professional Development Conflict 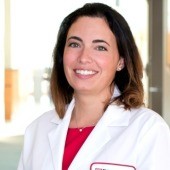 For the second consecutive time in 2 years, I attended the NRG summer conference in July. It was again in my backyard of Philadelphia and the local locale allowed me the luxuries of not re-arranging my long-call, remotely manage patients, and knowing that I could take a train back to the clinic should an emergency arise. In addition, despite longer than average work hours for my nanny and the prospect of being a single parent first thing in the morning and into the late evening hours for my spouse, I would be able to be home each night. Although my kids saw little of me for those 3 days, I was in town and didn’t have to arrange night care should my spouse be called out of town on business, as routinely occurs in our household.

I value NRG as an opportunity to attend a subcommittee meeting, meet other regional physicians, and seek mentorship to advance my activity within the organization. After an early morning workshop, I sought out a more established physician for his advice on obtaining a future committee appointment and success within the society. I deeply value the time he spent addressing my questions and the advice he offered. Beyond the standard counsel of active trial recruitment, he referenced his experience in advancing within NRG by becoming an active fixture at the semi-annual meetings. I empathized with his past stories of spending outside his budget to cover flights and hotels, grimaced when he told of having to use vacation days, but eventually found myself bewildered as to the feasibility of physically attending the conference twice a year along with the annual meeting and potential other meetings.

For the past 6 years, as an academic physician, I have been scrutinous in deciding which conferences to attend. Initially my decision was guided by coverage availability or the costs that limited conferences to two a year. The birth of my first child, however, further restricted my travel away from home. The dependency of baby combined with an already over-stretched nanny and limited resources in our new geographic location was not favorable to allowing travel for me while maintaining the work expectations for my spouse.

In April 2014, for ABS, I brought my 6-month-old along for the 6-hour drive while my husband flew in from San Francisco to meet us a day into the conference. He stayed with us but left daily to attend to work interests in the region. When he was absent, a wonderful friend in the area lent us his nanny. The nanny drove 30 minutes every day to the Marriott in San Diego to watch my son in our hotel room while I attended the conference. I limited my other conferences in 2014.

In 2015, however, finding myself falling behind in research and aware of the future increased logistical constraints, I planned to attend my last conference before the birth of my second child. At the Gastrointestinal Cancers Symposium in 2015, I was 7 months pregnant with a 1-year-old in tow. In order to commit to the conference in time to secure coverage and a hotel room I also had to secure my nanny’s commitment to work overtime and travel with me. What once had been an expedited trip through airport security for a seasoned traveler became a complicated production involving weeks of planning and armfuls of stroller, car seat, diaper bag, suitcases, and baby. And at what an additional financial cost! Each day of the conference, I helped my overwhelmed nanny plan her day in downtown San Francisco and rushed back at lunch and each afternoon to limit her overtime and her exhaustion. The absence of time availability for networking and the stress of the experience unfortunately lessened the impact value of the conference for me.

Four years later, I am fortunate to have young children who have grown accustomed to a parent that travels routinely and another with occasional absences from home for work. We have a routine inclusive of all-day school, a stable live-in nanny, and a nearby family member who can help out in select situations. However, the 6-hour period that my husband was flying out of town and I was on an incoming flight will forever be seared in my mind as the one time my youngest decided to stick a marble up one nostril, and when he couldn’t retrieve it, to solve the issue by shoving yet another marble up the other nostril while at school. As the main life juggler in the house, every conference I consider attending is first vetted in my mind as to who is fully capable and willing (or financially prudent) to assume care of my children during that time period.

In a nice piece written by Rachel Harris in Inside Higher Ed, she elaborates further on the burden of and costs incurred to women in academics. Not every woman has to be concerned with childcare obligations and not every man is immune from them, however, it contributes to the difficulties that women, as a whole, face in networking and in career advancement.

In 2018, ASCO made an overture in acknowledging and supporting the childcare obligations of its members by offering childcare at future ASCO Annual Meetings. Likewise, in October, ASTRO will offer childcare services for the first time. For many of us, previous years have necessitated establishing first-, second-, and even third-line childcare fortifications. I am thrilled to see our profession embrace this service. I hope as this becomes widely known and relied upon, both female and male physicians will take advantage of this as an opportunity to expand their professional presence and as an opportunity to make our profession a family-inclusive experience.

Dr. Howell is an assistant professor and assistant residency program director in the Department of Radiation Oncology at Fox Chase Cancer Center. Originally from Southeastern Michigan, she has also practiced radiation oncology in the Southwest, Southeast, and in Canada during her training and early career. She currently treats sarcoma and gynecological malignancies and is the sarcoma site moderator for Mednet.

I agree Dr Howell. Being a 'professional' mum is overwhelming and your article brings comfort that one is not unique in this situation. Its great that all these organisations are providing childcare during conferences. Makes a good statement on inclusivity.

I respect your effort in accompany your children with you to the conferences. I believe that your children also enjoy their early "academic journeys". All efforts paid off. From a mother of a 6 years old lovely girl and a PhD student at the same time.