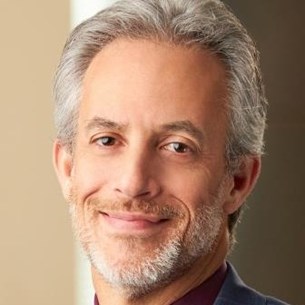 From age six through high school, I played baseball. Playing baseball ended, rather abruptly it seemed, when I went to college, but the lure of the game has always remained. To my colleagues, it must seem that I can hardly understand the world without the comfort of baseball analogies. I was thrilled when my son Ryan, age 12, saw the movie Moneyball and told me that he wanted to see it again, with me. For my son, the movie is a drama about baseball and a true story related to players that he has heard about. Ironically, my baseball-smitten mind instead saw a story about leadership and organizational structure. I saw struggles easily recognizable and relatable in our medical culture.

In baseball (as represented in this movie), there are five groups of stakeholders: the fans, the players, the coaches and scouts, the baseball administrators (general manager), and the owner. By analogy, in medical systems there are: the patients, the clinicians at the point of care, the medical leaders (such as department Chairs), the organizational administrators, and the big boss (CEO, president).

In Moneyball, the main character is Billy Beane (played by Brad Pitt). Mr. Beane is a former player who had an unsuccessful playing career and is now a general manager (GM) for a “small market” baseball team in Oakland trying to compete against the overwhelming bankroll of teams like the New York Yankees. He is the “hero” who decides to implement a new strategic paradigm for evaluating players and for actual strategy on the field. Mr. Beane, as GM, sees the players like spoiled children and the coaches and scouts as fools who are stuck in old-fashioned ways of thinking about the game. Inspired by some fresh quantitative metrics that seem clever and well-suited to the challenge of trying to succeed as a small market team, Mr. Beane and his brilliant assistant GM force their hand on the players directly, circumventing the coaches. They have some amazing success, but do not ultimately achieve their goal of winning the World Series.

As I considered this analogy between the baseball hierarchy and that of medical systems, I found myself yearning to upgrade the attitude and approach of not only the GM, but also the players and coaches. The GM was correct in being innovative and challenging the status quo, but he failed to lead, choosing instead to aggressively exercise his authority and behave as a bully. The coaches and scouts seemed stubborn, resistant to change. And certain players did seem spoiled and entitled. The entire baseball hierarchy would have benefitted from a heaping serving of equipoise. That is, rather than being so enamored of their way of doing things and perceiving the world, they needed to take a deep look at some unfamiliar ways of thinking and doing their work, and consider alternative approaches. With mindful reflection and equipoise, they might discover that their mutual interests could be better served working in concert (achieved through dialogue) rather than each entity acting in its own perceived self-interest.

In science, we understand and treasure this notion of equipoise, but outside the confines of an experiment, the principle can slip away from our awareness. This leaves us vulnerable, at all levels in the medical hierarchy, to falling short of our goals and even losing sight of the real goals due to arrogance or fear. Respectful interactions between all levels and all individuals, courage, creativity, equipoise, and ultimately teamwork are attributes that enrich the probability of fully realizing the healthiest goals.

I wanted to post a comment about the book "Moneyball" 2 years ago. I just reread the book and recommended it to Al Lichter and Blase Polite of ASCPO. What strikes me is the way nonconvention overtook the way we rate baseball players and that what we thought were sacred metrics (RBI, batting average, errors etc) were inaccurate. As institutions and organizations try to judge quality of care using various narrow benchmarks it becomes obvious that they fall way short of the mark. For instance, adverse outcomes in an institution where sicker patients make up the denominator and where socioeconomic barriers stress otherwise excellent caregivers, our errors appear to be magnified in number because we have to try harder to 'make the play'. But our outcomes are measured as inferior compared to some other hospital demographic where it is easier to avoid those missteps because we don't have to try harder to 'make the tough plays'. What Billy Beane and Bill James teach us is that 'sabermetrics' is a synonym for useful and accurate metrics in the health care delivery system.But we haven't found out a way to do it right just yet. Looking for a new general manager position at CMS, Billy?
We need to show these institutions that good outcomes are result of carefully planned inputs or evidence based algorithms and as branch rickey once said then, "... luck is the residue of careful planning". And if our outcomes fall as outliers then we shouldn't trade ballplayer just yet but find out if it his other team mates who make him look bad- especially if someone else is willing to pay him for his true market value (or reimburse a physician for his true contribution to quality of care.

Dr. Provenzano's comments about the sabermetrics of quality measurement in oncology reminds me of the adage applied often to healthcare "you can only manage what you measure".  Another way to understand this would be "if you measure and prioritize things wrongly, you are likely to mismanage."  I think this is true for both quality measurement and productivity metrics.  These metrics are complex and require significant dialogue between stakeholders in any healthcare organization to make appropriate use of them.  Too often, we succumb to the lure of a simple solution (such as the Moneyball movie example where on-base percentage becomes the golden metric). This brings to mind the quote attributed tol H.L. Mencken: " For every complex problem, there is a solution that is simple, neat, and wrong."

Your points are well taken. but the measurements of such complex multididimensional interactions often default to the 'simple, neat and wrong' process. And billy beane was most concerned about the 'process' which is the ultimate surrogate for outcome but practically cannot be quantified (yes there are no 'OBP's' in oncology). Unfortunately, the organizations responsible for the measurements and reporting are looking for 'simple and neat'.  We as oncologists need to be heard but only after much introspection regarding how we can get all the providers and payers on the same page. This is the biggest challenge and has been since i've been practicing for the last 30 years. Nonetheless, references to popular media and print can help us explain to our bewildered patients the complexities of what we do.

What makes Moneyball such a great book -- and by extension a quality film -- is that so many of its principles are applicable to areas far, far away from the diamond. There are lessons about leadership to be learned, certainly, though as someone who worked in baseball journalism before joining the ASCO staff this year, I have to say many of the scenes between Beane and Art Howe or Beane and his scouts were severely dramatized. Hey, that's Hollywood for you.
Anyway, Moneyball has had two lasting philosophical impacts on me -- one directly from the protagonist Beane and one learned as a consequence of his failures.
The first, from Beane, is to always challenge paradigms, to search for inefficiencies, to question authority and tradition. Baseball as an industry really was begging for a statistically-based revolution and Beane really was at the fore of carrying it from the fevered midnight writings of Bill James into baseball's front offices. For that, he deserves tons of credit. Imitation is the sincerest form of flattery, and every front office is now literate in sabermetrics and, more broadly, trying to find the next version of OBP.
The second, gleaned in part as a result of Beane's failings, is to take a holistic view wherever you possibly can, to never shut out any piece of information that might be useful simply for the sake of slavish adherence to "your system." Based on my years covering baseball, I've come to the conclusion that the best front offices are incorporating sabermetric principles on a grand scale -- but that the word incorporating is the most important there. Numbers aren't enough. Neither are grizzled veteran scouts. Combine the two, though, along with other forms of quantitative analysis and, on some level, instincts and you're in position to have a very good baseball team.
Those are lessons that apply everywhere in life, and again, that's what makes the lasting impact of Moneyball so impressive.