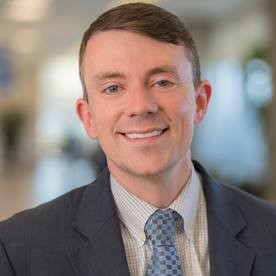 By Mark A. Lewis, MD

Last weekend thousands of would-be prophets gathered in Chicago. They did not read tea leaves or look for omens in entrails, although they did pore over scans of internal organs and try to divine meaning in the appearance of disease-ravaged viscera. They were scientists and clinicians convening at the largest annual global assembly devoted to cancer research.

And when the physicians left after exchanging new ideas and discoveries, they returned to hospitals and clinics to be asked by those under their care: "How much time do I have?" It is a question that arises, inevitably and understandably, from the trepidation of patients, a query freighted with high expectations of their doctors’ prescience.

As a medical oncologist, I attended the ASCO Annual Meeting to improve my clairvoyance by learning the latest insights in the field. I had hoped for significant therapeutic advances, waiting for personalized medicine to fulfill its promise that we might tailor treatment to each patient, to uncover and attack the Achilles heel of their specific tumors. However, even as the drugs themselves become more precise—with fewer dirty bombs and more smart missiles in our arsenal—it remains extremely difficult to know the outcome for any given person. And while we rightly celebrate any gain in longevity, it is still distressingly common to measure survival benefits in months rather than years.

Upon hearing me complain about my predicament as a prognosticator, a classics scholar once likened me to Cassandra, and I don’t think it was intended as a compliment. Imagine her plight: even if you could predict the future with crystal clarity, no one would put any stock in your augury. You can envision Troy consumed by fire but can’t prevent the inferno. I feel some empathy for her, her alarms falling on the deaf ears of an audience inured to denial. My patients don’t want to believe me either when I tell them that their citadel too is destined to go down in flames. I’m likely the first soothsayer to ever warn of a conflagration.

Foresight gets muddied by optimism, and no one curious about their fate seeks out a misfortune teller: we want to picture the Rolls-Royce but not the car crash. Those who consult horoscopes only look for cancer between Gemini and Leo. We burnish our predictions for ourselves with more hope than the unalloyed facts of the present can justify.

Each an n of 1, we inhabit our uniqueness with a comfortable familiarity, as well worn as our skin. Resisting the laws of averages, we like to believe that we must be the outliers, safely perched many standard deviations away from the mean. It’s the same cognitive bias that leads us to purchase lottery tickets with infinitesimal prospect of reward, to run the streets of Pamplona confident that we won’t be gored.

But the problem with exceptionalism is that it also means things can go unusually badly; someone is going to be impaled by a raging bull, and it could well be us repaying the matador’s debts. A bell curve has two sides, an attractively distant tail and a closer slope that we’re biased to overlook.

Our own risk assessments are irrational too when it comes to exotic dangers, fearing the plane crash more than the pedestrian peril of driving to the airport. With our judgment irrevocably hampered, blinkered to the hazards that surround us, we turn to others for awareness and guidance. In the process doctors get elevated to oracles. For all that science would aim to dispel mysticism, it is impossible to ignore the power of specialized wisdom, so much so that expert panels convened to answer challenging questions are literally asked to provide a “Delphic consensus.”

Continuing a through-line from the Temple of Apollo, oncologists are asked every day to peer into a crystal ball and speak sagely about how much time is left, as if we alone can pierce through the haze of mortality. Meanwhile our sharpest prognoses remain vulnerable to fate’s stochastic cruelty. We make decisions in the here and now based on the past. Our incomplete corpus of reference is assembled through individual experience—practice is the mot juste for what doctors do—as well as collective trial and error. As a profession of critical thinkers, we apply the scientific method to our investigations, trying to select only those worthy treatments whose merit can’t simply be chalked up to chance. But each person with cancer enters an irreproducible experiment in which they are the sole participant.

Stalin could have been a research-reliant oncologist with his chilling observation that one death is a tragedy, but a million deaths a statistic. Cancer doctors find themselves mired in the same emotionally neutered numbers he exploited to render the scope of his atrocities inconceivable. But rather than hiding mass graves beneath Siberian snowdrifts, we bury our dead in survival curves. These graphs can be found writ large in our journals and projected on massive screens at our conferences, but their name sounds rosier than the grim reality they actually depict. If you look closely enough these lines aren’t smooth, the difference between a cartographer’s ink and a true coastline. They’re ragged, a series of plummeting cliffs whose topography only gets planed down at a cold remove. Magnified, restored to corrugation, each descending notch on the graph represents a nameless casualty of cancer. When these declivities are understood on an individual basis, the “survival” curves become unearthed as steamrolled cemeteries. It all sounds unspeakably morbid. But without plotting the tragic data points, we have no guideposts for the still-living.

For as much as we extol Hippocrates as the father of medicine, the author of our sacred oath was not in favor of transparency. Instead he advised doctors: Conceal most things from the patient while attending to him. Give necessary orders with cheerfulness and sincerity, turning his attention away from what is being done to him, revealing nothing of the patient’s future or present condition, for many patients have taken a turn for the worse by hearing of what is to come. Our discipline’s patriarch would have us skewing wagers in everyone’s favor, promising good fortune to all who would partake in oncology’s carnival game. But the brutal truths we’ve accumulated about cancer in the centuries since make such confidence tricks unconscionable to the modern odds-maker. Rich in general knowledge but short on personal understanding, we place the uneasiest of bets.

And so, fumbling to forecast, we cite our statistics. Then we demur and tell our patients the truth: that they are not a number, and that, in a normal distribution, most patients don’t hew to the median. A typical survival measured in months does not preclude an aberrant death within weeks, nor does it exclude years of remaining life.

This shared uncertainty between patient and doctor can create common ground, however shaky. Irrespective of how many “breakthroughs,” “game-changers,” and “home runs” are shared among oncologists at the ASCO Annual Meetings, it will remain beyond our capabilities to plot each person's point on the probabilistic curve. But no matter how many days are yet to come, and whether the goal of care is cure, control, or comfort, we can tell our patients with absolute certainty that we will not abandon them to the unknown.

Dr. Lewis is the director of gastrointestinal oncology at Intermountain Healthcare. His professional interests include neuroendocrine tumors, young-onset cancers and hereditary cancer syndromes, shared decision-making, and patient-physician communication. Follow him on Twitter @marklewismd.

Exactly! I have a column coming out in a little, local newspaper in which I make the same point (among others). I think it goes further than what you've stated, however. I have found that doctors are expected to know exactly when their patients are going to die, so that they can avoid running up the nation's medical costs by treating those patients "needlessly" in what prove to be the final days, weeks or months of their lives. The stats wonks look at the death and treatment expense data in hindsight and castigate doctors for not having better prognosticative powers. Granted, sometimes it's clear that nothing more will help and it's time to let go. But often it's not at all clear that the end will come as it does, when it does.

We had a similar discussion in our palliative care interdisciplinary team last week about how oncologists try to balance hope and reality. A youtube video was played about a palliative care physician choosing supportive care only after surgery for Stage IV ovarian cancer. The impression was that oncologists never allow patients that choice —which is patently untrue. The trend to have treatment and palliative care input co-exist at the beginning of diagnosis and treatment oprions should help that more complete communication. ASCO has done a lot in recent years to raise palliative care issues and strength as a specialty itself.

(PS: I’m proud of my former fellow, Dr. Lewis for his insights and superb care of patients!!)

Thank you for a wonderful and pertinent essay. We can be awed both ways. I remember being nearly assaulted by an Intensivist once when one of my relapsed lung cancer patients in the early days of immunotherapy was in the ICU with obstructive pneumonia despite chemo and RT because I was giving him nivo in the unit. Two years later he was still fine. We do indeed have challenges in reading the tea leaves, in both directions.