In Memory of G: A Global Call to Action Against Cervical Cancer 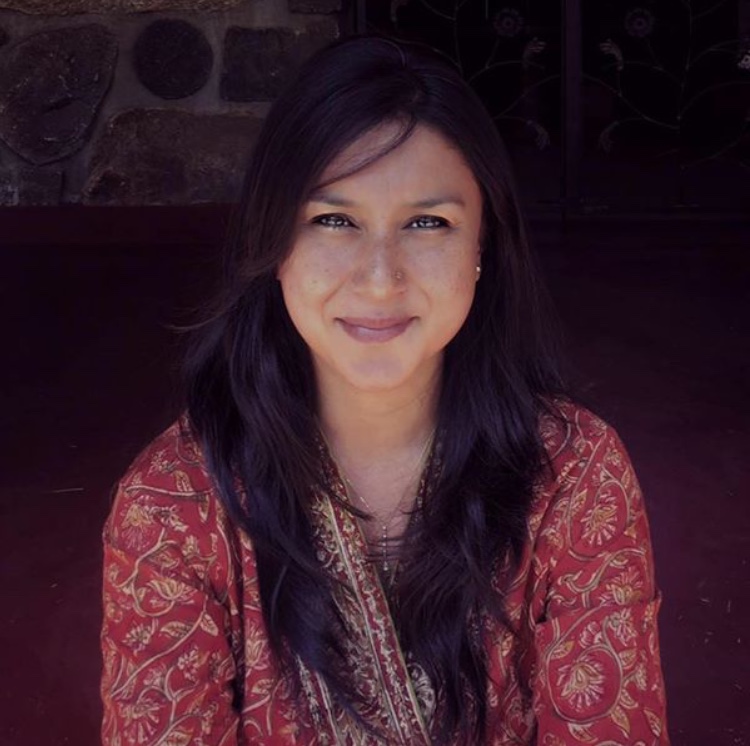 I met her on March 10, 2017, at Jungle Retreat, our beloved family wildlife coexistence lodge, where she had arrived for a holiday.

You know that feeling when you meet someone and instinctively know that you’re going to be really good friends? Or even if you don’t speak every day, there’s something about them that resonates at an inexplicable level?

Over the next 5 years, we kept in touch almost every week. We exchanged mundane details, book titles, poetry, photographs, and experiences that made up the fabric of our lives. We never met each other again, not physically at least, but every time either of us experienced something that made us light up with wonder or joy, or moved us profoundly, or was really silly but made us laugh, we would share it with each other.

It was a bond that occupied a space somewhere between friendship, sisterhood, and something deeper. A tribe of two.

I had a sense of what her day job was. She had an inkling about what I considered to be my calling, palliative care. We never spent too much time discussing those things. When I think about it now, it seems a bit strange. What bound us was our shared love for the mountains, for the forests in the high reaches. And for words—words woven well.

Every now and then, a book would arrive in the post—something she loved reading. And rather than send me the link, she would have it delivered to me. No note attached, but the book itself would be annotated. Words underlined to let me know what she found meaningful. And invariably I discovered that they were the words I would have underscored myself, had she not gotten there before me.

She sent me pictures of prayer flags fluttering at 14,000 feet, accompanied by captions that were really prayers. I would receive photographs of dogs that followed her on mountain trails, that she fed and cuddled. There were random hugs. And many laughs. Over time, our sign offs turned into, “Love you. Look after yourself.”

She was one of those people radiantly illuminated from the inside.

Today, her ashes were laid to rest. Immersed in the Pangong So in Ladakh, as per her wishes. Her father—a man I had never spoken with till 27 days ago, when I heard of her death—called me. He addressed me as “beta”—child—and sent me pictures of her final resting place. A confluence of water, air, and earth, where a lake of impossible aquamarine hues is nestled in the lap of the tallest mountains in the world, under the biggest sky. Of course, that is where she should rest.

She was diagnosed with cervical cancer a couple of years ago. In spite of the best medical care available, the disease got bad enough to put her in diapers and require a colostomy bag. She couldn’t turn over in her sleep for fear of soiling her sheets. She hurt in ways no one should. She fought to keep her dignity as she bled and leaked all kinds of fluids. But she met each challenge with unmatched grace.

I tried as hard as I could to convince her to get palliative care. But she was in a city far away, and worried her attending doctor would be offended by the suggestion of palliative care, because he didn’t think she was “there yet.”

In November 2020, she got very sick and had to be put in the ICU where she was unconscious for the most part. She was discharged on January 4, 2021, and was told that her mother had died the day before from COVID-19. Her father was infected, so she couldn’t go home to grieve with him.

She wrote, “I’m not afraid of dying. I don’t think it’s my time yet. I just want to make it back home to the mountains.”

My last message to her was “You will.”

The next message I received was from someone I didn’t know, texting me from her number. “She died this morning” is all it said.

Seeing the pictures of the lake and the mountains where her ashes will rest hurt in a way I cannot describe. I’m heartsore for her father, who has now lost both his children and his wife. While I couldn’t be more grateful for her friendship and love, and that her final resting place was where she wanted it to be, I am also left enraged and bereft.

The seminal event that propelled me into palliative care was my mother’s death from cervical cancer. That was 21 years ago. 21 years later, another woman I love has died in the same excruciating agony, in spite of all the apparent medical advancements.

Cancer of any kind, in any part of the world, is a travesty. It is particularly problematic in India, where more than 80% of cancers are diagnosed late. And to have cervical cancer is nothing short of a tragedy. The intersectionality of cancer, gender, and low-resource settings causes unparalleled suffering.

I am enraged that women are discriminated against and are denied timely treatment in our society. Cervical cancer affects women in their sexual organs, which makes it a disease veiled in lethal silence. The already poor health-seeking behaviour of women is further exacerbated. Women eventually seek help when the condition is beyond help. Advanced cervical cancer often causes malodorous discharge and bleeding, which can trigger shame, humiliation, isolation, and severe distress. The pain associated with cervical cancer can be especially difficult to control due to its location—an area replete with sensitive nerve endings. Evidence indicates that up to 45% of women with the disease are abandoned by their partners.

Perhaps the greatest tragedy is that, paradoxically, this disease is almost completely preventable by vaccinating adolescent girls, but India does not yet have a comprehensive immunisation program in this context.

This kind of cancer is almost completely curable if detected and treated early, and yet, India has approximately 120,000 new cases of cervical cancer diagnosed annually, and bears about one-fifth of the global burden. It is the second most prevalent cancer amongst women in the world.

It is a systemic failure on a colossal level that allows this kind of suffering to run riot unabated.

We, people of all genders, need to talk about this disease. We need to encourage regular screening and routine HPV vaccination. We need to demand that thousands of women should not be going through this every year when they don’t need to.

My beloved G. May the winds carry you home.

Ms. Rana is the director of programmes at Pallium India Trust. Trained as a psychologist, she heads the policy advocacy, strategic partnerships, and community engagement divisions. She represents the Trivandrum Institute of Palliative Sciences (A WHOCC for Training and Policy on Access to Pain Relief) in addressing issues related to access to opioid analgesics for medical use in the South-East Asia Region (SEAR). She has a special interest in cervical cancer, end-of-life care, advanced care planning, and caregiver advocacy. Disclosure.

Smriti spins gold with words. Impactful. Riveting. One of my favorite writers!

Subscribe to this column
May 02, 2022
Advancing Research in Resource-Limited Settings: Map the Science in Your Country, Build Your Short-Term Vision
Apr 27, 2022
An IDEA Goes a Long Way
Apr 20, 2022
Being an IDEA Recipient From a War-Torn Nation
Apr 18, 2022
Advancing Research on Cancer in Resource-Limited Settings: Don’t Be Just a Passenger, Be the Pilot!
See all Posts