A Lesson From Joyce: Perfect Shouldn’t Be the Enemy of Good 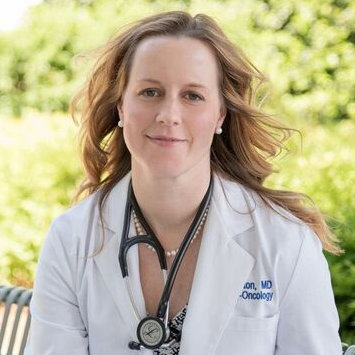 I met Joyce* in May 2018—cancer wasn’t new to her, but finding treatment she was comfortable with was. She noticed a mass in her breast in August 2017 and immediately sought evaluation. Mammogram and biopsy revealed a HER-2 amplified breast cancer and she was referred to one of my partners for neoadjuvant chemotherapy. Her course became complicated from there, because Joyce wasn’t interested in chemotherapy. She and her oncologist didn’t agree on the plan for her treatment. Chemotherapy didn’t align with her beliefs for the health of her body and was the one thing she would not accept. Her oncologist thought curative-intent chemotherapy for a node-positive HER-2 amplified breast cancer was the only reasonable choice. She met with him twice, and he recommended neoadjuvant TCHP chemotherapy both times—the same thing I would have recommended. However, they couldn’t compromise, and she never went back. The surgeon didn’t offer her surgery at that point either; he just tried to persuade her to take chemotherapy. So she never went back to him either.

Interestingly, it was an alternative care provider in Germany who encouraged her, almost 10 months later, to give our health care system another shot. By the time she came to see me in May 2018, she had a large swollen breast with skin involvement and matted axillary lymphadenopathy. I had read her history, and knew what I was up against. And then, I met Joyce. She wasn’t what I was expecting.

Joyce is reasonable. Many oncologists would argue that not taking chemotherapy when you are young and healthy, for a curable condition, isn’t reasonable. And, I would too. But everything else about Joyce is reasonable. She is easy to talk to and fun to be with in a room. She is extremely intelligent. Most importantly, she truly listens to what you say. But, Joyce will not take chemotherapy.

We talked about trastuzumab and pertuzumab—HER-2 antibodies and how they target the cancer cells that overexpress the target and leave normal healthy cells alone. I explained how these were not chemotherapy, but also how they weren’t without side effects, especially the need to monitor heart function and the potential for significant diarrhea. She was willing to take this therapy, willing to get a port, and willing to do the staging scans. When those scans unfortunately suggested metastatic disease, she was willing to undergo the recommended biopsy to confirm HER-2 metastatic disease. I had to tell her she had incurable disease and she did not cry, but quietly told me that she suspected as much. Ten months ago, she received no treatment at all for her potentially curative cancer, and now she was incurable.

For Joyce, perfect had become the enemy of good. In the quest to make sure she had “perfect” treatment, no one compromised (not her, nor her doctors) to make sure she at least received some sort of “good” treatment. I told her that she would need to be on therapy for the rest of her life to try to keep this cancer under control. She told me she would not take chemotherapy… but she would consider other things I thought could help her. We compromised.

It was then that Joyce confided in me that she and her husband were spending their savings to go to Germany for a month-long intensive alternative medicine program. She would leave in less than 2 weeks. To be honest, I didn’t think it was a good idea. It made me feel crummy all the way around. It made me sad to think that she was spending all her money to travel overseas for something I didn’t think would work when I was very confident I had therapies here that would help her. Not to mention, therapies that her insurance would pay for. I didn’t try to dissuade her from going, I knew her mind was set. She had been planning this for months. I had 12 days before she left. We compromised. She started trastuzumab/pertuzumab and I asked her if she could please get her second treatment in Germany while she was there, but she said the drugs would likely be expensive.

Joyce came back to clinic several weeks ago. Her breast looks amazingly better. It isn’t as red, it is closer in size to her contralateral breast, and her lymph nodes are no longer painful. Joyce was beaming when she told me that her body has never been stronger. She brought me lists of the diet she was on, the supplements she took, and the exercise and mind/body classes she attended. She did not receive her scheduled dose of trastuzumab or pertuzumab while she was in Germany because they were expensive, and with how much the trip cost, she didn’t have the money to pay for them. And then, I hesitated. I didn’t want to alienate her, didn’t want to drive her out of the health system again, but I had to make sure we were on the same page. I asked her when she noticed her breast was improving. She looked at me and confidently stated, “It was getting better before I got on the plane. A week after the infusion. The drugs you gave me did it.”

I told her I was happy that she was improving, and happy that she felt so well after Germany. We agreed to stay on schedule moving forward with this therapy and to re-scan in two cycles. We compromised. She agreed to tell me all the supplements she is taking and to not hide things from me. We talked about which of her supplements were okay to take with her prescribed drugs, which I couldn’t find information on, and which ones I was absolutely not okay with. Many were important to her and ultimately I knew where we would end up if I wasn’t willing to give her therapy because of her supplements. There was give and take about which ones she would continue. We compromised.

I am not known for being the most flexible person. I am not the friendliest physician to alternative medicine. I have seen more than a handful of patients leave standard therapies for alternative medicine and none of them have had their cancer respond. One of them, in fact, died within a week of receiving IV hydrogen peroxide in another country from fulminant liver failure. I am not tolerant of foregoing traditional established therapy altogether in pursuit of alternative unproven therapies, because I know the data show there is a greater risk of death (HR 2.08, 95% CI 1.50-2.90).1

On the other hand, complementary medicine, or therapies used in combination with standard care, I wholeheartedly support. Complementary medicine has well-proven benefits and can help our patients tolerate the therapy we give them even better. I refer patients to acupuncture without hesitation. I recommend a well-balanced healthy diet, and believe that good health and nutrients can improve your body’s ability to fight disease. But, I also tell patients that birthday cake or sweets now and then will not cause their cancer to grow.

I discourage many supplements because: a) some are known to be harmful to organs that are needed to process the drugs I give; b) it is a painstaking process to investigate each one, sorting the offenders from the benign; and c) it is out of my comfort zone and education to do so. However, in 2018, up to 62% of patients with cancer may be using complementary or alternative medicine2-4; there is suggestion that this is highest in the United States compared to other countries,3 and expenditures for alternative medicine services may be up to $27 billion per year (comparable to estimated out-of-pocket costs for U.S. physician expenditures)5. This is not something that we receive much education about in our training, but is something that I need to become more comfortable with.

Joyce’s breast cancer will progress on trastuzumab and pertuzumab. Hopefully not for a while, but it is a given. My plan would be for her to next receive trastuzumab emtansine. It has chemotherapy as a part of it, but it isn’t chemotherapy in the traditional sense. I will be honest with her and tell her what it is and what it isn’t. I am hopeful that with my explanation she will put T-DM1 in a different “bucket” than traditional chemotherapy, as I do, and be willing to take it. I don’t know what will happen, what she will decide.

I do feel confident that Joyce will still be my patient, still be in our traditional health care system, and that we will walk that journey together when the time comes…and we will compromise.

Dr. Hamilton is the director of the Breast and Gynecologic Research Program at Sarah Cannon Research Institute. She serves on the ASCO Annual Meeting Scientific Program Committee. Follow her on Twitter @ErikaHamilton9.

As a patient advocate and having the chance to talk to a mix of cancer patients, I would suggest to both patients and physicians that they discuss very openly exactly what the patient understands chemotherapy to be, and how he/she will likely react to it.  I would further ask what experiences have led to that understanding, and also what the patient fears the chemotherapy will do in his/her case.  Too often a patient will remember a relative who had a miserable and futile experienc with chemotherapy, yet upon being asked to expand on that, will realize that that "chemo" happened twenty years ago, with another type of cancer, and with or without surgery.

It is very easy to latch onto the emotional impact of such an experience, and not realize that times and treatments have trained.  My father died of prostate cancer 30 years ago, and yet it took me at least 15 years not to same a quiet 'goodbye' to the newly diagnosed friend, assuming that they were doomed.  Often a simple, "What makes you think that?" can open a conversation and let the two parties have a more accurate and informed discussion.  And it doesn't hurt for the doctor to remind the patient that they have learned a lot since that chemo, that death, that extreme response.