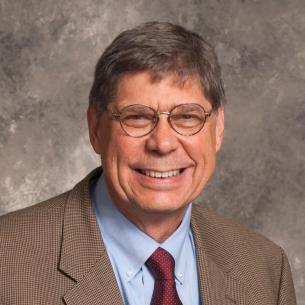 What is old, is new again. Off-label use of oncology drugs is common; and has long been the focus of controversy. Payers are often confused by the broad use of a therapeutic across seemingly unrelated diagnoses. They look to the FDA label for guidance on the specific use of a drug. Yet the FDA-labeled indications for a given drug are often narrow and frozen in time.  After the loss of patent protection, few companies invest in the costs to present evidence for a new "label" indication for a drug. An example is cis-platin, which is 'labeled' for use in metastatic testicular, metastatic ovarian, and "advanced" bladder cancers. This labeling clearly does not reflect the current usage of this drug.

In the late 1980s and early 90s, the off-label issue was the impetus for oncologists to organize regionally to fight for regulatory and legislative relief. Many state oncology societies were organized to press state insurance boards and legislatures to mandate rationale mechanisms on which to base payment of off label oncology drugs. In 1993, Senators Rockefeller and Levin penned eponymous legislative language that outlines methodology for CMS coverage for off label oncology drugs. That mechanism defined three pathways for off label coverage[i]. By far the most widely used is the compendia listings that practices use daily to justify the use of drugs for specific diagnoses. The legislative language originally detailed three specific compendia, however, over the past twenty years these have changed.

In 2008, CMS updated the compendia system and created a process for evaluating current and new compendia[ii]. There are now four approved compendia that are used (DrugDex©, Clinical Pharmacology©, AHFS, and NCCN©). If an off-label indication is listed in any of the compendia as being supported at a given level of evidence AND is not defined by any one of the compendia as being useless, then an oncologic drug should be covered for that indication. Rockefeller / Levin also defined two other paths for coverage. One was that if a particular indication was supported by studies published in high quality peer reviewed journals, then coverage should be allowed. CMS has recently updated that list of "approved" journals[iii]. And lastly, the act allowed a carrier leeway to cover an indication for a drug if "medically accepted as generally safe and effective." These same processes for off-label approval have largely been adopted by private carriers. By and large, over the past two decades, oncology patients have been able to get the treatments prescribed by their oncologists under these mechanisms.

But times do change. For many reasons, scrutiny over the use of oncology drugs is rampant. The contribution of the costs of our therapeutics to the rising costs in health care is adding to this focus. We certainly have many more therapeutics at hand than we did in the early 90s. With better science and greater evidence informing our practice, oncologists must accept more accountability.

Rockefeller / Levin defined mechanisms to allow payment for oncology drugs used off-label, though regulatory language by CMS has always left open a degree of discretion and judgment for coverage to the local carrier. Many carriers are beginning to exercise this judgment and ask practices for more information on individual patients treated with new therapies. Private insurers do the same.

Compounding the scrutiny that insurers and regulators bring to the off-label issue is public and legislative scrutiny of the approval processes at the FDA. The agency has been buffeted by post approval drug safety concerns. Narrowing of approval language to specific, evidence based indications is clearly the order of the day.

Such are the elements of the current time -- pressures to control costs; a focus on evidence-based care and accountability; and heightened awareness of drug safety and transparency creating more specific and narrow terms for approval and labeling of drugs. Add to these issues the changes in the infrastructure of practice. Adoption of EHR and the upcoming transition to ICD-10, allow for more accurate, specific and detailed diagnosis coding on claims than the current ICD-9 codification. The complexity of off-label drug use in oncology will be re-defined by all of these parameters and more.

It is easy to see that through the seemingly narrow portal of the off-label coverage issue, one can enter the entirety of the issues of measuring and quantifying the "value" of individual therapies. At heart, whether it is the patient, the payer, or the regulator, the issue of whether a given treatment should be paid for a given diagnosis is one of value. This demands more information and research. Our profession must help define the constructs of these arguments so that our patients can benefit from the therapies available.

I was prompted to reflect on off label issues by the article in this Journal by Van Allen and co-authors [iv] (http://jop.ascopubs.org/content/7/2/76.abstract). They illustrate many of these issues related to off-label use by looking at the use of rituximab. Their data is drawn from a large multi-payer insurance database. We can imagine that similar analyses are ongoing by individual payers and regulators.