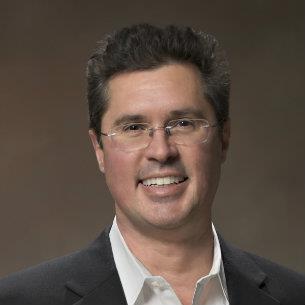 Dorothy’s* gurney rumbled beneath her during transfer from an outside hospital to my care. Her surgical disaster stumbled headlong into an unsuspected cancer, truncating the procedure and making a bad situation worse. Her case now required the perspective of a gynecologic oncologist. Within a few hours, Dorothy underwent an incomplete surgery and learned that she had a metastatic cancer. Adding to the misery, she transferred from the comforts of her hometown community hospital to the capabilities of a large regional medical center. This was not a good day. But although she was frightened, she remained poised.

Dorothy transferred specifically for my services but I was not the first physician to meet her. I was otherwise entangled within another’s organs, debulking cancer. Dr. Sherry, the senior resident physician on the oncology service, reviewed Dorothy’s records, performed a thorough history and physical exam, and attempted to reassemble the pieces of a crimped, but not crushed, spirit. When I completed surgery, Dr. Sherry presented to me the particulars of Dorothy’s case: her exam, CAT scans, pathology, and operative reports. I developed a management plan. We moved quickly to share this with Dorothy and her husband. On the way to the room, Dr. Sherry quipped, “I told her that you were one of the ‘good’ guys.”

“Thanks,” I said, assuming this comment was an affirmation of my clinical prowess. Although unknown to me at the time, I had completely misinterpreted Dr. Sherry, but more out of ignorance than ego.

We found Dorothy resting quietly and guarded by her husband, John*. Despite the pain of yesterday’s surgical attempt, Dorothy remained gracious and accepting as I described a complex plan of repeat surgery, followed by chemo and radiation. “I understand this sounds like a lot, but you have an advanced cancer that will require us to be aggressive,” I concluded. “We need to take this plan one step at a time.”

John, the proud owner of a remarkably effective hairy eyeball, was having none of it. “Why are you going to operate? She just had an operation and they said it couldn’t be done,“ he challenged, with a firm, slowly percussive cadence followed by a long silence. I later learned that John was the assistant principal at a local high school. Intimidation was his thing. And he was either innately gifted or exquisitely skilled in its techniques. Perhaps both.

“Well, this is why you are here. I’m a cancer surgeon. I’m trained for these complex cases. I cannot guarantee outcomes and there are some risks, but given Dorothy’s exam and scans, I’m confident we can get this tumor out. Why don’t you both talk it over and we’ll be back to answer any further questions that you may have.“ I turned to leave.

Dorothy sang, “Have a blessed day.”

It was really hard not to fall in love with this woman.

“It was nice to meet you both,” I said, closing the door. Dr. Sherry chose to stay with them for a few minutes, and then eventually joined me in the hallway, saying proudly, “I talked them into it.”

“It must be hard to hear so many different recommendations in such a short period of time. Who do you trust? This is truly life-and-death decision-making,” I said.

“Yeah, and we black folk can be a little suspicious of the system,” Dr. Sherry returned. “You know, Tuskegee and all.” This is the point when I mention that Dr. Sherry, Dorothy, and John are African-American, and I’m a white guy from New England.

Race and institutional racism. This deeply rooted societal injustice affected Dorothy’s complex medical decision-making. And I never recognized it as the thing that nearly hijacked her care plan. As a physician, I take great pride in my ability to understand each patient’s cancer burden and to help them in making decisions consistent with their personal values. I cannot think of a case where race has been an important issue in decision-making, because, race has never been an important issue for me. I very rarely think about it. I very rarely have to.

Illness is the great equalizer. It sees no race. It hears no language. It understands no ethnicity. And it doesn’t care whether you live on Park Avenue or in poverty. My job as a physician is to treat the illness. So I never really thought that race mattered in my job because it didn’t matter to me.

Yet, it does matter. I do need to think about it.

During my residency, eight of us docs squeezed into a minivan and traveled to the big city for an evening lecture followed by a nice dinner. After a rare social evening of fancy meals and fun, we returned to the van parked on a dimly lit street. We once again piled in. Two 20-ish-year-old black men crossed the road about 100 feet in front of us. We all heard the unmistakable pop as the driver instinctively hit the “lock all” button on his console. Dr. Wayne, our most senior colleague who also happened to be the only black man in the car, joked, “Did you just hit that button because of those guys? I’m going to holler out the window, ‘Hey, brothas! There’s some rich white doctors in this car. You should come over here and rob ‘em.’” We all laughed awkwardly and apologized. Dr. Wayne had made his point.

When I was a fellow, Dr. Hank, a black African immigrant, got the flu and called in sick for a couple days. Realizing that it was close to Christmas, he took advantage of a free hour to get his wife a gift. Feverish, he put on two coats, a large scarf, wrapped around his neck several times, and a knitted cap, pulled down to his eyebrows. He later described a scene of himself stumbling, dazed and profusely sweating, into a jewelry store. His story ended laughingly with, “I’m surprised I wasn’t shot.” That ending wouldn’t have entered my mind. We both chuckled, me uncomfortably.

I am privileged to give race little thought. But when I do, I struggle to understand why people can’t treat people like people. We’re all created equal, right? After creation, though, things seem to go awry. We start fearing those that look different or pray different or sound different. We fear “different.” And those fears are tangible forces that creep into my life and influence me whether or not I choose to acknowledge them.

I never gave it a thought that my patients may distrust me because I represent a health care system with a history of institutional racism. I never considered that race might influence medical decision-making. I never realized that a quick flip of a “lock all” button belies any outwardly professed belief in “and justice for all”. And I can’t fathom the idea that I may get shot entering a jewelry store while febrile. These are things that simply don’t enter my mind. But my patients and my colleagues don’t have the luxury of ignoring this reality, and now that I know, I can’t ignore it either.

Dorothy’s second surgery went well. She recovered predictably more slowly than if her surgical goal were accomplished in a single procedure. The intensity of Dorothy’s treatment, all of which I managed, allowed us to become fast friends. She visited us only in her Sunday best, beautiful dresses and hats of vibrant colors and patterns, her makeup always flawless. Each visit ended with her heartfelt proclamation, “Have a blessed day!” Over time, John’s intensity diminished. His protection did not. Dorothy was far too precious to him. But rather than a bodyguard fending off enemies, he assumed the role of a sentry in a tower, ever vigilant, ever prepared, but at a safe and healthy distance, so that Dorothy could get the treatment she needed.

Dr. Sherry, throughout her 4-year training in our department, entertained me with stories of far-off lands, like inner city Baltimore. Each tale spoke to hardship and sacrifice and family and a completely unfamiliar culture. Each tale resolved hilariously. For Dr. Sherry, humor was a tool that kept us listening long enough to learn the lesson. It was her ability to see beyond my blind spot, to identify race as a barrier to good medical care, which allowed me to better care for Dorothy. And it was her intervention which put my patient and me on a pathway toward a trusting relationship.

I thought providing good care was enough. I thought treating everyone the same was enough. But the post-racial world I wish to live in is not reality. So rather than living as if we are beyond racism, it’s time to recognize the role that it plays in my medical practice. I need to ask my patients their feelings on it. Because the status quo only becomes the status quo when we stop questioning the reasons behind it.

Subscribe to this column
May 23, 2018
Blind Spot: Thoughts on Race and Medicine
Mar 12, 2018
The New Abnormal: How a Regular Person Becomes a Doctor
Jan 17, 2018
The Roads Taken: Resilience in the Face of Changing Treatment Plans
Dec 18, 2017
Ode to the Needy Patient
See all Posts