Guest Commentary
Jan 19, 2023
Everyday Ethics: Ethical Considerations Surrounding Medical Interpretation in the Oncology Clinic
Dr. Kathryn DeCarli and Dr. Jonathan Marron consider the actions an oncologist must, ought, and should take when offering professional medical interpretation services to a patient.

Edward P. Balaban, FACP, DO, FASCO
Dec 08, 2022
“Aloha…This Needs to Be Said”: Report From the AMA House of Delegates
ASCO’s delegation to the American Medical Association’s House of Delegates (AMA HOD) recently traveled to Honolulu for the Interim meeting. Our resolutions primarily focused on the threat of legislation that could criminalize medically necessary care in the wake of the Supreme Court’s decision...

Guest Commentary
Dec 07, 2022
How I Survived My Job: Advice on Work and Life for My Younger Self
“Sitting here now, at 51 years old and as a cancer survivor of five years, the importance of self-care has become quite clear to me," writes Dr. Doug Flora.

Frank L. Meyskens, MD
Nov 28, 2022
Meeting the Navajo: The Impact of Culturally Sensitive Care
I began my medical career in Arizona, where I received an early lesson in the importance of cultural sensitivity thanks to members of the Navajo Nation from the Four Corners region.
Subscribe to this column 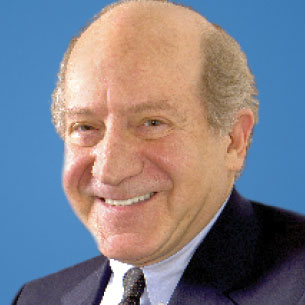 Jonathan S. Berek, MD, MMS, FASCO, is the Laurie Kraus Lacob Professor and Director of the Stanford Women’s Cancer Center at the Stanford Comprehensive Cancer Institute, where he specializes in gynecologic oncology. He is also Chair of the Department of Obstetrics and Gynecology at Stanford. An ASCO member since 1983, he is the Co-Chair of the Management of Cervical Cancer Guideline Expert Panel. He has also served on numerous other ASCO committees, including the Scientific Program Committee and the Cancer Education Committee.

Dec 22, 2016
A Fond Farewell (As Editor In Chief)
When I first took the helm of ASCO’s member publication in 2006, ASCO Connection was very different—so different, in fact, that it was not even called ASCO Connection!
Oct 25, 2016
Challenges and Triumphs of Women in Oncology
While every issue of ASCO Connection features the expertise, perspective, and achievements of women working in our field, this issue’s cover story is dedicated to examining the challenges still faced by women in medicine. We can all be allies in confronting sexism (and other forms of discrimination...
Aug 24, 2016
"I Think We Should Get a Second Opinion"
It’s abundantly clear that more heads are better than one when it comes to cancer care, and that working together as a team of experts (including the patient, who is the expert on their life) leads to the best outcomes.
Jun 29, 2016
Beginnings and Endings
I began serving as Editor in Chief of ASCO Connection in 2006, and will conclude my second term in December 2016. It has been—and is!—a pleasure to lead our member publication, and it will be hard to say goodbye at the end of the year.
May 25, 2016
Addressing Global Cervical Cancer Disparities with New Resource-Stratified Guideline
Today ASCO issued its first clinical practice guideline on invasive cervical cancer, with recommendations organized according to health system resource availability levels. I was honored to serve as Co-Chair of the Expert Panel, along with Dr. Linus Chuang.
Apr 28, 2016
Finding Inspiration and Connection at the ASCO Annual Meeting
The first ASCO Annual Meeting that I attended was in 1982, soon after I completed my fellowship in gynecologic oncology. It was an inspiring experience that stimulated and encouraged my continuous participation in our extraordinary Society.